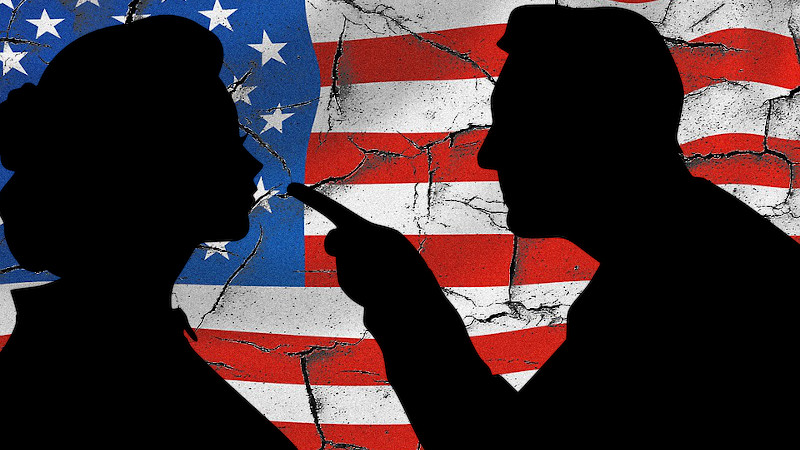 Unity and bipartisanship sound wonderful. But can anyone explain how “building bridges” to today’s GOP will get anything done?

Republicans now demand “unity” even as many embrace the big lie that President Biden stole the election from Trump — and even after some cheered on the attack on the U.S. Capitol that killed five.

But the bigger difficulty is that there can be no reasonable compromise between those determined to confront the crises America faces and those who deny that the problems exist — and have indeed aggravated them.

Climate change is upon us: violent superstorms, rising seas, flooding, wildfires, new diseases. But the differences between Democrats and Republicans are not about the best ways to reckon with climate change. They’re about whether climate change is real at all.

President Trump, with support from the rest of the Republican Party, called climate change a “hoax,” actively promoted fossil fuels, and reversed every step taken to stave off climate disaster. There is no “working with” the party that is working directly to worsen the problem.

Likewise for racial bias in American life. This past year massive, multiracial protests against racist police violence and impunity swept the nation, and much of white America finally accepted that racism and white supremacy are ugly realities.

But not the GOP. The Trump-led party cozied up to the “very fine people” who unleashed racist violence in Charlottesville and to the racist street gangs Trump urged to “stand by” until he could fire them at the Capitol.

Promoting white racial resentment has been key to the Republican playbook for decades. So don’t ask the fox to work with the farmer to keep the chicken coop safe.

Finally, should Democrats look for middle ground with Republicans in responding to the pandemic?

Donald Trump made the lethal, worldwide contagion a partisan issue when he claimed it was another hoax and instructed his faithful to fight mask-wearing and social distancing. He developed a movement dedicated to sabotaging the COVID-19 response, threatening public health officials, and demanding businesses reopen whatever the human cost.

Even as Republicans promoted the “liberty” of Trump’s followers to infect others with COVID-19, they opposed strong action to help those tens of millions of Americans facing lost jobs, foreclosure, eviction, and hunger.

Why are Republicans so set against our government protecting us from the consequences of the coronavirus? It’s not really about deficits, which they happily exploded with tax cuts for the rich and bloated Pentagon budgets.

Their real fear is that President Biden’s big response might actually work. They’re counting on Americans continuing to suffer, which may bolster Republicans in the next elections.

So forget about working “with” Republican political leaders.

“Unity” to solve our key problems isn’t possible. Nor is it necessary. Instead, the Democrats should exercise their power without begging for support from Republicans.

Voters gave Democrats the power to put their program into effect. They should seize the opportunity to move boldly, with or without the losers. The voters will get to see how that works out and decide in the next election whether they like what they got. That’s how democracy works.

America desperately needs effective government. If it is “partisanship” for the Democratic Party to provide that without the pretend cooperation of Republicans, let’s have more partisanship.

*Mitchell Zimmerman is an attorney, longtime social activist, and author of the anti-racism thriller Mississippi Reckoning. This op-ed was distributed by OtherWords.org.