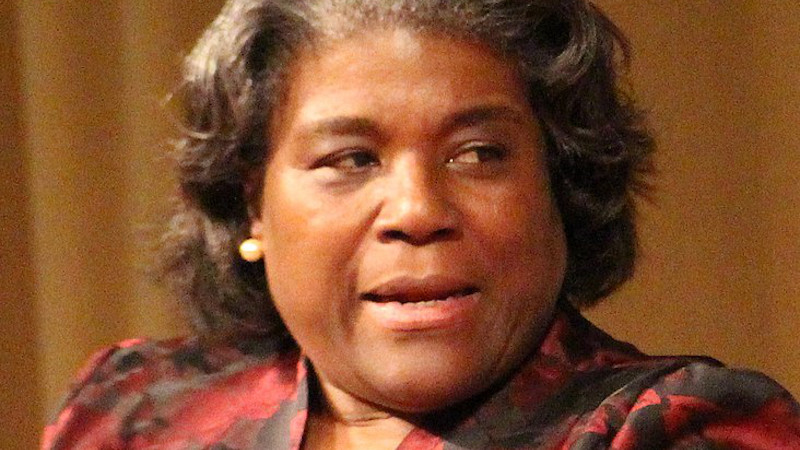 There is a myth that removing Donald Trump from the White House has somehow magically changed the overwhelmingly anti-Palestinian nature of American politics. In fact, it has not changed in substance. It has changed in tenor. What I mean is that, while Trump screamed pro-Israel rhetoric and actions, the Democrats whisper it in a muddle of smoke and mirrors that balance sympathy for Palestinian suffering against the overwhelming political benefits of being pro-Israel.

After the 1993 Oslo peace accord was signed by Israeli Prime Minister Yitzhak Rabin and Palestinian Liberation Organization Chairman Yasser Arafat, then-US congressman Jim Moran told me bluntly, while at a pro-Arab conference in Washington, that among the biggest challenges he faced in fighting for Palestinian rights was the absence of consequential support from the Arab and Muslim communities. Their voices were loud, but the substance of their support was weak, especially in comparison to the pro-Israel movement.

Moran, who represented Virginia’s 8th District from 1991 until 2015, faced an overwhelming onslaught from the pro-Israel lobby, activists and the media. He was viciously attacked every time he spoke up in defense of the Palestinians and frequently denounced as “anti-Semitic.” The only saving grace was that Moran was a phenomenal representative for his constituents and their unwavering support countered the harshness of the attacks from outside of the district.

You see, in America, truth is meaningless when it is confronted by an overwhelmingly powerful force of lies.

Moran was a Democrat and he got very little support from others in his party, except for those few lonely souls in Congress who had the courage to speak out against the lies about Palestine that shielded Israel’s atrocities and human rights violations.

It is amazing to me as a Christian, whose mother is from Bethlehem, that the majority of American Christians can’t seem to break through the pro-Israel propaganda to see how their own brethren in Palestine have been oppressed, violated and diminished by Israel’s policies. The only narrative Americans are allowed to hear is the big lie that Israel is right and the Palestinians are wrong.

I was this week reminded of what Moran had told me while listening to the Senate hearing called to confirm former Assistant Secretary of State for African Affairs Linda Thomas-Greenfield to the post of US ambassador to the UN, which is the one forum where Israel’s lies are often called out.

You might think that, being African-American, Thomas-Greenfield might sympathize with the struggle Palestinians face. Using superior military force, Israel managed to take control of all of Palestine, even denying that Palestinians ever existed. If you don’t exist, how do you have any rights?

But Thomas-Greenfield has no real sympathy for the Palestinians, a counterbalance to the seemingly supportive rhetoric of President Joe Biden.
During her confirmation hearing, Thomas-Greenfield didn’t hesitate to strike at the heart of the Palestinian cause, attacking the Boycott, Divestment and Sanction (BDS) movement, saying that it “verges on anti-Semitism.” She vowed to prevent the voices of BDS from using the UN as a forum to challenge Israel’s human rights violations, saying: “I find the actions and the approach that BDS has taken toward Israel unacceptable. It verges on anti-Semitism, and it is important that they not be allowed to have a voice at the United Nations. And I intend to work very strongly against that.”

What is BDS? A movement to prevent Israel from profiting from land it has stolen in the Occupied Territories. Israel has created hundreds of settlements in the West Bank and in East Jerusalem and their residents harvest the lands that were forcibly taken from Christian and Muslim Palestinians like my own family.

My family owns nearly 9 acres of land close to the illegal Israeli settlement of Gilo, adjacent to East Jerusalem, where my father’s family lived for centuries. But, according to America’s presumptive new UN ambassador, we don’t have any rights. Without rights to our land, which is occupied by Israel, we are denied our human rights.

Sure, there are some extremists who expand BDS to include boycotting all of Israel, arguing that the state of Israel empowers the human rights abuses in the Occupied Territories. It is an internal debate that divides the Palestinian community. But for someone like Thomas-Greenfield to take the powerful American podium at the UN with such strong devotion to a one-sided narrative is discouraging.

In a world where justice and truth trump politics and power, Israel should be forced to acknowledge the rights of the Palestinians who live under occupation.

Thomas-Greenfield’s UN role leaves you wondering whether things really have changed in substance since Trump, or whether we are just seeing a different facade.