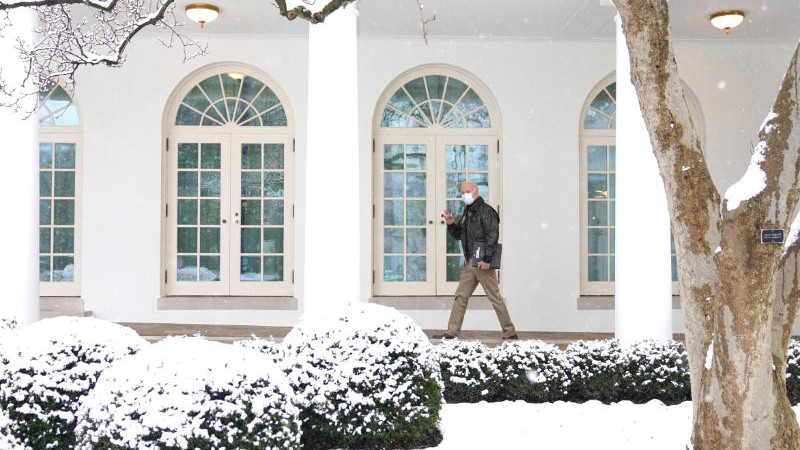 “For almost a decade, the people of Burma have been steadily working to establish elections, civilian governance, and the peaceful transfer of power,” Biden said in a statement Monday, noting that Washington had lifted sanctions against Myanmar, also known as Burma, during its transition to democracy.

“The reversal of that progress will necessitate an immediate review of our sanction laws and authorities, followed by appropriate action,” the statement said, urging other nations to do the same.

The U.S. Senate said it was closely monitoring the situation Monday.

“Congress stands ready to work collaboratively with the new administration to resolve the situation,” Senate Majority Leader Chuck Schumer said in a statement.

The U.S. is one of many governments around the world, as well as the United Nations, to express serious concern over the Myanmar military’s takeover of the country and called for the release of detained political leaders.

In a statement issued by his spokesperson, U.N. Secretary-General Antonio Guterres expressed “grave concern regarding the declaration of the transfer of all legislative, executive and judicial powers to the military. These developments represent a serious blow to democratic reforms in Myanmar.”

Tom Andrews, the U.N. Special Rapporteur on the situation of human rights in Myanmar, urged countries to consider sanctions against Myanmar, as well.

“Decisive action is imperative, including the imposition of strong targeted sanctions, and an arms embargo until such time as democracy is restored,” he said in a statement.

Humanitarian organization Refugees International also condemned the situation in Myanmar, reiterating in a statement that it has been concerned about the military’s treatment of civilians for years.

“The Myanmar military has a history of targeting ethnic minorities for abuse and is responsible for committing genocide against the Rohingya. The coup also raises concerns about access to those in need of humanitarian assistance, particularly forcibly displaced people who are already among the most persecuted and vulnerable,” Daniel P. Sullivan, senior advocate for human rights at Refugees International, said in a statement.

The European Union, Britain, Australia, India, Japan, and Singapore all expressed their concerns about the situation.

The Association of Southeast Asian Nations (ASEAN) appealed for “a return to normalcy” in Myanmar — a member country of the association.

“We reiterate that the political stability in ASEAN Member States is essential to achieving a peaceful, stable and prosperous ASEAN Community. We encourage the pursuance of dialogue, reconciliation and the return to normalcy in accordance with the will and interests of the people of Myanmar,” Brunei, the current chair of the 10-nation bloc, wrote in a statement.

Myanmar’s military seized control of the country Monday under a state of emergency set to last one year, citing a lack of action on its claims of voter fraud in November elections. Hours earlier, Myanmar’s de facto leader, Aung San Suu Kyi, and other officials from the ruling National League for Democracy party, were detained.

China, one of Myanmar’s most important economic partners, said it was still gathering information about the recent developments.

“We have noted what happened in Myanmar, and we are learning the further situation now. China is a friendly neighbor of Myanmar. We hope that all parties in Myanmar will properly handle their differences under the constitutional and legal framework and maintain political and social stability,” a Foreign Ministry spokesman said.