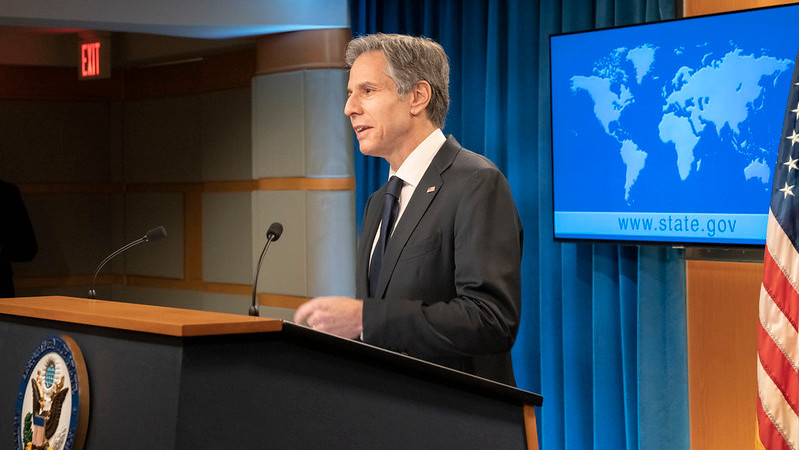 Iran will be weeks away from building a nuclear bomb if it stays on its current path, US Secretary of State Antony Blinken warned on Monday.

In his first TV interview since his appointment was confirmed last month, Blinken said Tehran was months away from being able to produce enough material for a weapon, but it would be “a matter of weeks” if it continued to breach the terms of the 2015 nuclear deal.

The future of the Joint Comprehensive Plan of Action (JCPOA), the agreement to curb Iran’s nuclear program in return for an easing of economic sanctions, is an early foreign policy challenge for the new Biden administration.

Donald Trump withdrew from the agreement in 2018 and reimposed sanctions that have crippled the Iranian economy, and Tehran has responded by gradually increasing its enrichment of uranium beyond what is permitted under the deal.

Blinken said on Monday the US was willing to return to compliance with the JCPOA if Iran did, and then work with US allies and partners on a “longer and stronger” agreement encompassing other issues.

Iran has rejected any new negotiations or changes to the participants in the JCPOA, after French President Emmanuel Macron said new talks should include Saudi Arabia. The Kingdom and its Gulf allies believe any enhanced agreement should address Iran’s ballistic missile program, and its regional meddling through proxy militias in Iraq, Yemen and Lebanon.

Blinken’s reference to a timeframe for Iran’s development of a nuclear bomb means the issue must be resolved rapidly, because the US will never allow Iran to obtain nuclear weapons, political analyst Hamdan Al-Shehri told Arab News. “The US is giving Iran an ultimatum to solve the matter within weeks,” he said.

Al-Shehri said the international community was aware that if Iran obtained a nuclear weapon, it would not be alone in the region. “Other countries will not accept that Iran possesses nuclear weapons alone, and remain standing idly by,” he said.

“However, although the US is offering to open the door for Iran to return to a deal, entrance is subject to certain conditions,” Al-Shehri said. These included US follow-up to ensure Iran’s compliance, addressing other issues such as ballistic missiles, and involving other countries including Saudi Arabia, he said.

Iran would understand the threat and was unlikely to wholly reject the proposal, Al-Shehri said.

The article Blinken Says Iran ‘Weeks Away From Having Material To Build Nuclear Bomb’ appeared first on Eurasia Review.