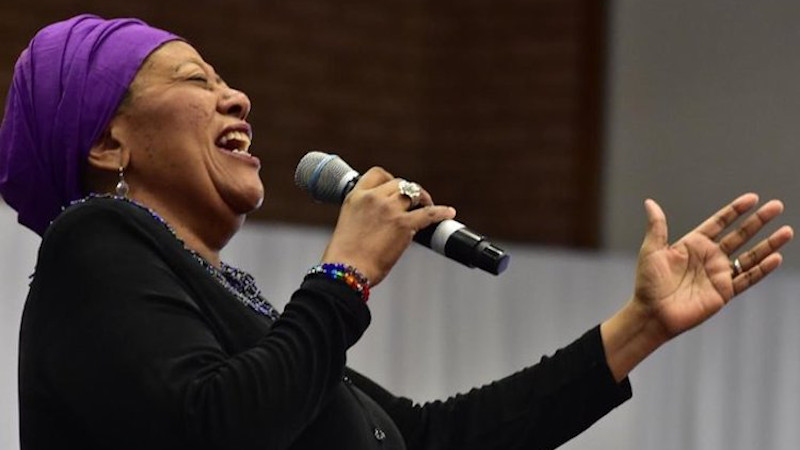 President Cyril Ramaphosa has paid tribute to Jazz and Opera Musician, Dr Sibongile Khumalo, for advocating the rights of performing arts, women, as well as human rights. Khumalo passed away on January 28, at the age of 63.

“This is a moment of great sadness for all of us who were mesmerised and moved by the power, sensuality and improvisation of Khumalo’s unique voice,” President Ramaphosa told the South African Government News Agency.

“Not only was she an unmistakable voice on concert stages around our country and the world, but she was a voice of advocacy for the performing arts, for the rights and place of women in our society, and for human rights at large.

“As a music academic, she was also a voice of instruction and inspiration to new generations of artists who had the privilege of learning from a performer who was at the pinnacle of her career. We will miss her greatly,” Ramaphosa said.

Minister of Sport, Arts and Culture, Nathi Mthethwa, expressed his deepest sympathies to the family, friends and fans of Khumalo.

“Khumalo was an ambassador of our heritage. A musical genius who enchanted diverse audiences all over South Africa and beyond. She will eternally be remembered for her repertory, which was similarly eclectic.

“She was a musical maestro who made it her life’s purpose to tell the story of our people through music. She left a legacy that will forever go down the annals of history,” Mthethwa said.

“Khumalo was so passionate about music and heritage that at the age of 14, she knew she wanted to be an Opera singer. Due to the lack of opportunities for people of colour at the time, she decided to teach music instead, going on to complete a Bachelor of Arts in music at the University of Zululand and obtaining a Bachelor of Arts Honours from the University of the Witwatersrand,” the Department of Sport, Arts and Culture said.

Furthermore, she concentrated on the musical heritage of the Zulu, Sotho and Tsonga people.

“The department would like to extend its deepest sympathies to the family, friends and fans of the late Dr Sibongile Khumalo. May her soul rest in peace.”