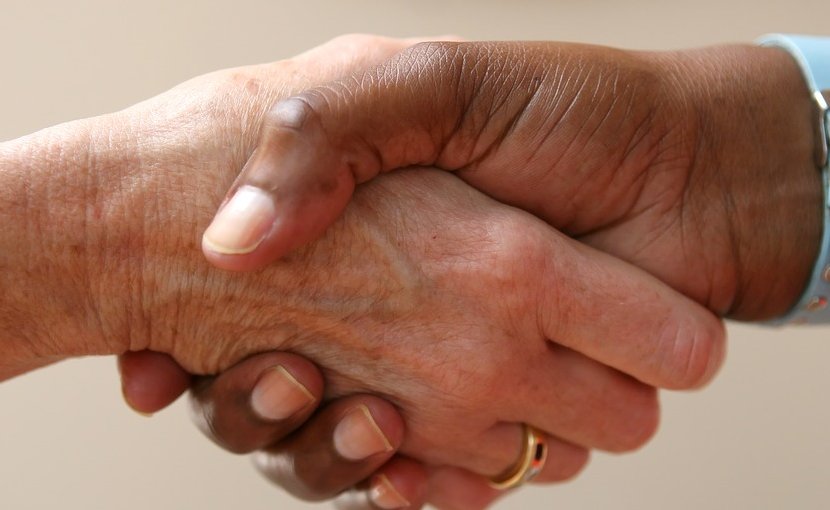 Over the final weeks of the Trump Administration, once again we witnessed Republican disunity and inability (or lack of desire) to defend his presidency.  President Trump was an outsider, disliked equally by both Democrat and Republican ruling elites, especially within Washington’s swamp.  He was betrayed by his closest associates, party officials, and by the media, even those calling themselves “fair and balanced.”  Thus, the events over the past few weeks underscore the fact that the Republican Party is not representative of Trump’s electorate.  In a recent article, I argue the futility of reforming the Republican Party, given that it is essentially indistinguishable from the Democratic Party in its corporatist nature and subservience to the elite.  I instead advocate for the creation of a new party, with a platform that is closer to the aspirations of Trump’s electorate (and likely multitudes of Democrats who are essentially in the same boat with their party).

Snobby political consultants would argue that a new party would lack needed funding, a ramified organization and local representation, and therefore would certainly lose to the Democrats.  However, I believe that these structural issues are secondary to the enthusiasm of the masses supporting a new party, the organizational principles underpinning the party, and the charisma of its leaders.  History shows that the splitting of parties or the creation of new ones leads to a positive result, that is, new parties eventually won elections or seized power during revolutions. Don’t forget that the GOP also emerged as a splinter project when anti-slavery Whig members formed a separate party in 1854.  And after 6 years, Republican Abraham Lincoln was elected president.

Below I will give some examples from the history of leftist movements and parties.  I do not sympathize with the Left, but do have extensive knowledge on this particular subject.  I think that we also can learn from the Left on how to build parties and organize mass movements, as they have a lot of theoretical and hands-on experience with such initiatives, especially throughout the 20th century.

We can start by looking at the split of the Russian Social-Democratic Labor Party into Bolsheviks, led by Lenin, and Mensheviks, led by Martov.  Most people recognize the Bolsheviks and Lenin; however, only history scholars and buffs would likely know of Mensheviks and Martov, because the Bolsheviks were the ones who succeeded in the revolutionary overthrow of the Russian Government and established an authoritarian one-party rule which lasted over 70 years.  The Bolsheviks’ splitting away from the Mensheviks was mainly based on disagreements over the process of party building.  Lenin proposed the creation of a new type of party, the features of which we will discuss later.

Now let’s look at post-WWI Germany, where the left movement was mainly represented by the world’s largest Social-Democratic Party of Germany and the Communists, supported by the Comintern.  It would seem that at that juncture creation of another left-wing party made no practical sense and so little attention was paid to the National Socialist German Workers’ Party, whose results in its early electoral attempts were dismal.  However, within ten years, the Nazis were able to attract more and more people to their side, and in 1933 they won elections, usurped power in the country and established a bloody dictatorship.

Once again, I cite the above cases as examples of successful party building, not in any way signifying approval or sympathy with these totalitarian regimes.

The examples above point to the fact that the coming to power of these political movements was a result of both objective and subjective factors, such as the difficult political and economic situation in these countries, the discontent of the masses, and most importantly, the inability of the ruling elites and the titular parties to solve problems faced by the nation.  At these critical moments, leaders emerged who were able to captivate the masses with their ideas, create effective organizations, and ultimately seize power.

Perhaps the most important of these factors is ideology.  Parties that do not have a firm ideology do not get traction and dissipate after a first unsuccessful election.  Catchy slogans do not constitute an ideology, but instead are methods of attracting people and succinctly explaining party intents.  Thus, “Make America Great Again” and “America First” must be backed up by coherent ideological concepts.

There is a constant ideological clash between individualism and collectivism and so the ideology of a new right-wing party must clearly define its attitude toward the three fundamental positions: private property, individual freedom, and redistribution of wealth.  The remainder of the issues faced by society must be resolved in conjunction with the answers to these three positions.  As we are talking about a right-wing party, we expect it to be a bold defender of private property rights and resist collectivization of consciousness efforts of the left.

A party platform usually outlines its immediate and ultimate goals.  At a minimum, a new right-wing party platform must advocate for the immediate cessation of the current socialization process of American society in the social and economic spheres.  The ultimate goal of the party should be to reverse this trend and move the country back to the center-right.  Certainly, the party without power cannot accomplish any of its stated platform and programs; therefore, the principal task of a new party is to win elections on local, state and federal levels.  This effort requires an exceptional party organization.

Going back to early 20th century Russia, Lenin’s largest contribution to the socialist movement was not his philosophical treatises on Marxism, but in the theory and practice of building a vanguard revolutionary party aimed at seizing state power.  Lenin proposed building a new type of party based on the principles which I would like to discuss in more detail below.

Although Lenin’s new party was obviously immersed in the specific circumstances of Tsarist Russia and so some of its features are lost or have no relevance to our current circumstances, there are some key factors that have stood the test of place and time.  One such key factor was his party doctrine concept of “Democratic Centralism” which, simply put, is a concept of freedom of discussion but unity of action – once a decision by the party hierarchy is made, there is no tolerance for any dissent in any of its ranks.

Although the concept of Democratic Centralism, to some extent, runs counter to the ideals of free speech and the American political tradition, it does provide a strong framework for organizational discipline and an ability to act in unison as soon as a decision gains the support of a majority.  Those who disagree with the party line are free to leave, but if they stay, they cannot contradict any decision of the majority.

I believe that the concept of Democratic Centralism is already being used widely by the Democrat Party, whose members have long acted as a single front and typically vote in unison.  Republicans, on the other hand, are constantly infighting and are torn apart by various contradictions on policy, and so continue to suffer from a lack of party discipline and sometimes outright sabotage by some party members.  Therefore, if a new right-wing party does emerge, I would recommend for it to adopt Democratic Centralism in its charter.  This would promote party unity across core issues, strengthen its discipline, and root out its many so-called “mavericks” who are nothing more than self-serving destabilizing agents.

Funding is another key factor in building and maintaining a new party.  Therefore, along with the traditional voluntary donations from a broad base of supporters, I believe that it would be necessary to introduce mandatory membership fees for all members.  Each party member would be registered (here, blockchain technology would be helpful to prevent an outright assault on the party members by its political opposition).  Such specificity and financial commitment of party members would also work as a unifying factor and help with organizational support.

Advocacy is necessary for any party organization and is aimed at recruiting new members, explaining its platform and programs to the general population, and criticizing competing ideologies.  Often the organization of a party is preceded by creation of various media channels to broadcast the platform and ideas of a prospective party.  Therefore, formation of TV channels, newspapers and magazines, social networks, radio programs, etc. is imperative to enable the creation of a viable new party.

Party representatives and future leaders should be embedded within all strata of society and their communities.  In this, we would also follow the examples set by the recent Democratic party leaders.  Ex-President Obama, after finishing Harvard Law School, avoided prestigious law firms and instead went to work as a community organizer, thereby kicking off his political career in Chicago and recruiting his electoral base.  Also, even more recently, Alexandria Ocasio-Cortez, a privileged young woman with an excellent Boston University education, who could have easily entered any white-collar field nevertheless decided to become a bartender, in order to expose herself to many people in her neighborhood who ended up eventually electing her to Congress.  These tactics must be studied and replicated if a new right-wing party is to be successful.

Finally, we need to talk about a very critical factor for any party, especially at its inception, and that is its leadership.  Many outstanding leaders of the past could not have reached their political heights in modern society, which relies on visual perception much more so than on any other.  Just think back to the Nixon/Kennedy televised debates where TV viewers thought that Kennedy won (he was young and handsome, appearing calm under pressure, while Nixon was sweating and looked very nervous and uncomfortable) while radio listeners thought that Nixon was the clear winner.  The ability to look sharp and speak intelligently is one of the main attributes of modern politics in the United States.  A good-looking, charismatic leader is a must for a new party to succeed.

Party building is exciting but tremendous work.  Success in this endeavor will bring glory to politicians and a new home to at least 75 million disenfranchised voters, based on the last election result.

I do not know if or when a new party will be organized or who will be its leader.  I only know one thing: At critical moments in history, leaders tend to spontaneously appear in society, around whom like-minded people unite.  If such a leader does not appear, then our disagreements are not deep or ideologically contradictory enough, but rather emotional and aesthetic.  If this is the case, the people will buzz a little on social networks, show their disaffection, and calm down until the next elections, when the cycle will start anew.  This is the hope of the current ruling elites and their corporatist supporters on both Democrat and Republican sides.