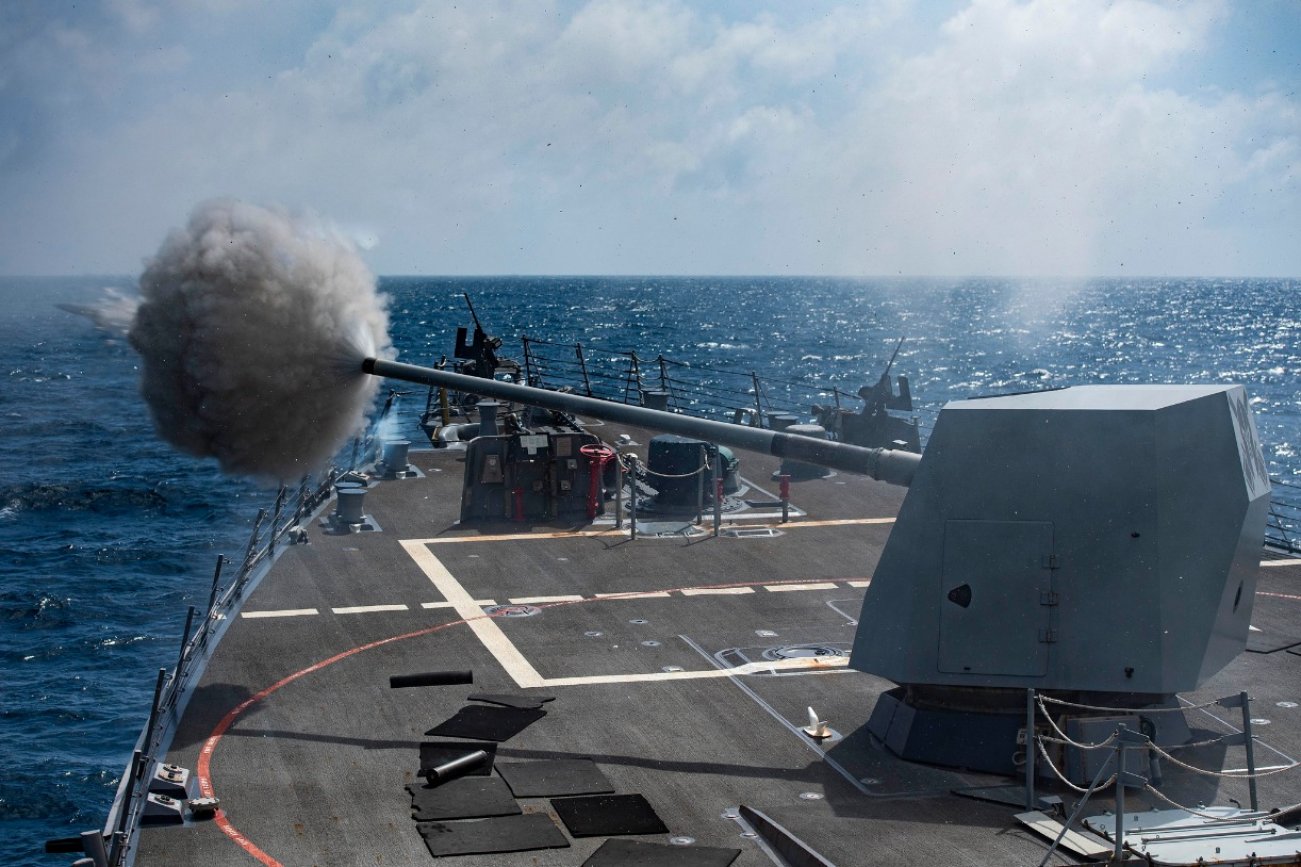 Here’s What You Need to Remember: Ironically, the same problems also affect U.S.-based shipyards. Insufficient shipyard capacity and lack of skilled workers have created such a backlog that most Navy nuclear submarines are facing delays in maintenance, according to a 2019 GAO report. The Navy says it would need 20 years to improve the shipyards.

Backlogs at American shipyards and depots have created an immense maintenance backlog that have left many U.S. Navy ships without needed repairs and refits.

But it turns out that Navy ships based overseas, such as in Japan, face the same problem.

“Maintenance on surface ships based overseas took longer than planned for 50 of the 71 maintenance periods—or about 70 percent—started during fiscal years 2014 through 2018,” warned a new Government Accountability Office (GAO) report. “More than half of these maintenance delays lasted a month or longer, which reduced the ships’ availability for training and operations.”

The Navy operates 38 surface ships out of Japan, Spain and Bahrain. Maintenance is performed by a mix of U.S. Navy facilities and local contractors. “For example, to support the 12 surface ships based in Yokosuka, Japan, the Navy uses both private contractors and its Ship Repair Facility and Japan Regional Maintenance Center, which is subsidized by the government of Japan,” GAO notes. “In Rota, Spain, the Navy relies on one Spanish contractor to maintain the four ships based at that location.”

Bahrain had the longest maintenance delays, and Spain the least.

Interestingly, the report seemed to blame the problem on the U.S., rather than lack of support from foreign nations. One big problem is unanticipated maintenance needs.  “According to maintenance officials in Bahrain and Japan, the discovery of the need for additional maintenance and repair work after the work planned for the maintenance period has been finalized is a key driver of maintenance delays. This additional work can be in the form of growth in the magnitude of planned work, or identification of the need for new work that was not previously planned.”

“For example, officials from Commander, Naval Surface Squadron Five that track their ships’ depot maintenance identified that additional work to stern tubes on the USS Squall [a Cyclone-class patrol vessel], which is homeported in Bahrain, resulted in the ship’s maintenance schedule being extended by 137 days.”

Another problem is lack of planning, such as maintenance officers unable to inspect a ship at sea to identify repair issues and enable shipyards to prepare for the work. Also lacking are sufficient maintenance personnel: “For example, the Fleet Logistics Center in Bahrain—which manages the contracting process for ships based there—had only eight of 18 authorized U.S. civilian contracting-related positions filled, as of March 2019, according to officials. Additionally, of the filled positions, only one contracting officer had prior experience with ship maintenance contracting, according to Fleet Logistics Center officials.”

Ironically, the same problems also affect U.S.-based shipyards. Insufficient shipyard capacity and lack of skilled workers have created such a backlog that most Navy nuclear submarines are facing delays in maintenance, according to a 2019 GAO report. The Navy says it would need 20 years to improve the shipyards.

Maintenance isn’t the sexiest of topics, but its absence is keenly felt. A ship without adequate maintenance either can’t fight or will fight at reduced capability. The Navy wants to boost its surface battle fleet from 280 now to 355 by 2047. But new ships won’t offer much value without the maintenance infrastructure to support them.

Michael Peck is a contributing writer for the National Interest. He can be found on Twitter, Facebook. or on his Web site. This article first appeared last year.