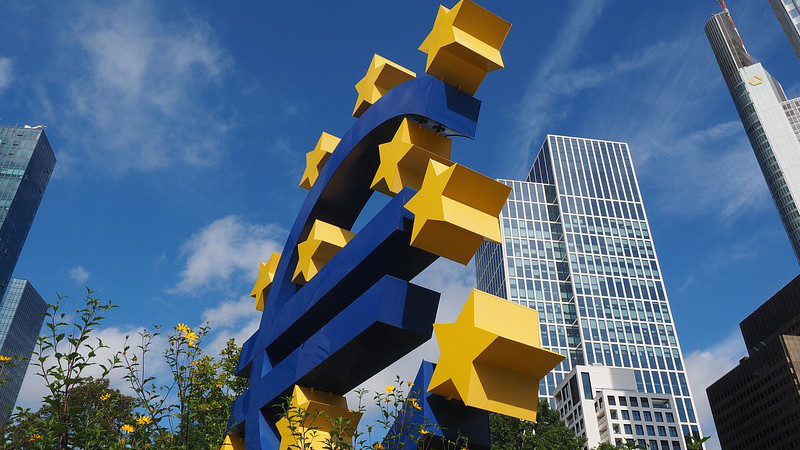 There is a clause to European bond sales called a collective action clause. In fact, “all bonds issued by Eurozone member states with maturities exceeding one year, issued after January 1, 2013, have a mandatory collective action clause.” This clause is the first part in a dangerous game of perpetual growth with zero savings that European Central Bank (ECB) and the International Monetary Fund (IMF) are playing at the moment.

But firstly, what is a collective action clause (CAC)? To put it simply, it’s a mechanism whereby a bond’s value can be legally reduced by the issuer in times of hardship, originally very unpopular (in the ’80s and ’90s). Geoffrey Okamoto and others at the IMF and at central banks say that countries that were not allowed to do this to issued bonds experienced stagnation.

Normally, CACs need to be agreed to by the supermajority of bondholders; however, this may be pushed to the point of not mattering, as the single biggest bondholder will be the ECB and the domestic market will  make up the rest of the votes needed. This is especially true in countries like Ireland and Italy.

The CACs were first introduced by the EU in relation to the Greek debt crisis. It was agreed to slash bond values to around a third of their original value. This then gave rise to the policy whereby all bonds in the eurozone came with this clause.1 This would lead some to see the bonds as less attractive to investors (especially in terms of Greece, Ireland, Spain, etc).

However the ECB has another trick up its sleeve.

The ECB’s rules mean it should not hold more than around a third of all Irish bonds, but with the Irish Central Bank owning 7.5 percent and acting as a regulated subsidiary of the ECB, this may be little more than window dressing for the moment. The introduction of the Pandemic Emergency Purchase Programme (PEPP) means that the EU can purchase bonds based on the size of the country’s economy rather than a fixed percentage, and although there are calls to stop this after the pandemic, the damage will already have been done.

The cycle may be seen as the ECB trying to build a perpetual motion machine. They print euros to buy bonds from governments with collective action clauses. Euros are malinvested by governments, creating bubbles etc. When the bond yield gets too high and the bubbles burst, the CACs sets in, reducing the amount needed to pay out. This allows the government to reinvest in its economy, and once this reaches a position of strength again, more bonds can be issued.

There are several issues with this perpetual, increasing consumption machine, though. Once more, the ECB is failing to learn from the Fed. Bond-driven banks in the US reacted in the following way to a liquidity crisis: when it had been “expected that the handful of large Wall Street banks that hold about a quarter of US banks’ total reserves would lend them out overnight when rates rose high enough…that did not happen.” The adage “cash is king” comes to mind. Now imagine the bonds being issued by Ireland and Greece and containing CACs. Will banks be likely to lend out cash reserves when the next-best store of value they might have is a junk bond that can be devalued at a moment’s notice?

Without being able to sell these bonds on, the ECB will be forced to retain them on its own balance sheet, which is not going to make the euro look like a terribly attractive investment either. The hope has always been that a reduction in the euro’s value through the bond-buying method would increase exports, give the stock market a boost, etc.; however, this also seems unlikely if banks are unwilling to lend and the investments are in the hands of the government.

The ECB’s dangerous game does not look like it is heading for anywhere but the past, the terrible past with all of its stories and parables of what not to do, being once again ignored for us to repeat the failures of history.

*About the author: Malachy McDermott has a degree in economics from University College, Dublin in Ireland.