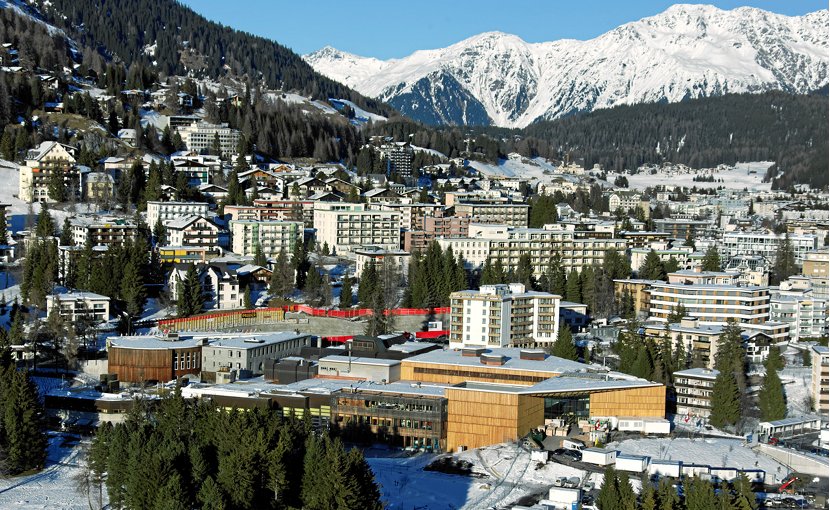 War was on the agenda during the third day of The Davos Agenda in the form of action on climate change and the threat of conflict as a result of the pandemic.

Reflecting the day’s meeting theme, “Enhancing stewardship of our global commons”, leading figures gave a blistering warning of what will happen if world leaders and policy-makers fail to commit to a sustainable recovery from the pandemic.

“We are in a decisive decade for action,” said John Kerry, Special Presidential Envoy for Climate, National Security Council (NSC), only days into his new role. He focused on the race to make wholesale change and the fact that the Biden administration has placed addressing climate change at the heart of its policy and “is totally committed to this fight”. He apologized for the US absence from the climate change agenda in the past four years, saying: “We rejoin the international climate effort with humility and ambition. Humility because we know we’ve wasted four years in which we were inexcusably absent; humility because we know no country and no continent is getting the job done.”

Speaking about November’s COP26 meeting, he said: “All nations have to revise their sights together or we all fail together.” He called for immediate, tangible goals rather than 30-year targets and more positively argued that “success will bring countless rewards” offering a “marketplace without limits if we get serious”.

Alok Sharma, President, 26th Conference of the Parties (COP26) to the United Nations Framework Convention on Climate Change, extended a hearty welcome to the US’s return to the “global fight on climate change”. He described 2021 as “a crucial year”: “We are in a fight for the very survival of our planet, for nature, for humanity, for biodiversity.” He argued that “we are at an inflection point right now, where we are seeing government and civil society coming together and being aligned on wanting to build back better, build back greener.”

Benjamin Netanyahu, Prime Minister of Israel, gave a wide-ranging speech, during which he spoke about his country’s COVID-19-related policies, which have seen more than 80% of the population over 60 vaccinated. He took questions from three senior business figures and when asked about global water scarcity, he said: “I think water is going to be a huge challenge but, like most things, we can overcome it with technology.” He suggested the need for solutions like solar-powered desalination plants and large-scale, pollution-free, water recycling. “We are all in one boat,” he said. If we can plug the holes in the boat, we’ll be fine.”

This more positive sentiment was shared by Moon Jae-in, President of the Republic of Korea, who spoke about his nation’s impressive response to COVID-19, with its focus on ensuring that everyone – particularly the vulnerable – had been given support and medical access. He also reaffirmed his country’s commitment to combating climate change through its Green New Deal and 2050 carbon-neutral pledge. In the face of challenges, the president’s tone was positive: “Even now as we are living through the pandemic, humanity is overcoming hunger, disease and war and practising the shared values of freedom, democracy, humanitarianism and multilateralism, taking one step forward at a time.”

Vladimir Putin, President of the Russian Federation, gave several stark warnings about the possibility of conflict because of modern-day challenges. He said: “All of this cannot but impact on international relations, making them less stable and less predictable. International institutions are weakening, regional conflicts are multiplying, global security systems are degrading.” He suggested this made a “heated conflict” like the Second World War “not possible, I hope, in principle” because this would lead to “the end of our civilization”.

The Russian president also cautioned that “the situation might develop unpredictably and uncontrollably if we sit on our hands doing nothing to avoid it.” He argued for the need to “restore global, national economies affected by the pandemic, ensure this restoration is sustainable in the long term and has a quality structure”.

Mark Carney, United Nations Special Envoy for Climate Action and Finance, switched the focus to policy. He highlighted the advantages of a voluntary carbon offset market, which he argued would achieve four things: being complementary to a company’s efforts to reduce absolute emissions; catalytic for projects in emerging and developing economies; cross-border, thereby attracting companies looking for high-quality offsets in these types of economies; and with the potential – if properly structured – for “enormous co-benefits for biodiversity, co-benefits for other SDGs.”

Two ministers also spoke about climate-change policy. Grant Shapps, Secretary of State for Transport of the United Kingdom, said: “Our plan is to build back better. Fundamental to that plan is to decarbonize”, with a zero-emission aviation sector expected well before 2050. Huang Runqiu, Minister of Ecology and Environment of the People’s Republic of China, assured participants that China is doing all it can. He said: “There will be a road map and actions, which will be rolled out. We will strengthen our efforts to push coal consumption to reach the peak as early as possible. All this will be done to achieve the strategic objective to achieve carbon neutrality in 2060.”

The article World Leaders Sound Alarm On Climate Threats And Call For Unity In Response appeared first on Eurasia Review.