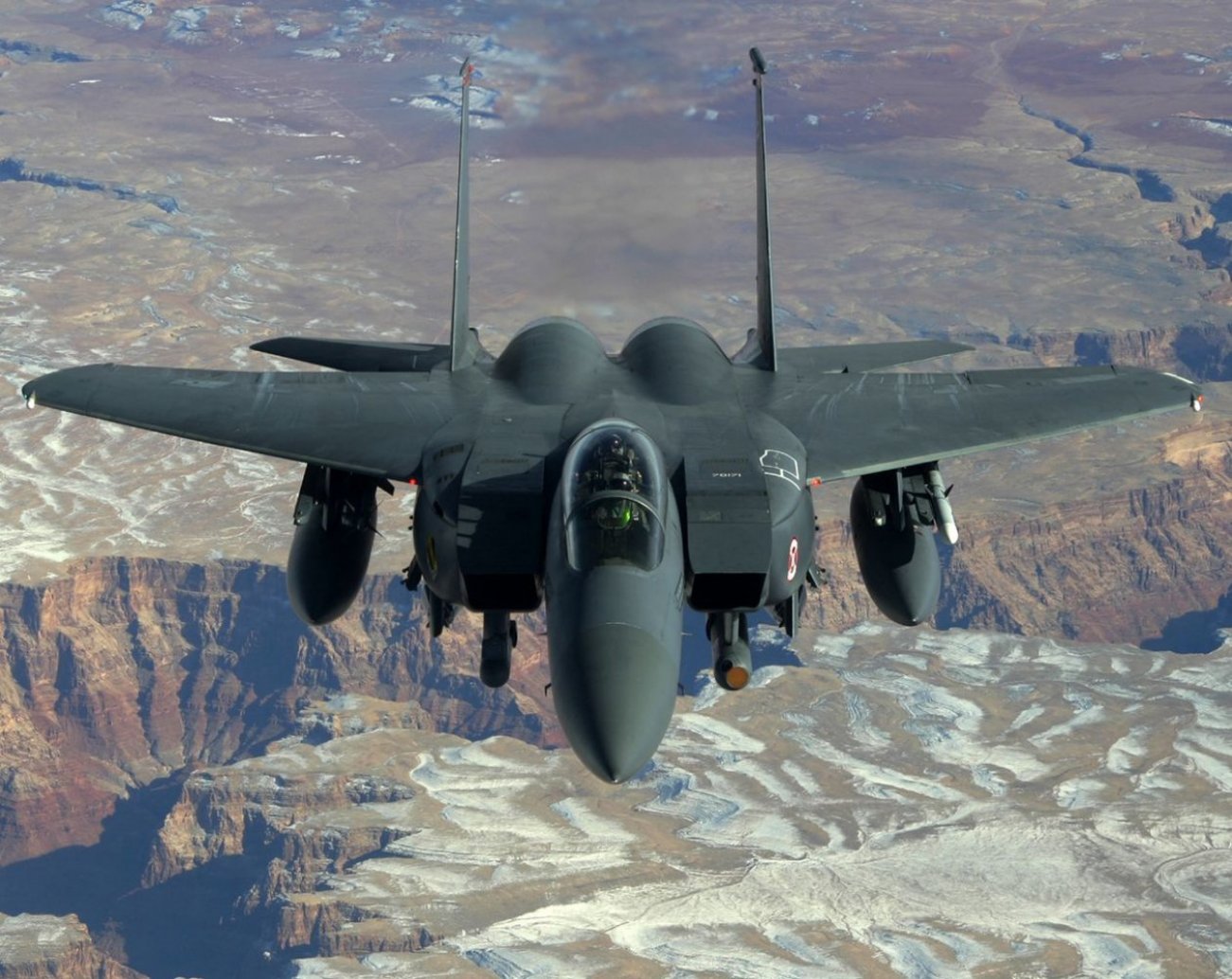 Key Point: These new planes would be a higher-tech version of the F-15. If they carried hypersonic missiles, they could hit targets from a distance which would be vital since they would not be steathly.

The U.S. Air Force could arm new F-15 Eagles with a hypersonic missile. That is, assuming Congress lets the flying branch buy the upgraded fighters.

This first appeared in 2020 and is being reposted due to reader interest.

“They can go a long ways to assist the penetrating forces,” Krumm said of the new F-15s.

It remains to be seen whether Krumm’s argument will sway skeptics.

The latest F-15EX variant of the five-decade-old Eagle design has been the subject of simmering controversy in the media and in Washington, D.C when in mid-2018 news first leaked that the Pentagon planned to buy from Boeing as many as 144 of the twin-engine planes.

Critics in the media pointed out that the Air Force didn’t actually want the new F-15s. Instead, the U.S. Defense Department’s Cost Assessment and Program Evaluation office, one of the military’s many analytical organizations, convinced the office of acting defense secretary Patrick Shanahan to add eight F-15EXs to the department’s 2020 budget proposal.

Shanahan is a former Boeing executive. Shanahan’s spokesperson Joe Buccino said Shanahan has recused himself from any procurement decisions involving Boeing, but at least one ethics group has filed a formal complaint accusing Shanahan of favoring the Chicago plane-maker.

The Defense Department compelled the Air Force to request eight F-15EXs as part of the flying branch’s 2020 budget request. The eight planes would cost $1.2 billion.

The Air Force reportedly would buy another 136 F-15EXs through the mid-2020s. The new Eagles would replace 1980s-vintage F-15Cs in some or all of the nine squadrons that fly the older type — three in the active force and six in the Air National Guard.

The F-15EX boasts better sensors and avionics than the F-15C has and can carry more weapons than the older Eagle can do. Owing to worsening metal fatigue, the old F-15Cs “won’t make it to 2030,” Krumm said.

Critics of the F-15EX include lawmakers in districts that heavily depend on Boeing-rival Lockheed Martin. The Air Force for 2020 has asked to purchase 48 stealthy F-35s from Lockheed. That’s far short of the 80 to 100 F-35s the Air Force wants, but can’t afford, to buy every year.

Other Eagle skeptics include retired Air Force generals who prefer for the flying branch to buy only radar-evading warplanes. The blocky F-15 lacks stealth features.

“No amount of capacity can overcome an inability to penetrate modern defenses and destroy high-value targets — severe limitations of the F-15X,” wrote John Michael Loh, a retired general who served as the U.S. Air Force vice chief of staff and the commander of Air Combat Command.

Now that the Pentagon has required the Air Force to request F-15s, service officials have defended the upgraded Eagle as being cheaper than the F-35 is to integrate into the force. The F-15EX and older F-15C are 80- to 90-percent common, Krumm told Tirpak and Everstine. A new Eagle can use existing bases and support equipment. F-15C pilots can convert to the F-15EX in just six months.

By comparison, it takes an active-duty fighter squadron up to 18 months to convert to the F-35. A reserve or Guard unit needs three years to convert to the stealth fighter. Buying F-15EXs could keep the Air Force nine F-15 squadrons on the front line for decades to come, with only short breaks to add new airframes.

Krumm conceded that the F-15 isn’t stealthy. But armed with a super-fast hypersonic missile, the new-old fighter still could be useful in a major war with a high-tech foe. “The F-15 design is technically capable of exceeding Mach three, and so could accelerate a hypersonic missile close to its Mach five-plus operating regime,” Everstine and Tirpak noted.

“That in turn would permit smaller booster rockets for the rest of the acceleration to Mach five for weapons such as the Tactical Boost Glide hypersonic concept. The F-35, which was not designed to be USAF’s high-end dogfighter, has a top speed of Mach 1.6, and the first generation of hypersonic missiles is unlikely to fit inside its weapons bay.”

The F-15EXs armed with hypersonic missiles would fight alongside older fighters such as A-10s and F-16s and newer, stealthy planes including F-22s and F-35s. “The way to use these things is to collaborate on a network,” Krumm said.

The Air Force already has developed tactics for mixing F-15Cs and F-22 Raptors. The Eagles with their more-powerful radars and heavier missile loads would fly behind the radar-evading F-22s, helping to spot targets for the Raptors and lob missiles at targets the F-22s miss.

An F-15EX with a hypersonic missile could improve on that same concept.

And it’s worth pointing out that the big, powerful F-15 long has been the Air Force’s fighter of choice for carrying large, experimental payloads. In the mid-1980s the flying branch armed an F-15A with an 18-feet-long, 2,700-pound anti-satellite rocket.

During a test in September 1985, the F-15 accelerated to Mach 1.22 while climbing at a 65-degree angle. The anti-satellite rocket automatically launched at an altitude of 38,100 feet and, minutes later, pulverized an obsolete U.S. satellite orbiting 345 miles over the Pacific Ocean.

David Axe serves as Defense Editor of the National Interest. He is the author of the graphic novels  War Fix, War Is Boring and Machete Squad.

This article first appeared in 2020 and is being reposted due to reader interest.