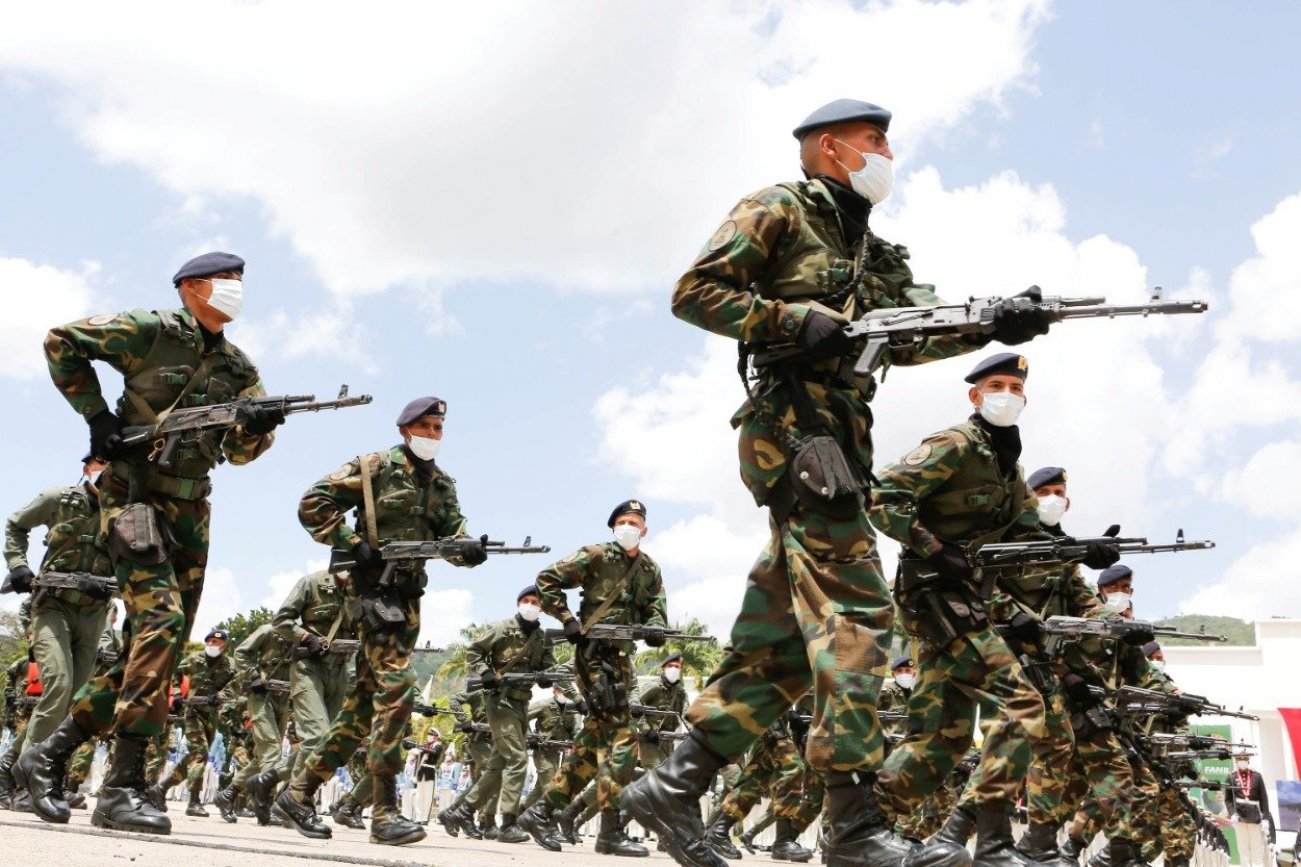 An invasion of Venezuela would require more forces than the invasions of Grenada and Panama did.

Here’s What You Need to Remember: The problem is that an invasion could further destabilize Venezuela, hurt, kill or displace countless innocent Venezuelans, alienate the U.S. government in a region that is hostile to American meddling and also get a lot of Americans killed.

The U.S. Defense Department’s regional command for South America is the smallest of the department’s 10 unified commands. It permanently oversees just 1,200 personnel plus a few thousand troops and a handful of ships on temporary deployments.

But that doesn’t mean the U.S. military couldn’t invade Venezuela in the event Pres. Donald Trump makes good on his threats and orders the Pentagon to intervene in the slowly-collapsing South American country.

Not, of course, that invading Venezuela is a good idea. Experts agree it’s not.

Most major U.S. military forces are by nature expeditionary, as they typically must travel long distances to participate in major operations.

Ships can sail from sea to sea and even cross between the Pacific and Atlantic Oceans. Planes can deploy to air bases close to the action. Ground forces, transported by road, rail, air and sea, can concentrate on nearby U.S. or allied soil.

It helps that the United States, uniquely among major powers, devotes a huge proportion of its military spending to logistics, including maintenance of the world’s largest sealift and airlift fleets.

It’s for those reasons that the Pentagon in the past has been able to muster tens of thousands of troops plus scores of warships and planes for major operations in South America.

Nearly 10,000 U.S. troops in 1983 invaded Grenada in response to a Marxist coup in the Caribbean country. Six years later 27,000 Americans invaded Panama after that country’s leader Gen. Manuel Noriega made overtures to Soviet-aligned Cuba. The Pentagon in 2010 mobilized dozens of ships and aircraft and nearly 20,000 personnel to help Haiti in the aftermath of a devastating earthquake.

On command, the U.S. Navy, Army, Air Force, Marines and Coast Guard quickly could concentrate potentially tens of thousands of people, dozens of ships and hundreds of aircraft in the vicinity of Venezuela. Forces and logistics aren’t the problem.

The problem is that an invasion could further destabilize Venezuela, hurt, kill or displace countless innocent Venezuelans, alienate the U.S. government in a region that is hostile to American meddling and also get a lot of Americans killed.

Retired Navy Admiral James Stavridis, SOUTHCOM commander from 2006 to 2009, said he opposes intervention. “I would not advise it,” Stavridis said of a potential U.S. invasion. “I commanded U.S. Southern Command for three years in Miami, so I can picture pretty much what is happening there,” he added in comments to Foreign Policy.

An invasion of Venezuela would require more forces than the invasions of Grenada and Panama did, and also could be riskier, Shannon O’Neil noted at Bloomberg. Venezuela “is twice the size of Iraq with only a slightly smaller population, and teeters on the verge of chaos. Any invasion requires preparations on a similar scale, meaning a 100,000-plus force.”

“U.S. troops are unlikely to be welcomed,” O’Neil wrote. “A February [2018] poll shows a majority of Venezuelans, including a plurality of those in Venezuela’s opposition, oppose an invasion. A U.S. military presence would play into, and would at least in part validate, [Venezuelan president Nicolas] Maduro’s loudly proclaimed imperialist conspiracies.”

Navy admiral Craig Faller, SOUTHCOM commander, on May 2, 2019, told a Congressional committee the most likely scenario is a military-led mission to help U.S. citizens evacuate Venezuela. Around 200 U.S. troops are in Colombia and immediately could assist with an evacuation.

Stavridis agreed. “The most aggressive contingency plan they are looking at would be one that would protect American citizens if for some reason there were a backlash against them. That would be the only circumstance in which I could see U.S. troop presence.”

“In the end, this, I think, will play out politically and diplomatically, not militarily,” Stavridis said.

David Axe was the Defense Editor of the National Interest. He is the author of the graphic novels  War Fix, War Is Boring and Machete Squad. This first appeared in 2019,