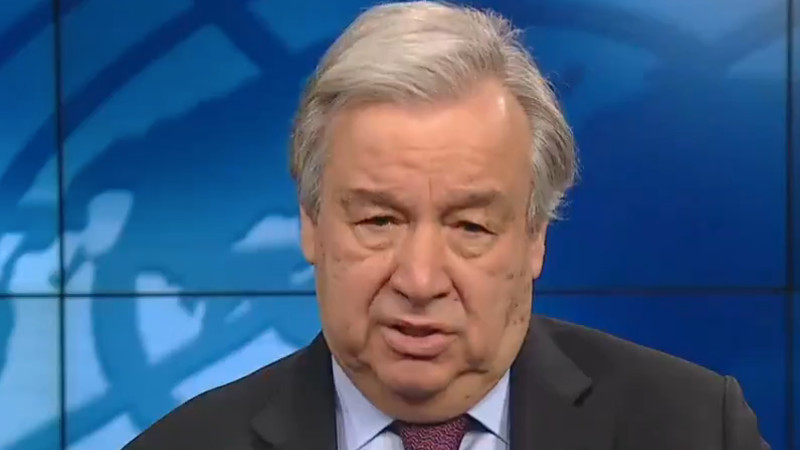 The first multilateral nuclear disarmament treaty in more than two decades, came into force just after midnight on Friday, hailed by the UN Secretary-General as “an important step towards a world free of nuclear weapons”.

António Guterres said that the Treaty on the Prohibition of Nuclear Weapons (TPNW) also represents a “strong demonstration of support for multilateral approaches to nuclear disarmament” overall.

In a video message and statement, the UN chief commended the States that have ratified the Treaty and welcomed the “instrumental role of civil society in advancing the TPNW’s negotiation and entry into force”.

“The survivors of nuclear explosions and nuclear tests offered tragic testimonies and were a moral force behind the Treaty. Entry into force is a tribute to their enduring advocacy”, he said.

Mr. Guterres said he was looking forward to guiding the UN’s response according the Treaty, including preparations for the first official Meeting of States Parties.

“Nuclear weapons pose growing dangers and the world needs urgent action to ensure their elimination and prevent the catastrophic human and environmental consequences any use would cause”, said the UN chief.

“The elimination of nuclear weapons remains the highest disarmament priority of the United Nations. The Secretary-General calls on all States to work together to realize this ambition to advance common security and collective safety.”

The TPNW secured the 50 ratifications it needed to then enter into force, at the end of last October. The campaigners who had steered momentum towards Friday’s milestone moment, described it then as “a new chapter for nuclear disarmament”.

The accord was approved initially by 122 nations at the UN General Assembly in 2017, but it was civil society groups led by the International Campaign to Abolish Nuclear Weapons (ICAN) which had put in the “decades of activism” to secure the number of countries required to make it a reality.

So far however, the main nuclear powers of the United States, the United Kingdom, Russia, China and France, have not signed the accord.

It declares that countries ratifying it must “never under any circumstances develop, test, produce, manufacture or otherwise acquire, possess or stockpile nuclear weapons or other nuclear explosive devices.”

In a statement released last October by the civil society and campaign umbrella group ICAN – which won the Nobel Peace Prize for its work in 2017 – it said that once the treaty comes into force, all States’ parties will need to follow through on their promises, and abide by its prohibitions.