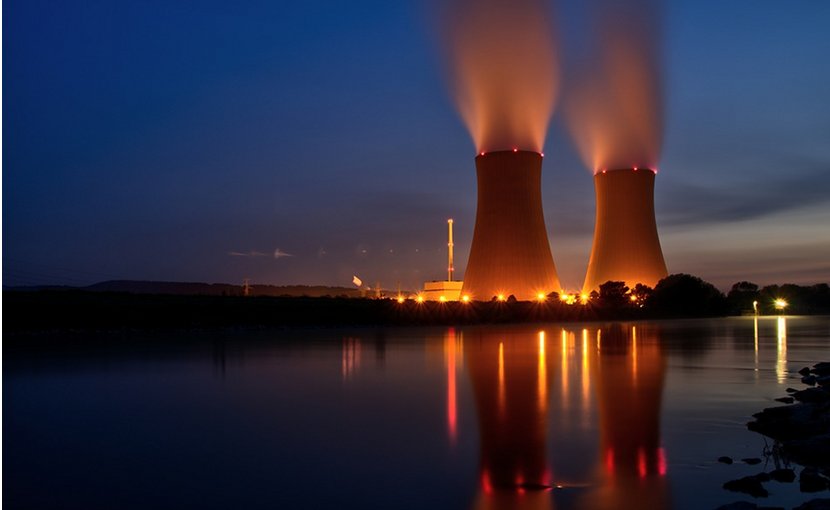 Europeans often cannot comprehend social discussions in which someone mentions that they drove 100 km to attend a party, and then drove home afterwards. Africa is sparsely populated in comparison to First World countries. Meteorological conditions are very different, as are the fauna and flora.

A couple centuries ago, European countries were scrambling to take control of large pieces of Africa, to increase their wealth and colonial prestige. They brought their sophisticated advanced ideas and methods to Africa. This changed the developmental direction of African countries, and the positive influences were absorbed. But a great deal of unhappiness and conflict also resulted when colonisers could not grasp the limitations of converting Africa into a European clone.

Famed British author, Rudyard Kipling came to South Africa at the time of war between Britain and South African settlers of Dutch descent, who had arrived some 200 years earlier. The settlers of Dutch heritage had become part of Africa by this stage and did not want to be controlled or dominated by the British. A conflict of ideology resulted, which led to a destructive four year war.

Kipling with his intellect was able to see through the messy fog of violent conflict and fell so in love with the country and its spirit that he made an annual visit for the following decade. He wrote beautiful prose about South Africa, but emphasized the deep spiritual differences in terrain and general character between Africa and England. He understood the heart and soul of the country. But very many did not and still do not.

Since then Europe has advanced greatly, but so has Africa, though not in the same way. People of Africa have developed locally applicable solutions to issues and challenges. First World countries must accept that their technological solutions were developed for their social and geographic conditions, not ours. Yes, we have adopted and adapted many foreign solutions, but in most cases a straight transplant from the First World to Africa does not work optimally.

Frequently, completely African-developed solutions work best, and in a number of instances ideas that originated in Europe were then dramatically modified in Africa after being viewed from an African vista. Many were then returned to Europe in significantly improved forms. Such cases include the development of the world GSM cellphone network, and dust filtration on locomotives, helicopters and farm machinery.

The people of Africa know what is best for the people of Africa. First World countries really must refrain from using a paternalistic attitude, by trying to tell Africans to “see sense” and to do it “the right way,” which means do it “their way,” on energy, healthcare, climate, governance, et cetera.

A major infrastructure development is electrification. While very high-voltage power lines of over 1000 kilometers (620 miles) in length are unheard of in Europe, they are common in South Africa, where such power lines also traverse one of the highest lightning incidence areas on the planet. These realities have led to technologically advanced solutions.

In South Africa coal has been the mainstay of electricity production for over a century, but the major coal fields are clustered in the far northeast. The port city of Cape Town is further away from the coalfields than London is from Rome. So some 40 years ago the most southerly nuclear power station in the world was built near Cape Town, to supply power for and from the south.

The decision to adopt nuclear power in South Africa was made as a result of sound strategic planning. It has turned out to have been a very good decision.

Nuclear is most certainly a source of sustainable clean energy. At least seven African countries have signed agreements with Russian nuclear company Rosatom to develop nuclear capability. Nuclear is highly regulated, and therefore a robust nuclear regulator is required.

Small Modular Reactors (SMRs) are currently being developed. They are ideal for deployment in virtually any location. Large conventional nuclear can be 3000 MW in size whereas, an SMR is only about 100 MW in output.

The term “modular” refers to small sub-assemblies that can be fabricated in factories and then integrated on site. Large nuclear power plants typically involve much on-site fabrication, plus the challenging transportation of certain huge vessels. SMR technology makes it easier to standardise reactors, and factory construction makes it easier to apply strict quality control.

Contrary to widely circulated rhetoric that nuclear and renewable energy (RE) are mutually exclusive, they actually complement each other very well. SMRs can vary power output at the will of the system operator. Renewable energy sources such as wind and solar depend on the variable weather. If clouds come over a solar plant, nuclear power can be ramped up to replace the reduced output.

Critics of nuclear falsely say nuclear is very inflexible. The reason why most nuclear plants are not designed for highly flexible operation is that their output does not depend on the amount of input fuel, the way coal, diesel or gas plants are. They are designed to just run flat out, reliably. In France and Germany “load-following” nuclear plants are used to vary supply as power requirements change.

SMRs are ideal for replacing coal plants that are decommissioned, especially in South Africa. This means basically that everything remains almost the same – no new power lines, no new roads and so on. This will give new life to the prospects for sustainable job security for communities around the plants.

Certain critics of nuclear for Africa have argued that it requires specialized skills that African countries do not have. The truth is, these skills can be developed once a decision to go nuclear has been made – and conventional electrical or mechanical engineers can be ‘nuclearized’ by training them on specialised nuclear aspects. Everything else is the same.

The idea that a national power system can run on RE sources is unrealistic and suicidal. A prudent approach is to find an optimal mix of technologies, taking into consideration grid stability and reliability. African countries need reliable, disptachable power.

This means, if there is any loss of generation somewhere in the system, the system controller can instruct other units to increase generation. With RE one gets only what the sun or wind is producing at the time. Increasing output is out of the question.

Some countries, like Germany, may be able to afford to aspire to 100% RE, because they are part of the EU Power Pool and are surrounded by a support structure like nuclear power in France, coal in Poland, and hydro in the Scandinavian countries. Most countries in Africa cannot afford this luxury, which means any power system has to be reliable and sufficient on its own.

Because of the inherent safety of SMR units, licensing by a nuclear regulator is relatively easy. The industry can adopt the approach taken by the aviation industry. Boeing and Airbus licence their aircraft in the countries of manufacture, but they are operated all over the world.

SMR systems can be sized for the needs of any country, and be placed close to large load centres, thereby reducing the need for expensive transmission networks.

As electrical power demand increases, it can be satisfied by small increments of one SMR at a time, which is a small stress on financial and logistical planning. SMRs also reduce the risk of cost overruns, as they are small amounts, and much construction is done in a controlled environment – the factory floor.

Due their advanced safety features (including no possibility of a nuclear meltdown), SMRs can be constructed almost anywhere. The mandatory emergency planning zone is minimal. They also fit in nicely with the concept of distributed generation. Nuclear power plant costs are found predominantly in their construction. Fuel costs are low. So once an SMR is in place, operational costs and fuel costs are low and are very predictable far into the future.

If Africa were to go nuclear in a large way, which seems probable, it would make sense to standardise on one particular SMR model and to have a central manufacturing facility. Staff in each country would be trained to be part of the network. Local construction ability in each country would be used to optimise benefit to each host country and to keep costs down. As with large aircraft and motor cars, a policy of standardisation to some degree allows for mutual benefit in the exchange of expertise, experience and spare parts.

An ideal High Temperature Gas Reactor for African use is the HTMR-100, designed in South Africa. The technology uses gas cooling and high temperatures, which make these units very suitable not only for power generation but also for industrial processes that require heat. A typical application is the desalination of seawater to obtain potable water by literally boiling seawater and capturing and condensing the steam. Units placed near coastal cities can be used to power water desalination.

Although South Africa possesses vast quantities of coal, most African countries do not have access to reliable supplies of fossil fuels. This includes the consideration that, in many instances, a coal supply would have to be transported over vast distances and across inhospitable regions.

As a result, many African countries rely to a very large extent on hydro power. But much African hydro is extremely problematic because of unpredictable rainfall patterns, and because dams are very wide and shallow, compared to dams in Nordic countries for example. That makes it very challenging to maintain the pressure-head and water volume required for hydroelectricity.

All African countries are obliged to devise African solutions that fit the realities of African conditions. African countries must have an immediate planning target of increasing electricity generation by 100% and then, in most cases, doubling that again, and again. Such an outlook requires vision and foresight. In many instances that means developing approaches very different from those used in Europe or the United States.

In the case of Small Modular Reactors, the fuel is extremely small in volume and is also of robust construction. That means it is quite feasible to transport nuclear fuel overland for thousands of kilometres. It is also entirely feasible to stockpile a fuel supply that could last for months, or years if need be.

It is also reasonable to conceive of numerous stand-alone radial power grids which are based on two or three SMRs. Such small grids may be only 10 or 20 km in diameter, but one could serve an entire industrial area. In a large African country aiming for significant development, it may well be better to plan for a half dozen independent SMR-based mini-grids, than to construct a single large national grid that has to traverse very many kilometres of inhospitable terrain.

Why should the traditional image of a single national grid apply? In the United States the state of Texas has its own electricity grid, independent of the rest of the US; the same could apply in Africa.

African countries do not substantially connect electrical grids to each other, as many European countries do. So why shouldn’t African countries run a number of separate grids within one country, where they can serve specific areas? Such an approach is ideally suited to using distributed nuclear power plants, which do not need large-scale water cooling.

The more one thinks about it, the more inappropriate it is for African countries to follow the electricity development models of Europe, or America.

Yes, African countries definitely should “leapfrog ahead” in energy technology, bypassing coal, gas and oil in those countries which do not have them. They should “leapfrog” directly to Small Modular Reactors, and collaborate closely in developmental approaches.