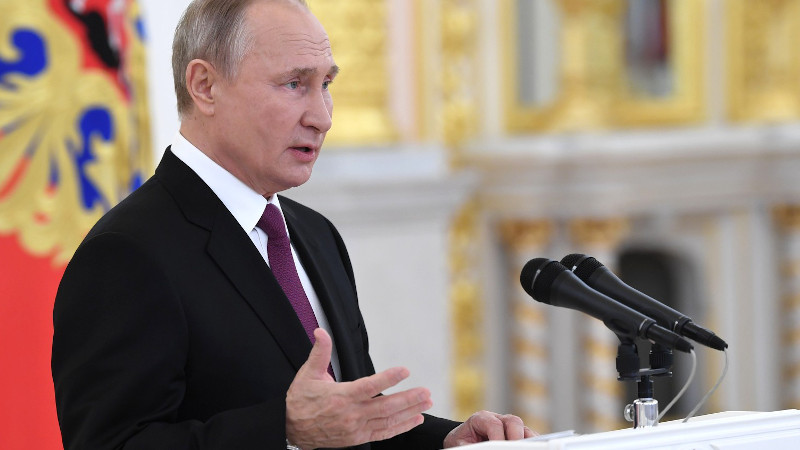 Europe is once again at a crossroads, and it seems that we’re witnessing Europe’s identity crisis and its inability to decide what its values are. On the one hand, there are talks about human rights and protecting them, as well as about honoring the principles of the EU’s Charter of Fundamental Rights in every EU law passed. On the other hand, all principles are being constantly betrayed and our commandments constantly adapt to reflect new values, which is evident by several happenings in the EU’s political and economic arenas.

Of course, you can look at some processes from a different angle if you follow the principle “nothing personal, just business”. But what if it’s the business that is becoming subjective? What concerns Old Europe’s understanding of fundamental values, a great example comes to mind – the enormous German-Russian oil pipeline project Nord Stream 2, which has been in political crosshairs multiple times and has forced everyone to doubt the values of Old Europe.

This is evidenced by the fact that, despite all the crimes committed by the Russian Federation, including the annexation of Crimea, the bloody fighting in Eastern Ukraine and Africa, espionage scandals and the recent attempt of the Kremlin’s bloodhounds to poison opposition activist Aleksey Navalny, some EU nations, particularly those belonging to Old Europe, still insist that we should strengthen economic ties and cooperation with Russia.

And one of these nations is Germany who, despite everything Putin’s regime has done, actively furthers the idea of establishing closer relations with the Kremlin. Perhaps this was the reason the Germans agreed to save Navalny – so that newspaper headlines wouldn’t be so disgraceful for the Kremlin. It seems that for the Germans the most recent Novichok scandal, that has brought up discussions about imposing new sanctions against Russia, is not as important as cheap gas and money.

Not concerned about such negativity, Germany is actively working on completing the gas pipeline project and urging the international community not to link Navalny’s case with Nord Stream 2. This seems utterly wrong because it was the German government that revealed that German specialists found traces of Novichok in Navalny’s body, adding that this was a targeted attack by the Kremlin against a popular Russian opposition figure, not some unfortunate coincidence. But this is not enough for Germany to abstain from engaging in joint projects with Russia. If this isn’t the definition of double standards, what is?

Of course, we can’t define an entire continent or the EU based on a single country, regardless of its influence, but the fact that the gas pipeline project involves more than 100 companies from 12 European countries makes me wonder not only about double standards, but also about the entire system in general, as well as its flaws.

Also, knowing the EU’s stance on issues concerning Russia and the sanctions imposed against it – which were initially even called sanctions against an “aggressor country” – Germany’s stubbornness to complete the project seems very out of place. Additionally, the project is already hindered by numerous EU restrictions, and the US has even imposed sanctions against Nord Stream 2 and the people involved in it, which has put the entire project in a negative light. This brings up a rhetorical question – is all this really worth it?

At the same time, despite Nord Stream 2 being the victory march of Russia’s influence on energy policies, in the western part of Europe it is characterized as being a multinational project across Europe funded by the leading energy companies from France, Germany, the Netherlands, the UK and Austria that will bring in several billion euros of investments in European production and service industries. But everyone seems to forget that this will give Russia an instrument to manipulate energy deliveries and policies in order to circumvent or even lift the sanctions imposed against it.

This is a sure signal of Europe’s inconsistency and inability to follow its own principles. Furthermore, this makes the EU completely lose its purpose, because Europe should stand above such things and prove that what is written on paper also exists in reality. Europe should demonstrate its power, wisdom and courage by sending Russia an open signal that such behavior will not go unnoticed and that transgressors will be punished in accordance with the Charter of Fundamental Rights and principles of ethics. Europe should be united and able to disrupt the gross violations of human rights committed by Russia’s corrupt regime.

But instead, Old Europe has become lost and divided, so far as to submit to corruption but at the same time attempting to maintain the legend of the morally developed union. In reality, it’s doing nothing to adhere to its own moral and ethical values.