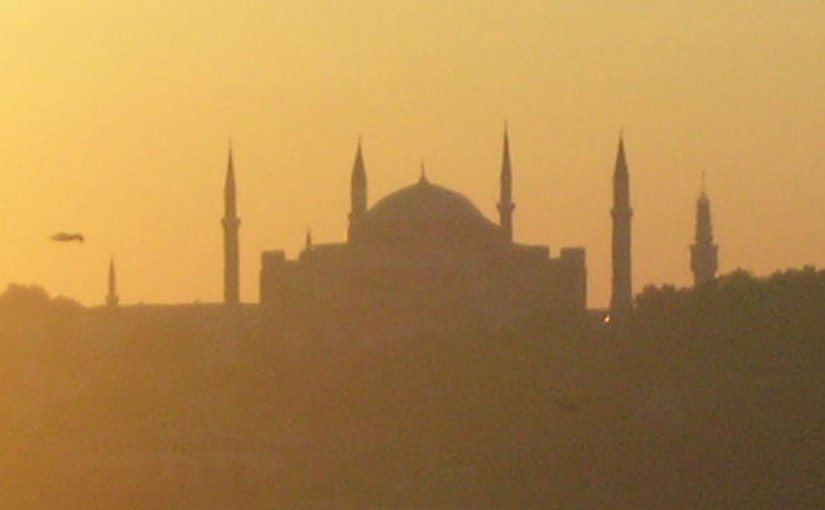 Turkey’s state-controlled top religious authority has conditionally endorsed usury in a ruling that is likely to fuel debate about concepts of Islamic finance and could weaken President Recep Tayyip Erdogan’s efforts to garner religious soft power by projecting Turkey as a leader defending Muslim causes.

The ruling, issued by the Directorate of Religious Affairs or Diyanet that is part of Mr. Erdogan’s office, stated that interest-based home loans were exempted from the 1,400-year-old ban on interest as a form of usury, provided they were extended by a Turkish state bank for the purchase of real estate in a government housing project.

The ruling is widely being seen as serving the interests of Mr. Erdogan’s government rather than a reform of Islam.

“The fatwa is likely to be a hot discussion for a number of weeks or months… We’ll have to see if the fatwa will really increase Islamic mortgage markets. I assume that is the main reason why they made such a controversial fatwa… It will strengthen those opposed to Islamic finance,” said Indonesian Islamic finance scholar Fauziah Rizki Yuniarti.

The fatwa was issued in the wake of reports that Mr. Erdogan had pressured commercial banks to continue granting cheap loans to boost the construction industry. Responsible for the construction of affordable housing, the government’s Housing Development Administration has become an important driver of the Turkish economy that has fuelled an increase in home sales.

The fatwa came days before Mr. Erdogan rattled financial markets by reverting for the first time in two months to his tirade against high interest rates that he asserts bankrupt businesses and fuel inflation. In a surprise move, Mr. Erdogan appointed in November a new central bank governor and promised to adhere to more orthodox monetary policies that would include higher interest rates in a bid to stem a slide of the Turkish lira.

The fatwa, much like Mr. Erdogan’s hesitancy to criticize China’s brutal crackdown on Turkic Muslims in its north-western province of Xinjiang, is likely to cast doubt on Turkey’s religious soft power efforts that involve not only voicing support for Muslim causes but also the construction of mosques in far-flung places across the globe as well as efforts to shape the religious and political beliefs of Turkish diaspora communities in Europe.

Turkish diplomats are likely to use the fatwa to counter mounting criticism in Europe from French President Emmanuel Macron and Austrian Chancellor Sebastian Kurz who have been leading a crackdown on political Islam and pointing fingers at Turkey because it supports groups like the Muslim Brotherhood.

The message was part of Turkish efforts to take the sharp edge off its multiple regional disputes that involve European nations as well as Israel and Saudi Arabia. The moves were in anticipation of US President-elect Joe Biden taking office and in advance of European Union and NATO summits that could censor Turkey.

“Turkey is an ally, that in many ways… is not acting as an ally should and this is a very, very significant challenge for us and we’re very clear-eyed about it,” said Anthony Blinken, Mr. Biden’s nominee for Secretary of State, during his Senate confirmation hearing on Monday.

A Turkish plan to open three schools in Germany has run into opposition from conservative and left-wing politicians. Turkey argues that the schools would be responding to community demands that students have an opportunity to opt for Turkish as an elective alongside other foreign languages.

Left Party member of parliament Sevim Dagdelen charged that “it is fatal for the government to negotiate the opening of private schools in Germany while the Turkish autocrat drives the critical intelligentsia of his country into prison or exile.”

The school controversy came amid a heated debate about a plan to train imams of the Turkish-Islamic Union for Religious Affairs (DITIB), one of Germany’s largest Muslim associations that maintains close ties to Mr. Erdogan’s religious affairs directorate.

The training would compete with a similar course at the University of Osnabruck that has been endorsed by Germany’s Council of Muslims whose 15-20,000 members include Muslims of German and Arab as well as Turkish descent.

The government has pressured DITIB, which operates close to 900 of Germany’s 2,600 mosques and employs 1,100 Turkish-funded and trained imams, to opt for German-educated clerics who in contrast to their Turkish counterparts are fluent in German.

The government stopped subsidizing DITIB in 2018 while Germany’s intelligence service, the Federal Office for the Protection of the Constitution, reclassified the group as a nationalist rather than a religious organisation.

It will take more than a fatwa on interest to counter increasingly deep-seated Western distrust of Mr. Erdogan even if Western elites may read the ruling as an indication that the Turkish president potentially is mellowing.

Mr. Erdogan may, however, have to explain his apparent willingness to opportunistically break with religious norms to a Muslim world in which he ranks as one of the most popular figures despite widespread elite hostility towards him.