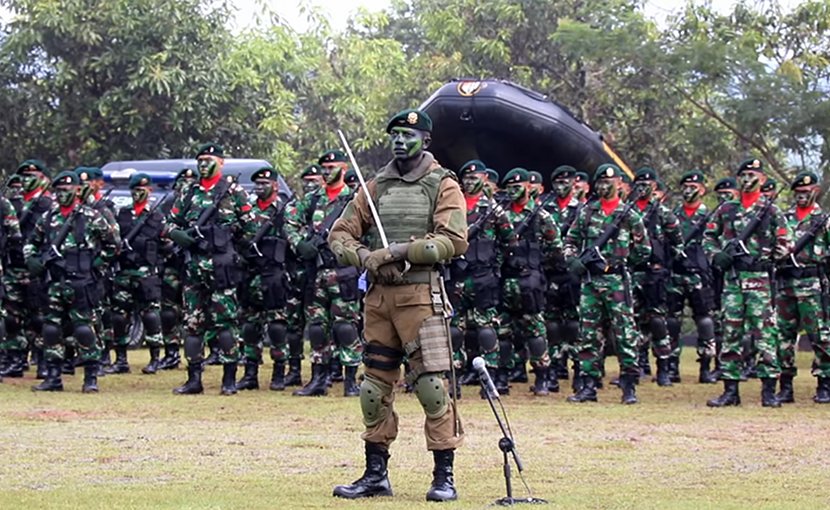 Support for Islamic State is declining among Indonesian extremists, and Jemaah Ansharul Daulah (JAD), once the largest of the country’s many pro-ISIS groups, has become largely inactive, according to a report by the Jakarta-based Institute for Policy Analysis of Conflict (IPAC).

The IPAC report notes, that at the same time, a process of regrouping and splintering is producing new cells, and some Indonesians believe their oath of loyalty to ISIS leaders obliges them to continue fighting in any way they can. The overall picture is of a manageable threat, even as there is no end in sight to the emergence of small, poorly trained groups with the intention to do harm.

“There are no extremist groups operating in Indonesia today that present a serious threat to Indonesian stability or that are beyond the capacity of the police to manage,” said Sidney Jones, director of the Institute for Policy Analysis of Conflict (IPAC).

“The Decline of ISIS in Indonesia and the Emergence of New Cells”, the latest report from the examines the status of the major pro-ISIS organisations in Indonesia and a selection of smaller ones to understand the dynamics that have weakened them and caused discontent and departures. The arrest of many top pro-ISIS leaders (an appendix lists more than 70) has led to disruption in the ranks and a sense among some members that the costs of involvement are too high. The difficulty of getting to Syria or any other jihad theatre has taken away a powerful ISIS draw. In a few cases where key extremist leaders have been persuaded to disengage, ordinary members have followed.

New cells continue to pop up, however, including some formed through social media and in areas that have no history of extremist violence. Most are weak, in the sense of having few skills, resources or strategy, but weakness has never been any deterrent to violence in Indonesia. Many terrorists have taken to heart the maxim, “Better to be a lion for a day than a sheep for life.”

The report notes that many pro-ISIS groups emerged from existing extremist groups committed to an Islamic State in Indonesia. Even if some return to their pre-ISIS focus, it may be with a harsher ideology and a vision of a state shaped by ISIS propaganda.

The revolving door of Indonesia’s prisons remains a concern, with some 250 convicted terrorism offenders scheduled for release in 2021. Many were arrested in “preventive strikes” following the application of a strengthened anti-terrorism law in 2018. While police surveillance and monitoring capacity has improved significantly in recent years, the danger remains that some of those released will return to their old networks.

The report concludes with ten concrete policy recommendations for the Indonesian government from more attention to Qur’anic memorisation schools for children in known extremist areas to changing the incentive structure in the police to reward successful disengagement efforts.