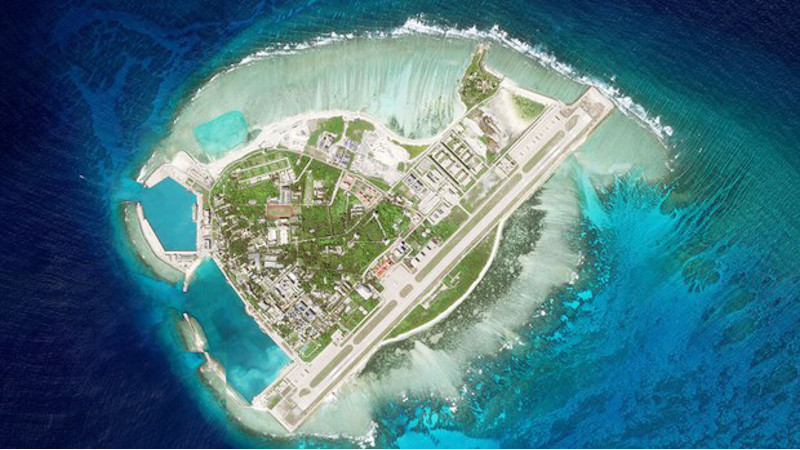 China has reclaimed more land on Woody Island, its main outpost in the northern part of the South China Sea, and is fortifying the island’s coast against erosion, according to new satellite imagery and Chinese government documents.

This effort points to China’s commitment to securing its island bases against the extreme environmental conditions of the South China Sea, where its sweeping territorial and maritime claims are disputed by its neighbors.

Woody Island is the largest natural land feature that China occupies in the South China Sea. The island, located in the Paracel group, serves as the headquarters for Sansha City, and hosts People’s Liberation Army (PLA) forces.

China established Sansha City in 2012 to administer the Paracel and Spratly islands, Macclesfield Bank, Scarborough Shoal, and their surrounding waters – though these are areas contested by several other governments in the region.

Since then, China has significantly expanded Woody Island and improved the island’s infrastructure, enlarging its original harbor, completing a new harbor, and carrying out significant land reclamation along its northern coast. This activity was part of China’s broader land reclamation campaign in the South China Sea, which also saw it build massive artificial islands in the Spratly Islands further south.

Although China’s land reclamation spree was largely complete by 2017, documents reviewed recently by Radio Free Asia (RFA), a BenarNews sister entity, shed light on how work on Woody Island continues. They show that Sansha City launched the first phase of a “coastal renovation and restoration project” on the island in late 2018, inviting companies to bid on surveying and planning contracts.

According to an environmental impact assessment from February 2019, the local authorities planned to carry out work on 2,159.1 meters of coastline on the northern side of Woody Island. They were reportedly planning to build 336.9 meters of seawalls, a 55-meter blocking sand jetty, four 40-meter groins, and 1,822.2m meters of revetment. Another bidding document from March 2019 provides slightly different specifications.

In May 2019, Sansha City signed a “physical model experiment” contract with the Ministry of Transport’s Tianjin Research Institute for Water Transport Engineering. The bidding paperwork for this contract suggests that the institute was responsible for modeling shoreline erosion on Woody Island in support of the city’s renovation and restoration work.

The document specifies that the successful bidder would simulate waves breaking on Woody Island’s fringing reef and transmission losses under extreme storm surge conditions, among other experiments.

The investment in protecting Woody Island from the elements reflects its strategic importance to China. Its infrastructure supports PLA Navy, China Coast Guard (CCG), and maritime militia operations. The CCG and China’s maritime militia frequently harass the fishing boats and other vessels of other South China Sea claimants. The Paracels, where it is located, are disputed between China, Vietnam, and Taiwan.

In June 2020, RFA reported that China had resumed dredging at Woody Island and had started building reinforcements on the island’s northern coast. New satellite imagery reveals that China continued this work into late 2020, including additional land reclamation to expand the island’s coastline.

These changes are likely the product of Sansha City’s “coastal renovation and restoration project.”

The city’s restoration work on Woody Island’s coast appears poised to continue in 2021. Records show that Sansha City signed another planning contract for phase one of the project with CCCC Water Transport Planning and Design Institute Company Limited in August 2020. Moreover, that the city initiated a “phase one” suggests that the city could launch subsequent phases of work.

Sansha City’s current efforts to fortify Woody Island’s coast against erosion are part of a broader push to ensure the long-term viability of China’s settlements in the South China Sea.

For example, China has also planted trees on small islets to prevent soil erosion. These efforts underscore China’s intention to maintain a permanent presence on the contested islands and reefs of the South China Sea, despite growing criticism that its territorial and maritime claims are not supported by international law.