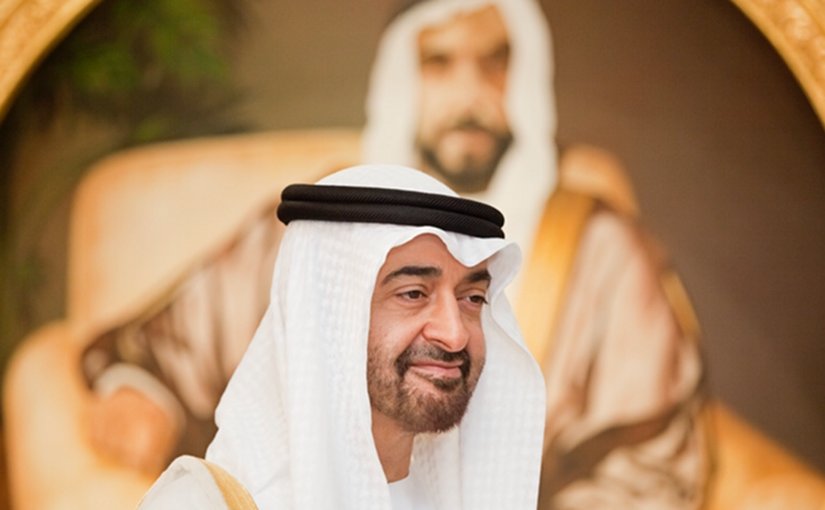 President-elect Joe Biden won’t walk away from the UAE, but there are a number of issues that will seriously test the relationship.

The outcome of the American presidential election did not please the leadership in Abu Dhabi. Like their counterparts in Saudi Arabia, Bahrain, and Israel, Emirati officials have been supportive of most pillars of President Trump’s foreign policy agenda in the Middle East.

Heavily focused on efforts to weaken the Islamic Republic of Iran, keen to avoid criticising the human rights records of US-friendly governments, and always determined to increase American arms sales to regional actors such as the United Arab Emirates (UAE), the outgoing administration established deep relations with Abu Dhabi.

Although the UAE is likely in a strong position to work closely with the Biden administration, the change in US leadership raises some concerns for Abu Dhabi. However, with a foreign policy that has proven to be flexible, the UAE might successfully navigate the coming changes in US foreign policy more easily than other governments, particularly in light of the Abraham Accords’ passage and the UAE’s hedging policy toward Iran.

Many in Washington believe that the UAE has been America’s strongest Arab ally in the “Global War on Terrorism” and Biden’s administration will probably try to build on the special partnership that Washington and Abu Dhabi began investing in heavily back in the 2000s—at least in certain domains.

Throughout Trump’s presidency, Washington’s anti-Iran “maximum pressure” agenda did much to assuage Emirati concerns from the Obama era that the US had planned to abandon its Gulf Arab friends in favor of a partial thaw in US-Iran relations.

When President Trump pulled the US out of Joint Comprehensive Plan of Action (JCPOA) in 2018, the UAE was one of only four countries globally to applaud the controversial move, which resulted in years of escalating brinkmanship between Washington and Tehran that has endured into the final days of the Trump presidency.

As is the case with some of the US’s other regional allies and partners, the UAE has concerns about how reducing Washington’s pressure on Tehran in the post-Trump era could embolden Iran in its regional conduct, which Abu Dhabi sees as predatory and destabilising.

The Islamic Republic’s clout within Arab states is a major source of unease for Abu Dhabi, which saw the JCPOA as suboptimal and believes that the US would be misguided to return to the accord, at least in its 2015 form.

Human rights in the Arab world

Although Trump and those around him cynically invoked the struggle to defend human rights when pursuing policies that targeted adversaries such as China, Iran, Syria, and Venezuela, the outgoing administration did next to nothing to put similar pressure on US-friendly states in the Gulf.

The extent to which Trump’s administration bent over backwards to give Saudi Arabia’s Crown Prince Mohammed bin Salman the benefit of the doubt amid the Jamal Khashoggi murder underscored how bereft concerns about human rights and international law have been in Trump’s handling of Saudi Arabia. Never before has a US administration been so overtly transactional with its Middle Eastern allies and partners.

There may be good reason to expect the Biden administration to clash with Abu Dhabi regarding human rights issues related to the UAE’s own foreign policy. Specifically, Abu Dhabi’s support for the Syrian government, Libya’s General Khalifa Haftar, the Wagner Group, and Yemen’s separatist Southern Transitional Council (STC) could be more contentious issues in US-UAE relations in the Biden era.

However, it remains to be seen whether that would take the form of empty rhetoric or more concrete action. A major challenge for Biden will be to rein in the agendas of counter-revolutionary states in the region such as the UAE. These governments felt emboldened by Trump’s foreign policy, with respect to some of their maximalist positions and bellicose conduct. Of course, doing so will not be easy and the Biden administration will likely come to understand that the UAE is not a country which Washington can necessarily influence or control so easily.

In Syria, Biden’s administration will certainly uphold the US position that Bashar al Assad’s regime is illegitimate. The president-elect’s pick for Secretary of State, Antony Blinken, has advocated helping anti-Assad forces maintain control of Idlib province.

For the UAE, which reconciled with Damascus in late 2018 and has subsequently supported Assad’s regime in various ways over the past two years, questions about Syria’s future role in the region could add some tension to US-UAE relations. It will be important to see how Abu Dhabi navigates the US sanctions on Syria—known as the Caesar Act—while the Emiratis try to help the war-torn country rebuild under the Assad regime.

In Libya, there is a serious possibility that the next American head of state will pursue policies aimed at strengthening the Tripoli-based Government of National Accord (GNA). This would be a direct challenge to Abu Dhabi’s pro-Haftar agenda.

Furthermore, Libya might be one area where the Biden administration seeks to challenge Russia’s increasingly entrenched influence, which would be problematic from the Emirati perspective given that Abu Dhabi and Moscow have worked together during the country’s civil war.

A Pentagon report maintaining that the UAE has perhaps financed the Wagner Group’s operations in Libya aimed at boosting Haftar’s position against the GNA strongly highlights this point.

In Yemen, the Biden transition team has vowed to cut off support to the Saudi-led coalition, for which the UAE is officially part, despite the UAE’s “withdrawal” from the conflict in 2019. Even if Riyadh receives harsher treatment from Biden vis-a-vis the Yemeni conflict, the new administration could also take issue with Abu Dhabi’s support for the STC.

From a defense standpoint, the Emiratis are worried that the Biden administration will not support the future sale of F-35 stealth fighter jets to Abu Dhabi. The transaction would be part of a controversial  $23 billion deal, which would also include munitions and advanced, weaponised drones, that the Trump administration supported in 2020.

Blinken said the Biden administration will give this sale a “hard look” before making a decision. Much is at stake given the potential for this deal to significantly strengthen the UAE’s position as a military force in the region.

Yet, with Amnesty International warning that the UAE would use such weapons for “attacks that violate international humanitarian law and kill, as well as injure, thousands of Yemeni civilians”, the Biden administration’s decision will say much about the extent to which it places human rights as a focal point in its Middle East foreign policy.

Some lawmakers in Washington can be expected to put pressure on Biden to upend the deal, citing various controversial aspects of Abu Dhabi’s foreign policy, particularly vis-a-vis Libya and Yemen.

Biden won’t walk away from the UAE

Despite all these sources of concern and potential areas in which Abu Dhabi might find Biden’s approach to foreign policy to be problematic, the UAE still has a good chance at working well with the incoming administration.

By virtue of the fact that Abu Dhabi has normalised diplomatic relations with Israel and joined Washington in putting pressure on other Arab/Muslim countries to follow suit, the UAE has certainly enjoyed a recent public relations enhancement as it presents itself as a “tolerant” and “moderate” country bridging gaps between Arabs and Israelis. Moreover, it will serve the UAE well to have Israel’s leadership pressing the Biden administration to avoid criticising Abu Dhabi on some of these hot-button issues.

With respect to Iran, the Emiratis began preparing for the possibility that Trump would lose his re-election bid and that US pressure on Tehran would diminish with a Democrat in the Oval Office.

Abu Dhabi’s modest diplomatic overtures to Tehran, which began in mid-2019 and continued throughout 2020, underscored the UAE’s ability to hedge and adapt to new dynamics at regional and global levels. To be sure, in this sense the Emiratis will have a major leg up over the Saudis in terms of dealing with the Biden administration.

At the same time, the UAE has its own varying degrees of leverage that it can exercise over the Biden administration, mainly in the form of moving closer to Russia and China.

Without doubt, regardless of who sits in the White House, the US would not like to see any Arab Gulf state enhance its partnerships with Moscow and Beijing at the expense of Washington’s influence in the Middle East. However, given their deft approaches to managing their countries’ bilateral relationships in the region, Vladimir Putin and Xi Jinping will surely complicate Biden’s agenda in relation to the UAE and other actors in the Middle East.

The article America Won’t Walk Away From The UAE – Analysis appeared first on Eurasia Review.