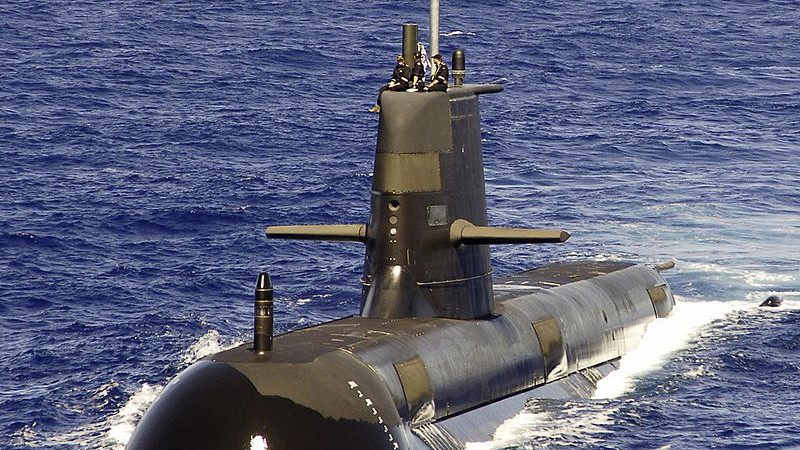 One only gets into the submarine procurement business to spite government treasurers and economic managers.  Efficiency and effectuality are bonus additions, but hardly necessary.  Witness the evolving disaster that is Australia’s SEA 1000 Future Submarine program, won by France’s DCNS, now Naval Group, in 2016.

From the start, this seemed an audaciously peculiar choice. Australia had avoided purchasing more appropriate, medium-sized submarines from a conventional submarine maker, opting, instead, for a nuclear submarine design that would be retooled for conventional use.  For a country that is the third largest exporter of uranium, this was ironic as much as it suggested castration.

Australia’s then Prime Minister Malcolm Turnbull was all assurance about what would be a new class submarine, the Shortfin Barracuda.  “The competitive evaluation process (CEP) has provided the government with the detailed information required to select DCNS as the most suitable international partner to develop a regionally-superior future submarine to meet our unique national security requirements.”

Defence Connect also noted such lofty expectations, with the Attack Class submarine “expected to deliver a quantum leap in the capability delivered to the Royal Australian Navy and its submarine service by leveraging technology and capabilities developed for nuclear submarines, implemented on a conventional submarine.”  Be wary of leaping submarines with leveraged technology.

This pompous assertion of faux strategic value was initially to cost AU$50 billion.  But by May 2018, it became clear that the picture was somewhat dearer.  Rear Admiral Greg Sammut had to concede to Australian senators in an estimates hearing that another AU$50 billion would be required to sustain the submarines for the duration of their operating life.  In explaining this to Senator Rex Patrick, Sammut had obviously heeded lessons from the civil service school of obfuscation.  “Many of the detailed costs of acquisition and sustainment will be determined during the design process through choices made but at this point early estimation of the sustainment costs for the fleet are of the order of up to $50 billion on a constant price basis.”

Combing through this dull, turgid answer, and the implications were ominous.  The expenditure for the submarine program would only rise, with the cost of sustaining the naval brutes being anywhere from two to three times that of their acquisition price.  “It’s disturbing that Defence has done this,” remarked Senator Patrick at the time.

In any other context, this would be regarded as gross negligence, but defence costs operate in another realm of insensible practice.  And just to illustrate the point, over the course of five months in 2020, the submarine project cost Australian taxpayers a further AU$10 billion, occasioned by currency fluctuations and an oversight on the planned commencement date for the construction of HMAS Attack, intended as the fleet’s lead boat.

The rising cost of the program has caught the attention of other politicians as well.  One Nation’s Senator Malcolm Roberts might be risibly dotty on such matters as climate science, but when it comes to defence expenditure, his feet are firmly planted.  In May 2020, he, in his own words, “took time to condemn the new contract signed to build 12 new submarines.”

To his fellow senators, he asked whether the government had taken leave of its senses during times of COVID-19.  “In the middle of this pandemic we cannot afford to proceed with this contract.  This money will be far better spent to support the Australian recovery from the economic pit, that is caused by this pandemic.  By the time these submarines are delivered, they will be obsolete.”

These are not the only problems associated with this profligately foolish exercise.  Questions have been asked about what has politely been termed “the amount of Australian industry content in the program” and the commitment of Naval Group to developing Australian industry.  Suspicions remain that this is, at heart, a French driven enterprise, with a duped Australia limping along with the cash.

In January 2020, the Australian National Audit Office weighed in with a report outlining the risks in the SEA 1000 program, even at its incipient stages.  “The decision not to acquire a military-off-the-shelf submarine platform, and instead engage a ‘strategic partner’ to design and deliver the submarines with significant Australian industry input, has increased the risk of this acquisition.”  Delays were already taking place in the design phase; “contracted milestones” had been extended.  The ANAO also had a nugget of enlightenment: the government’s own Naval Shipbuilding Advisory Board, comprising US admirals previously receptive to the French proposal, suggested that Australia walk away from its contract with Naval Group.

In February 2020, such concerns worried the Department of Defence and Naval Group sufficiently to warrant a firm rebuke to naysayers in a joint statement.  “Sovereign control over the Attack Class submarine fleet and maximising Australian industry involvement throughout all phases of the Attack Class Submarine program are contracted objectives in the strategic partnering agreement between Defence and Naval Group.”  Australian industry would also be “systematically” approached “to identify suitable suppliers of the vast array of equipment to be fitted to the submarine, ranging from hydraulic systems to galley equipment.”

Minister for Defence Linda Reynolds was distinctly unimpressed with Naval Group Australia CEO John Davis, who had expressed his frank concerns about the project to journalists, generally approving of the findings of the ANAO report.  “I am disappointed by comments attributed to Naval Group Australia as they do not reflect the strong collaboration between Naval Group and Australian industry on this program of national significance.”

The literature of expert doubt is also growing.  A report commissioned by Submarines for Australia, conducted by Insight Economics last year, was damning.  It noted how Naval Group was pushing back on incorporating “Australian content”; a “dangerous capability gap” given delays in the project; and the “questionable strategic value” of the entire effort.  Gary Johnston of Submarines for Australia was crushing in his critique: the Australian-French contract was based on “dumbing down a nuclear submarine by removing the whole basis of its superior capability, and then charging at least twice as much for a far less capable submarine.”

The suggestion by Insight Economics, building on concerns from the Defence Department that some mitigation strategy might be in order, was revisiting the Collins class submarine – Australia’s current operating submarine platform – and modernising it.  “On the basis of expert professional advice, we consider that an evolved Collins 2.0 submarine, with a comparable ability to Attack, could be delivered at least five years earlier, at a much lower cost and with 70 per cent of local content.”  Dare they dream?

The SEA 1000 effort is misfiring masculinity at worst, a striking example of Maginot Line thinking: we need this to make a statement, because other countries so happen to be playing in the same waters.  The tendency towards error and bungling, notably when it comes to acquiring and maintaining a submarine arm in defence, are consistent.  The Collins class submarine itself, intended as Australia’s “Holden amongst submarines,” should have furnished sufficient warning.  Instead, it laid the grounds for another colossal blunder, showing defence procurement to be a game for dunces.