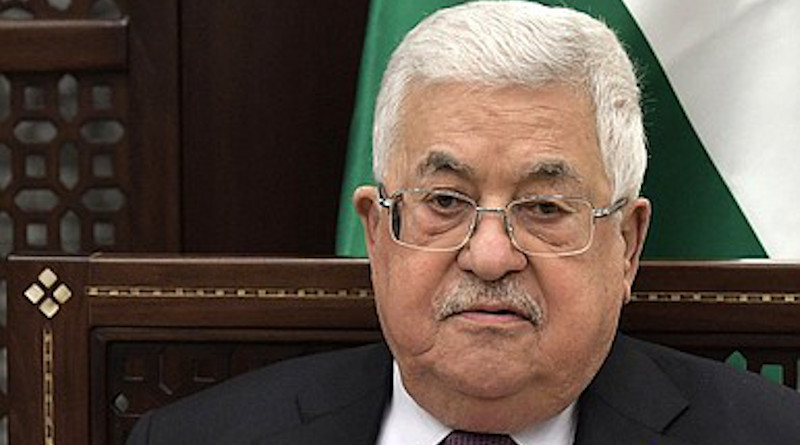 Palestinian Authority (PA) President Mahmoud Abbas last week announced that elections for the Palestinian Legislative Council (PLC) will be held on May 22, followed by a presidential poll on July 31. Named chairman of the Palestine Liberation Organization after Yasser Arafat died in 2004, Abbas was elected as PA president in 2005. But Abbas was no Arafat and he quickly found himself facing a political threat from an emboldened Hamas in the Gaza Strip. The collapse of the peace process and the rise of Israel’s anti-peace, right-wing governments led by Ariel Sharon and Benjamin Netanyahu fueled the Hamas rise.

Abbas’ Fatah party lost its mandate in the 2006 PLC elections, when Hamas won 74 of the 132 legislative seats compared to Fatah’s 45. Now, 15 years later, Abbas is hoping new elections might strengthen the Palestinian position as Joe Biden — who was vice president during the administration of Barack Obama — takes his place in the White House.

You cannot blame Palestinians for being cynical or seeing these elections as another exercise in futility. Promised peace after recognizing Israel’s “right to exist” in 1993, they have seen only brutal oppression from a state that has become more and more hard-line and inflexible. But elections could send a strong message to Biden that the Palestinians are committed to peace and give him the power to pressure Israel, something Donald Trump refused to do. The Palestinians were pushed aside by Trump’s son-in-law, Jared Kushner, who made vague promises of peace and outlined a map that parceled out Palestinian statehood into Bantustans with few or no real concessions from Israel.

Palestine’s only real hope for backing has been from Saudi Arabia, which has made any agreement with Israel contingent on Tel Aviv making peace with the Palestinians. The Kingdom’s support for Palestine has kept Abbas, the PA and the hope for peace alive, while managing, at least for now, to neutralize Hamas.

Palestinians should not see the elections as a final answer to their problems, but rather as an opportunity to regroup, open a new door and more effectively confront Israel’s anti-peace policies. The question is whether the rival Palestinian factions can unify. The only way to do that is through an election mandate.

So what will the Palestinian voters do? Turn toward negotiated peace as represented by the PA or back the continued rejection and resistance of Hamas? Both strategies have failed, mainly because the Palestinians have been divided. Burdened by Israel’s unrelenting violence and aggression, it has been difficult for Palestinians to envision achieving a genuine peace with Israel. The only choice they have is to support a return to a negotiated peace and the hope that, just maybe, Biden, who has shown a special concern for Arab and Muslim Americans, will do what his predecessors failed to do and pressure Israel to make the land concessions necessary for a viable peace deal.

The problem is that, beyond his courtesies to Arab and Muslim Americans and his promise to lift Trump’s so-called “Muslim ban,” Biden carries the burden that Obama left on his shoulders. Despite his “happy talk,” Obama failed to deliver anything of significance for Palestinians, for peace or even for the Arab world. His eight years in office were instead marked by three Israeli wars on Gaza.

The choice for Palestinians is simple. Do they want to accept their fate and live under Israeli apartheid, oppressed by military violence? A vote for Hamas would pretty much do just that. Or do they want to take another chance on hope and vote for Abbas’ party?

Peace is not guaranteed, but it is clear Palestinians might have a chance with Biden, who has previously called himself a Zionist and has been a strong supporter of Israel. They used to say that only a tough Israeli prime minister like former terrorist Menachem Begin would have the strength to make peace with Egypt in 1979.

Elections would at least allow Palestinians in Gaza and the West Bank to make that choice.

Abbas is demanding that Palestinians living in East Jerusalem also be given the right to vote. This is where the UAE, Bahrain, Morocco and Sudan, who have signed normalization agreements with Israel, can now demand their quid pro quo. Although Jerusalem in its entirety has been declared a part of Israel, the authorities have treated its Palestinians residents like foreigners with no rights.

I believe Palestinians living in the diaspora should be given the right to vote as well. The perception is that diaspora Palestinians, who are even angrier about Israel’s continued violence, would support Hamas, but I disagree.

Although the angry voices of extremist Palestinian activists are loud, the majority of diaspora Palestinians have been silent. They prefer to be silent to avoid the bullying that confronts any Palestinian who openly advocates negotiations in the face of Israel’s violence, its discriminatory laws, and its continued expansion of illegal and racist settlements. I believe the majority of diaspora Palestinians, if given the chance to vote, would choose peace over continued conflict, giving Abbas a clear mandate.

The remaining question is whether or not Hamas would abide by the election results if Abbas manages to win. In that case, would Hamas continue to act as an independent, second government from Gaza, dividing Palestinians, weakening their voice and making them, once again, easy to ignore?

The article Palestinians Have Chance To Choose Peace Over Violence – OpEd appeared first on Eurasia Review.