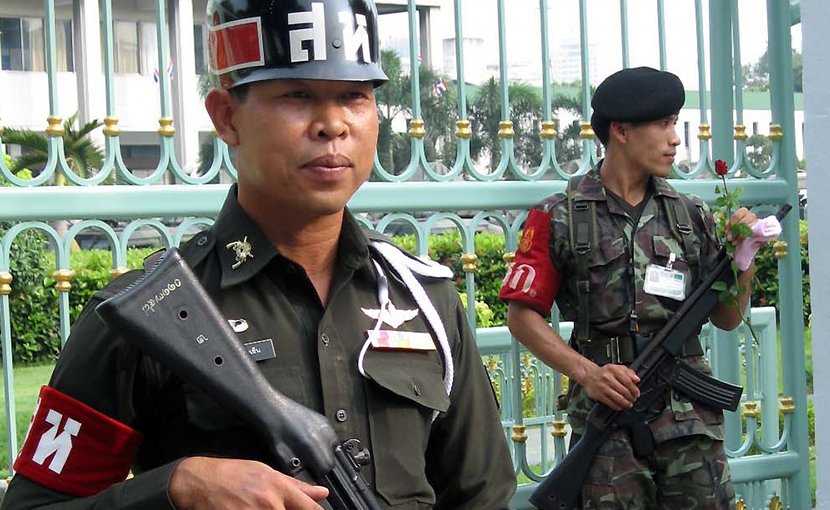 One year ago, Thai negotiators were preparing to engage in direct talks with Barisan Revolusi Nasional (BRN) rebels for the first time. That meeting, held on 20 January 2020, was considered a breakthrough in efforts to resolve separatist violence in Southern Thailand, marking the first time Bangkok had engaged in formal dialogue with the group in control of most fighters on the ground, thought to number 400. The initial talks, mediated by Malaysia, were followed by a second round in Kuala Lumpur from 2–3 March.

Both parties hailed early progress, with the Thai panel led by Gen. Wanlop Rugsanaoh labelling the talks as “constructive,” while the BRN delegation, led by Anas Abdulrahman, indicating that it would participate in future negotiations. Then the COVID-19 pandemic struck, stalling momentum. No talks have been held since. Yet it did have an initial positive effect: on 3 April, the BRN announced it would “cease hostilities” on humanitarian grounds to ease the situation for health workers tackling the virus in the Deep South.

Although that ceasefire was broken within a month, a local monitoring group found violence declined significantly in 2020, until a spike in roadside bombings and ambushes toward the end of the year. This uptick in violence creates a new imperative to resume talks; however, travel restrictions remain in place amid a recent surge in COVID-19 cases in Thailand and Malaysia, preventing dialogue panels from meeting in-person. The pandemic, having scuppered renewed talks, now risks an erosion of trust at a crucial time.

Past efforts to end the insurgency have made little progress. Separatists have fought for autonomy or independence for the four Muslim-majority provinces of Narathiwat, Pattani, Songkhla and Yala, which border Malaysia, for decades. Many residents in the Malay-speaking south, where Islam is the dominant religion and cultural reference point, reject full assimilation into Buddhist-majority Thailand, which has exercised sovereignty over the region since the 1909 Anglo-Siamese Treaty marked the modern border.

In 2013, Bangkok initiated talks with Mara Patani, a political organization representing a loose coalition of rebel forces. The dialogue fell flat as the BRN continued its attacks, undermining the process. Adding to a string of local shootings and ambushes, the BRN at times launched more audacious attacks aimed at disrupting talks. In May 2017, rebels bombed a shopping center in Pattani, wounding 56 people, while a November 2019 raid on a security checkpoint in Yala left 15 armed civilian defense volunteers dead. The inability of Mara Patani to prevent such attacks forced the government to enter into dialogue with the BRN.

The first informal talks between the two sides took place in Berlin in late 2019, with back-channel talks also rumored to have taken place in Indonesia, ahead of the historic two rounds of formal negotiations held in Kuala Lumpur in early 2020. Both parties expressed cautious optimism last March. The Thai panel said early talks had gone well but called for “time, continuity and support” and a “reduction of violence in order to create a conducive atmosphere” ahead of future meetings. Yet after the onset of COVID-19, there have been no further rounds of talks and the fleeting peace process has been stopped in its tracks.

Despite talks being placed on hold, the BRN’s COVID-19 ceasefire reflected the goodwill brought about by the peace process. It held for four weeks last April, until a military raid in Pattani sparked retaliatory rebel attacks. Yet large-scale attacks last year were rare, with the pandemic generally resulting in lower levels of violence. Monitoring group Deep South Watch recorded 252 incidents, causing 96 deaths, from January–October 2020, compared to 350 incidents and 148 deaths in the same period in 2019. The last few months however, have seen an uptick in violence, indicating a gradual return to low-level warfare.

Rebel activity likely reduced last year because of travel restrictions and enhanced border controls put in place to combat COVID-19, preventing insurgents from crossing the Malaysian border to evade arrest by Thai forces after launching attacks. The military commander in the south, Lt.-Gen. Kriangkrai Srirak, said recently that his troops hoped to restrict rebel movements further by installing barbed-wire fencing and bright lights along the 595km border. Yet he also said “suppression and law enforcement” alone will not end the conflict, voicing his support for talks and the need to obtain the trust of the Muslim community.

If a third round of talks is able to be convened later in the year, there is plenty for both sides to discuss. Local journalist Kavi Chongkittavorn reported in the Bangkok Post in October that the peace negotiating panels of the government and the BRN had been in touch with each other virtually to discuss “issues of contention” during the previous meetings. The issue of immunity from prosecution for BRN insurgents, in the event that they agree to lay down their arms, is likely to top the agenda at any upcoming talks.

It has also been reported that leaders of Provincial Islamic Committees from the south have submitted their own proposal covering social and religious issues. The proposal called for the creation of a Family and Inheritance Court and Community Police Force, and consultation with local Islamic committees over the appointment of provincial governors and judicial officials. It also advocated for its right to administer the Hajj pilgrimage and called for the use of Malay language on all public signs and government offices.

Softer, yet highly symbolic societal matters such as these, where the Thai government may be willing to offer concessions, would be an ideal starting point for talks, paving the way for discussion over the more contentious issue of the final political status of the southern provinces. Hardline factions within the BRN are sure to push for a comprehensive autonomous settlement, if not full independence. Yet so far only a “special administrative zone” has been offered within the constitution’s “one and indivisible kingdom.”

Making peace amid a pandemic

Any hope that talks could resume in early 2021 have been dashed by rising COVID-19 cases in Thailand, which issued a “stay at home” order on 4 January, and Malaysia, which announced a new lockdown on 12 January and has declared a “state of emergency” to deal with the pandemic. As a result, there is little chance of the Thai government and BRN negotiating panels meeting face-to-face in the coming months.

Yet both parties remain willing to meet when possible, and Malaysia remains committed in its mediation role under new prime minister Muhyiddin Yassin, who assumed office on the same day the peace panels last convened in March 2020. Negotiations with the BRN represent the only realistic way forward, and if talks restart in 2021, the hope is that the south could yet see violence decline for a second year running.

This article was published by Geopolitical Monitor.com