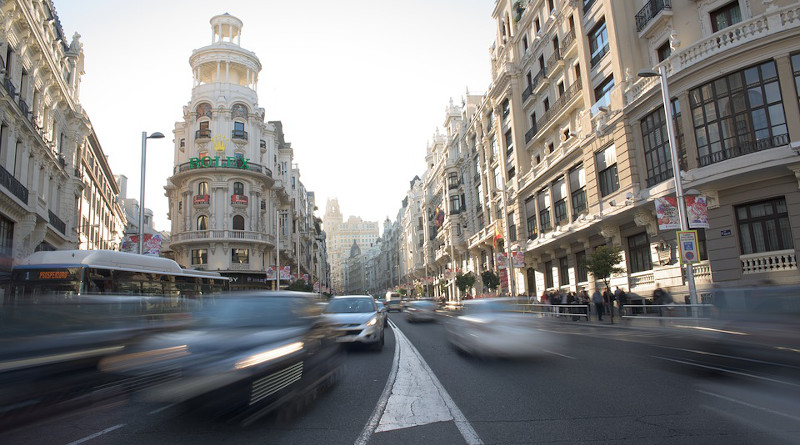 A health impact study has for the first time estimated the mortality burden attributable to air pollution in more than 1,000 European cities. The study, published in The Lancet Planetary Health, includes a ranking of the European cities with the highest rates of mortality attributable to each of the two air pollutants studied: fine particulate matter (PM2.5) and nitrogen dioxide (NO2). The research project was led by the Barcelona Institute for Global Health (ISGlobal), in collaboration with researchers from the Swiss Tropical and Public Health Institute (Swiss TPH) and Utrecht University.

The findings show that 51,000 and 900 premature deaths could be prevented each year, respectively, if all the cities analysed were to achieve the PM2.5 and NO2 levels recommended by the World Health Organisation (WHO). However, if all of the cities were to match the air-quality levels of the least polluted city on the list, even more deaths could be prevented. Specifically, the number of premature deaths that could be prevented each year by reducing PM2.5 and NO2 concentrations to the lowest measured levels are 125,000 and 79,000, respectively.

After estimating the preventable premature deaths in each city, the research team ranked the cities by mortality burden for each of the two pollutants studied.

“We observed great variability in the results for the different cities analysed,” commented ISGlobal researcher Sasha Khomenko, lead author of the study. “The highest rates of mortality attributable to NO2, a toxic gas associated primarily with motor-vehicle traffic, were found in large cities in countries such as Spain, Belgium, Italy and France.”

“For PM2.5, the cities with the highest mortality burden were in Italy’s Po Valley, southern Poland and the eastern Czech Republic. This is because suspended particulate matter is emitted not only by motor vehicles but also by other sources of combustion, including industry, household heating, and the burning of coal and wood,” added Khomenko.

At the opposite end of the ranking are the cities with the lowest rates of mortality attributable to air pollution, a privileged position occupied by northern European cities in both the PM2.5 and NO2 rankings.

“This is the first study to estimate the mortality burden attributable to air pollution at the city level in Europe,” commented Mark Nieuwenhuijsen, senior author of the study and Director of the Urban Planning, Environment and Health Initiative at ISGlobal, a centre supported by the “la Caixa” Foundation. “Our findings support the evidence suggesting that there is no safe exposure threshold below which air pollution is harmless to health. They also suggest that the European legislation currently in force does not do enough to protect people’s health. Therefore, the maximum NO2 and PM2.5 levels allowed by law should be revised. We hope that local authorities can use these data to implement urban and transport planning policies aimed at improving people’s health.”

This study forms part of the ISGlobal Ranking of Cities project and is the first in a series of analyses of the health impacts of various environmental factors inherent to urban life, including air pollution, noise, access to green spaces, heat island effects, etc.

The website http://www.isglobalranking.org has been created as a hub for the rankings and detailed data on each city. The site is currently available in English, Spanish and Catalan. Data from the project’s other analyses and rankings will be added to the site as they become available.

The study followed the quantitative health impact assessment methodology, which compares current levels of air pollution in cities with two counterfactual scenarios with improved air quality. Relying on recent scientific evidence on the relationship between air pollution levels and mortality, the researchers calculated the impact that both air-pollution reduction scenarios would have on the mortality burden. Three mathematical models were combined to determine the average levels of each pollutant in each city, taking values from 2015 as a baseline and comparing them to data from 2018.

To perform city comparisons, the researchers assigned a mortality burden score to each city. The scores were calculated using an algorithm that took into account mortality rates, percentage of preventable annual premature deaths and years of life lost for each air pollutant.