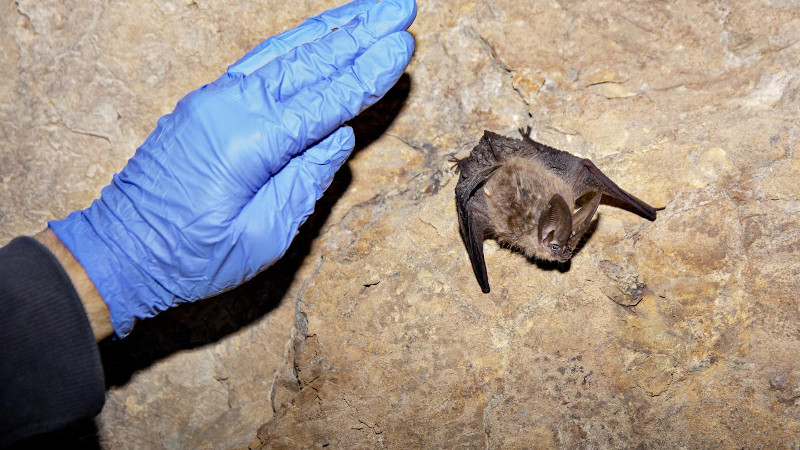 A four-year study recently published in Ecology and Evolution concludes that the fungal disease, white-nose syndrome, poses a severe threat to many western North American bats.

Since it was first detected in 2006, white-nose syndrome has killed millions of bats in eastern and central North America. The spread of the fungal pathogen that causes white-nose syndrome in hibernating bats has reached several western U.S. states, mostly likely through bat-to-bat spread, and is presently threatening western species.

Bats with white-nose syndrome have fungus growing on their nose and wings, as the name implies, but the fungal infection also triggers a higher frequency of arousals from hibernation. Each arousal involves an increase in body temperature from as low as near freezing (when bats use torpor) to an active mammalian body temperature (~98?F or 38?C), which uses a significant amount of energy. Bats have limited fat stored for the winter, and if this is used up before the end of winter, death by starvation occurs.

The researchers’ aim was to provide managers with information on which western bat species may suffer high mortality and extinction risk if infected with the disease. To do so they combined an unprecedented field data collection effort with a mechanistic model that explains how energy is consumed during hibernation and how the causal fungus impacts this energy consumption.

Three years of intensive fieldwork resulted in 946 bat captures (all released after measuring). Bat energetic measurements paired with hibernaculum environmental data were gathered for nine species that were sampled at eight sites scattered throughout the West.

The researchers then assessed how the arrival of white-nose syndrome might affect hibernation energy use, and subsequently each species’ ability to survive hibernation with the disease. Combining data on the host, the environment they select for hibernation, and how the pathogen grows at different temperature and humidity conditions the authors simulated how many days infected populations could hibernate under field conditions.

Dr. Catherine Haase, now Assistant Professor of Biology at Austin Peay State University and the study’s lead author said: “Our results indicate the need to take a holistic view on conservation, as it is not just one thing that determines survival from white-nose syndrome, but rather the combination of bat, environment, and disease variables.”

All of the western bat species studied were insectivores, meaning they prey on insects, including those that are pests to agricultural crops. In addition to providing valuable ecosystem services, they are incredibly fascinating species, from their ability to echolocate to their unique immune system.

Dr. Sarah Olson, Wildlife Conservation Society Health Program co-author and project Principle Investigator said: “This study demonstrates the value of collecting baseline data to pre-emptively understand a threat posed by a wildlife disease, like white-nose syndrome, to western bats, so that more proactive conservation measures can be taken to protect these species. Here, an all hands on deck approach is needed. Western states can take steps now to put protections in place before anticipated severe declines are observed, like reducing habitat loss and restricting access to hibernacula, as well as investing in research and surveillance.”