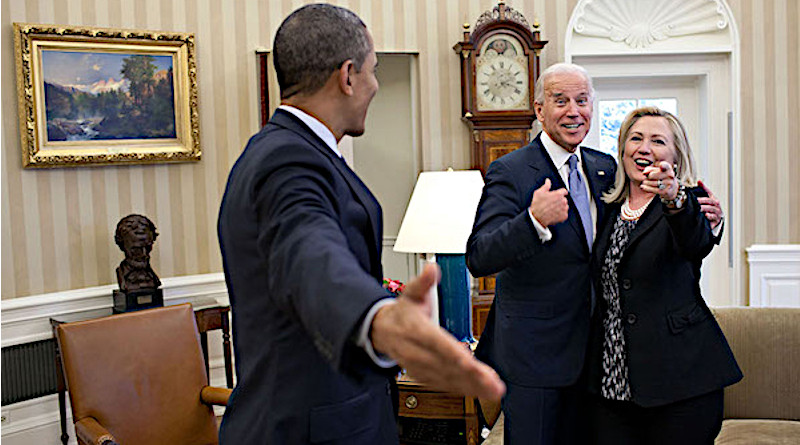 President-elect Joe Biden has chosen many of Obama’s leading advisers to run his security and foreign policy administrations. He has brought back men and women he trusts and who are primed to change Trump’s Middle East policy 180 degrees.

While Trump adopted a more transactional approach and handed the reins of the region to his novice son-in-law, Jared Kushner, Biden is relying on tried and tested diplomats, security experts, and scholars to steer the ship.

Trump was obsessed with punishing Iran on behalf of his allies Saudi Arabia and Israel, both of whom saw Iran as a military threat and were unhappy with the Joint Comprehensive Plan of Action (JCPOA) or the US-Iran nuclear deal. They were particularly perturbed for not being included in the backchannel negotiations between Washington and Tehran.

Biden has said he will rejoin the deal and has brought back William Burns and Jake Sullivan, the two men who led the secret negotiations in Oman—that paved the way for the 2015 deal but peeved America’s allies. Burns will be the new CIA director, while Sullivan will be the next national security adviser of the country.

These appointments are terrifying news for Trump’s closest friends in the region. Days before Trump leaves the White House, Israel is making the best use of its ties to him and has intensified attacks on what it sees as Iranian threats. Since the election results were announced in the US, an Iranian scientist has been assassinated with Israeli fingerprints all over it and Israel has bombed Iranian assets in Syria twice. Last week, 57 people were killed in Syria in an Israeli attack.

Saudi Arabia is even more worried. Trump preferred dealing with the strongmen of the region; Biden, however, has chastised the Saudi crown prince repeatedly. He has given credence to the US’s intelligence reports that said that Saudi dissident journalist Jamal Khashoggi was indeed murdered on the orders of Mohammad bin Salman (MbS) and has also been critical of the Saudi role in Yemen. He might stop selling weapons to Saudi Arabia and push the monarchy to improve its human rights record.

Antony Blinken, Biden’s Secretary of State, has already outlined a dramatic shift in America’s Middle East policy that will emphasise on human rights and diplomacy and present the US as a cohesive unit. He has disapproved of Trump’s leniency to MbS and condemned Trump’s acceptance of Egypt’s authoritarian President Abdel Fattah el-Sisi.

Blinken accused Trump of giving “a blank cheque,” to MbS to, “pursue a disastrous set of policies, including the war in Yemen, but also the murder of Jamal Khashoggi.”

However, Blinken has tried to reassure the Israelis that the Biden administration would prioritise Israel’s security above all else in the region. We will “never walk away from Israel’s security, even at times when he might disagree with some of its policies,” he has reportedly said.

But team Biden would also be mindful of Palestinian concerns. Yet another Obama era official that Biden has tapped into is expected to renew aid to Palestinians.

Samantha Power, America’s Ambassador to the United Nations under Obama, will head the U.S. Agency for International Development (USAID). Biden has elevated the position of USAID administrator to permanent membership on the National Security Council and by doing so brought development at par with diplomacy and defense in the hierarchy in the US’s foreign policy edifice.

“A world-renowned voice of conscience and moral clarity,” is how Biden described Power.

America’s relationship with Turkey, a NATO member and one of the most influential players in the Middle East, might also enter a rough phase. Biden has picked Brett McGurk as in charge of his Middle East policy at the National Security Council. He worked in the Bush, Obama, and Trump administrations and was nicknamed America’s “anti-ISIS czar” on his last assignment. McGurk was having a great run as the Special Presidential Envoy for the Global Coalition to Counter ISIL but he quit after Trump announced the withdrawal of American troops from Syria, which amounted to betraying the US’s Kurdish allies in favour of Turkey. Moreover, he accused Turkey of actively helping ISIS in the region.

Biden’s choices display how hard he is trying to mitigate the damage done by Trump’s single-minded deal-making approach in a chaotic and very complex region. A return to a more human-rights and diplomacy-based approach, Biden hopes, would win the US respect and the Arabs might see it as an honest arbiter once again.

But those who had a gala time during Trump are jilted to the hilt. Team Biden will have to work out how to keep them in the fold.

The Lawfare Podcast
The Lawfare Podcast features discussions with experts, policymakers, and opinion leaders at the nexus of national security, law, and policy. On issues from foreign policy, homeland security, intelligence, and cybersecurity to governance and law, we have doubled down on seriousness at a time when others are running away from it. Visit us at www.lawfareblog.com.
Emily Bell on Journalism in the Platform Era
by The Lawfare Institute

On this episode of Arbiters of Truth, the Lawfare Podcast’s miniseries on disinformation and misinformation, Evelyn Douek and Quinta Jurecic spoke with Emily Bell, the founding director of the Tow Center for Digital Journalism at Columbia Journalism School. Emily testified before Congress last week about the role of legacy media, and cable news in particular, in spreading disinformation, but she’s also one of the keenest observers of the online news ecosystem and knows a lot about it from her days as director of digital content for The Guardian. They talked about the relationship between online and offline media in spreading disinformation, the role different institutions need to play in fixing what’s broken and whether all the talk about “fighting misinformation” is a bit of a red herring.