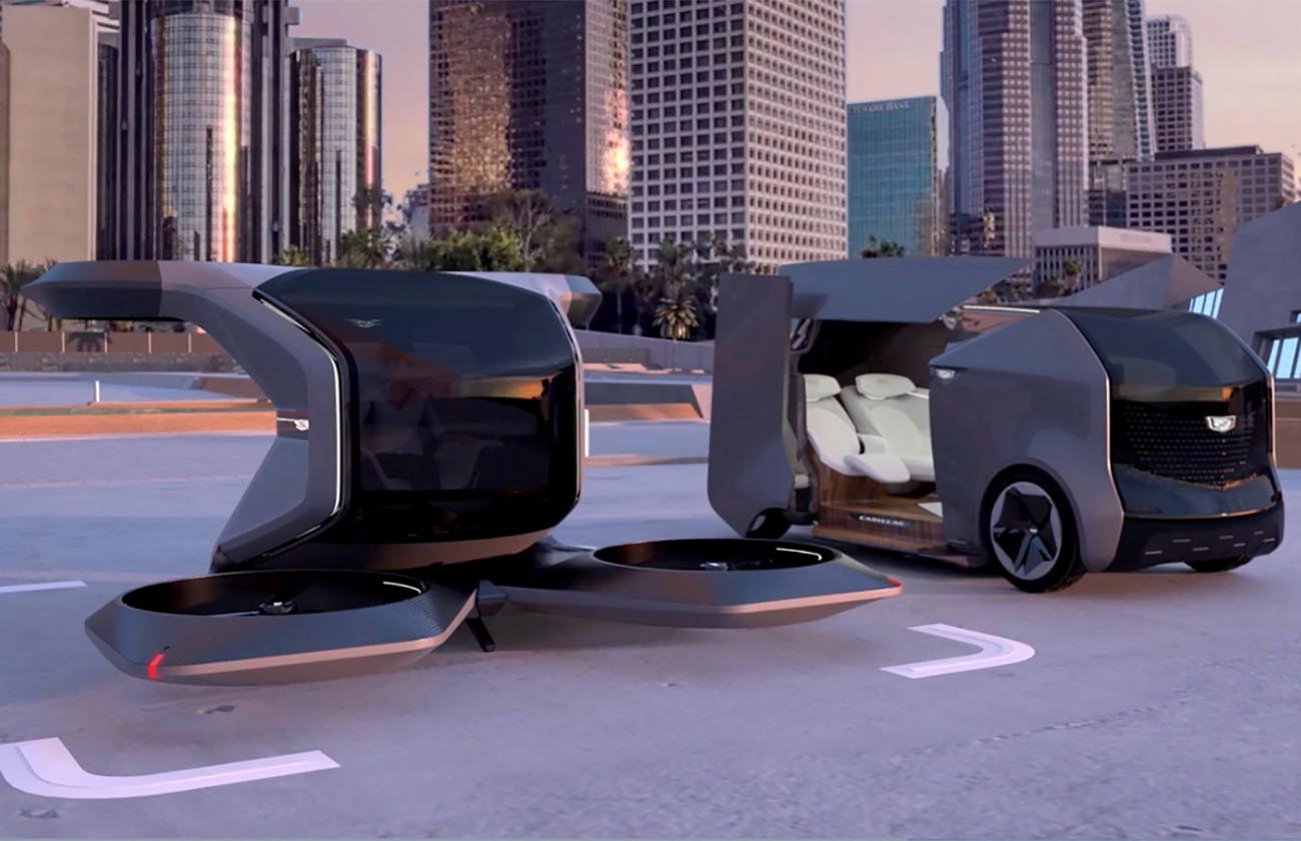 There are also all sorts of questions about safety, regulatory approval, and how to ensure the cars don’t ever crash into each other, or on to the street below. Nevertheless, it’s somewhat fascinating to know that something like this is on the horizon.

With self-driving car technology somewhat stalled out, society is probably quite a distance away from having access to flying cars. But at International CES this week, there was a peek at what one future might look like provided by the most old-school of companies, General Motors. And it wasn’t just a car—it was a Cadillac.

During General Motor’s keynote on the second day of CES, the company showed an animation depicting exactly what its flying Cadillac will look like, and how it will work. It’s essentially going to be an air taxi, in which users can enter the flying car on top of one building, and take it in the air to another one.

In the animation, the product looks sort of like a car and sort of like a drone. It’s described as an eVTOL, which stands for electric vertical take-off and landing.

General Motors describes the car, The Vertile, as its “first foray into aerial mobility.”

“We are preparing for a world where advances in electric and autonomous technology make personal air travel possible,” General Motor’s VP of Global Design, Michael Simcoe, said as part of the keynote.

“You’ve been at the office and now you need to get to a meeting across town. The Vertile meets you on the roof and drops you at the Vertiport closest to your destination. It uses a 90 kWh (battery powering an) EV motor to power four rotors as well as air-to-air and air-to-ground communications. As a passenger, it represents personal space and a panoramic view of the world passing beneath you. It is a glimpse of what autonomy and Cadillac luxury might look like in the not-too-distant future.”

A similar two-seater, Simcoe said, is also in the works.

There are, needless to say, many unanswered questions about how the flying car would work, starting with how soon it will be available (likely, not for a while), and how much it will cost to use (probably quite a lot.) And while GM is introducing this first, it’s unclear what form the competition will take, and whether this sector will be dominated by car companies, tech companies, or someone else.

There are also all sorts of questions about safety, regulatory approval, and how to ensure the cars don’t ever crash into each other, or on to the street below.

Nevertheless, it’s somewhat fascinating to know that something like this is on the horizon.