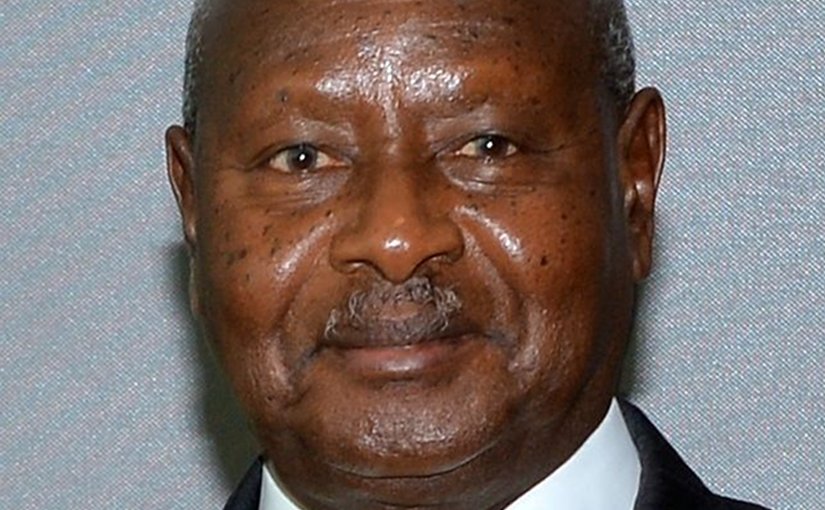 While corruption trials continue for Algerian officials ousted in nation’s ‘Arab Spring’ 2010-2012, on the eve of elections, social media leader Facebook has barred Ugandan President Museveni, and the Nigerian Nobel Laureate has decried the rise of armed groups as a threat to sovereignty.

Responding to the recent rise in student kidnappings and massacres, Wole Soyinka said in an interview, Nigeria’s sovereignty has been taken over by armed groups. He asked President Muhammadu Buhari to do more to stop terrorists, bandits and other criminal elements.

Two former prime ministers are back in the dock, appealing charges of corruption that marked the regime of former Algerian president Abdelaziz Bouteflika.

According to the Algeria Press Service, the two were convicted of covertly financing Bouteflika’s final re-election bid but their sentences were annulled by the country’s supreme court. Ouyahia was re-sentenced on January 4 to seven years in jail for his role in a corrupt tourist project.

A flurry of corruption trials and convictions marked the closing of the Bouteflika era (27 April 1999–2 April 2019), satisfying some of the demands of a mass movement known as “Hirak” along the lines of the Arab Spring.

Over a dozen government officials were charged and sent to jail along with business associates of the president including four members of the prominent Kouninefa family. In that case, four family members received long jail sentences – from 12 to 20 years – for illegal profiteering and breach of contract by which they amassed enormous wealth. Their assets were ordered seized.

Ouyahia last served as prime minister between 2017-2019 during which time he famously told Algerians contesting his tough economic measures that “people do not need to eat yoghurt”. His economic and social policies left thousands of Algerians jobless as hundreds of public firms were dismantled, taxes rose and pensions fell. His policies earned him the name “Mr. Dirty Work” among Algerian critics.

Ouyahia was tried in several other cases relating to corruption and was sentenced to 15 years’ imprisonment in another case.

Most Algerians blame corruption and ineptitude for their economic difficulties in an oil and gas-rich country. They want former senior officials and businessmen who illegally profited from the previous regime to be held accountable.

Algerian authorities hope the continuing trials will convince the public they are serious about fighting corruption and reforming themselves. “Only the people can judge whether we have the will to combat corruption,” said Justice Minister Belkacem Zeghmati, adding the alleged corruption  “goes beyond all comprehension.”

Meanwhile, the daughter of ex-President Bouteflika, charged with corruption, has been sentenced to 12 years in prison and the confiscation of her real estate.

Said Bouteflika, the powerful brother of Algeria’s deposed president, was cleared of charges of conspiracy for which he was serving a 15-year jail sentence.

And this week, a supporter of Algeria’s Hirak protest movement was sentenced to three years in jail for satirical social media posts mocking the government and religion, sparking condemnation from rights groups.

On the eve of a national election, President Yoweri Museveni Uganda has been cut off from social media over a stream of unsupported allegations levelled at his opponent.

After 35 years in power, the 76-year-old President appears to be on shaky ground as he seeks a sixth term in office. His opponent, the popular singer in a red beret, Robert Kyagulanyi Ssentamu, 38, known by his stage name Bobi Wine, appears to have captured the hearts of a new generation by protesting corruption and youth unemployment.

In a statement e-mailed to AP, Facebook said it removed a network of accounts and pages that “used fake and duplicate accounts to manage pages, comment on other people’s content, impersonate users, re-share posts in groups to make them appear more popular than they were. Given the impending election in Uganda, we moved quickly to investigate and take down this network.”

“They should “unfreeze” accounts they froze yesterday & today,” Don Wanyama tweeted on January 10. He ordered the Uganda Communications Commission to act “to ensure a fair digital playfield.”

“Shame on the foreign forces that think they can aid and plant a puppet leadership on Uganda by disabling online accounts of NRM supporters,” he said. “If people wanted to have evidence of outside interference, now they have it.”

Ashburg Kato, a famous blogger for the ruling party, was also cut off by the social media site. He claimed without evidence that presidential candidate Bobi Wine and his aides were behind the shutdown.

Museveni called Wine “an agent of foreign interests” who promotes homosexuality. “I think they even send him support,” he claimed.

In the past few weeks, several of Wine’s associates have been killed or arrested. Wine has been banned from campaigning, detained and beaten on multiple occasions, supposedly because rallies breach Covid-19 restrictions. Recently, Johnson Byabashaija, Uganda’s commissioner of prisons, said that there was plenty of room in prison for an expected spike in arrests during election week.

In November, at least 54 people were shot dead by security forces after Wine’s supporters publicly protested his arrest. Museveni blamed the opposition for the killings, including those of passers-by.

Ugandan polls are often marred by allegations of rigging. The country has never seen a peaceful transfer of power since independence from Britain in 1962.

Nigeria’s sovereignty has been taken over by armed groups, says Nobel Prize author Wole Soyinka, responding to the recent rise in student kidnappings and massacres, adding that President Muhammadu Buhari must do more to stop terrorists, bandits and other criminal elements.

“Insecurity is a national, collective issue. Don’t just sit there and think that you can solve it from Aso Rock (the presidential state house), no,” said the prize-winning author. “This now concerns even the common citizen who has become a prime target. So it’s a collective issue.”

Kidnapping for ransom and attacks by armed herdsmen has become commonplace in many parts of Nigeria.

Mr Soyinka, in an interview on Arise Television, disputed the practice of making payments to armed groups.

He declared support for the call by the Borno State governor and others for the government to hire foreign mercenaries to help fight Boko Haram.  “Please go ahead because we’ve reached that stage of desperation,” he said.