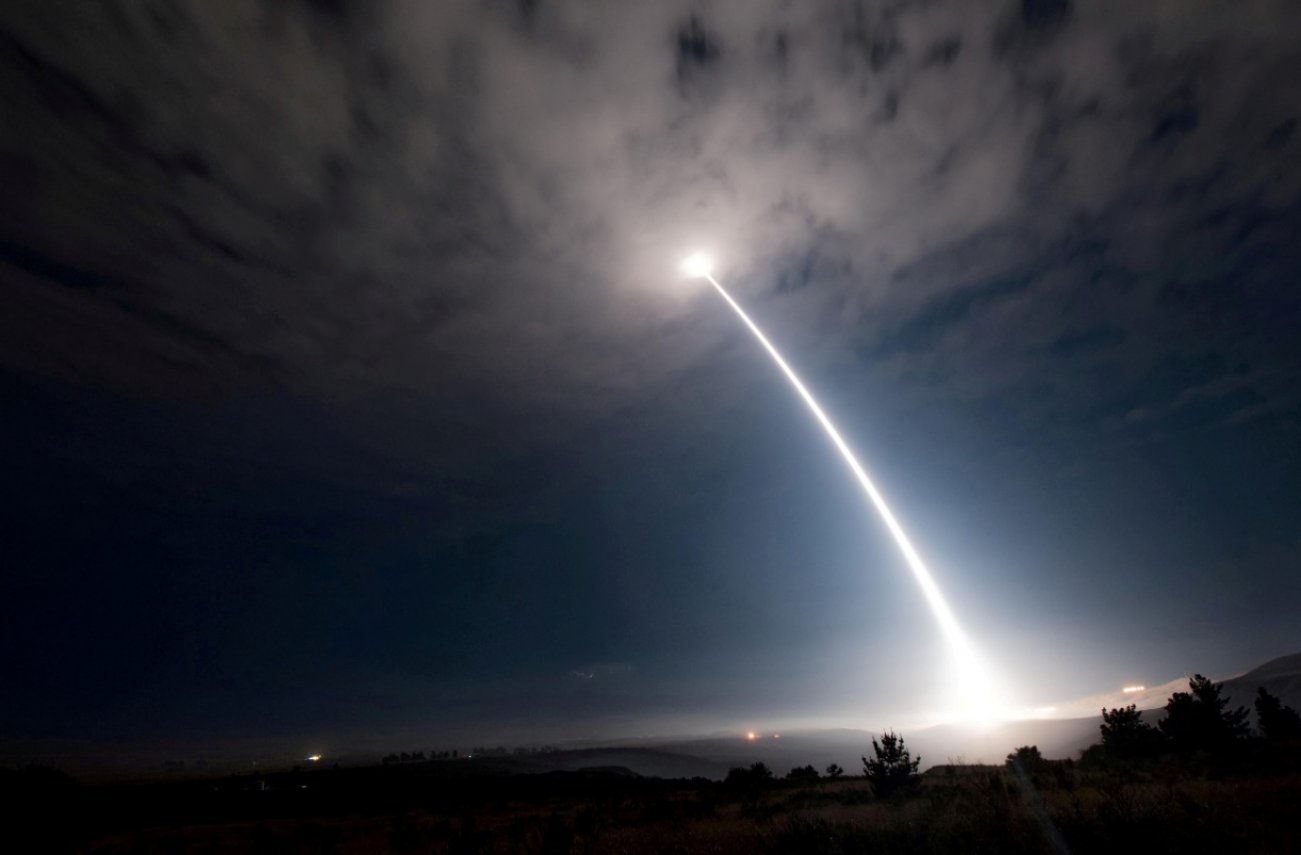 Although the arms control community is focused on the opportunity to cut the nuclear deterrent, the President has a responsibility to listen, as well, to the expert advice of his uniformed military advisors who must plan for, operate, and deploy nuclear and conventional forces.

President-elect Joe Biden recently indicated that he would review the nation’s nuclear deterrence strategy and weapons modernization program, focusing on reducing their role in national strategy. The review will also look to reduce funding for nuclear modernization. Depending on the administration’s actions, there is a real risk of compromising the credibility of American deterrence when both China and Russia see the United States as a weakened great power.

Although the arms control community is focused on the opportunity to cut the nuclear deterrent, the President has a responsibility to listen, as well, to the expert advice of his uniformed military advisors who must plan for, operate, and deploy nuclear and conventional forces.

Undoubtedly, pressure exists within the Democratic party to do anything that seems anti-Trump. Tossing out the Trump administration’s nuclear modernization program would certainly fit that bill, but the Trump plan mostly followed the Obama script in calling for preserving all three legs of the strategic nuclear triad.

Trump’s Nuclear Posture Review added a nuclear-armed sea-launched cruise missile, but experts suspected that this was a bargaining chip for future negotiations with Russia. The Obama and Trump administrations also favored replacing aging launch systems with new generations of SLBMs and heavy bombers. Some within the Obama administration favored replacing the 1970s-era Minuteman III intercontinental ballistic missile (ICBM), and others preferred upgrading the existing platforms.

In our judgment, until the future prospects for nuclear arms control are clearer, the prudent course for the Biden administration would be to maintain all three legs of the strategic nuclear triad and to replace aging systems with modern technology. There is broad support in Congress for this approach.

Arms control advocates contend that the US can save money and contribute to arms control by downsizing its strategic nuclear triad to a “dyad” of submarine-launched ballistic missiles and bombers. Opponents of ICBM modernization argue that strategic land-based missiles are especially destabilizing because they are vulnerable to first strikes and create unnecessary pressure for a preemptive launch during a crisis. This assertion is untrue and inconsistent with what we know about how the United States operates its ICBM force.

While deriding ICBMs as a Cold War relic, critics never address the fact that America’s adversaries (China and Russia) are focused on the modernization of their own ICBM forces. If ICBMs are relics of a bygone era, why are the Chinese and Russians spending the bulk of their modernization effort on them?

The opponents of ICBM modernization fail to appreciate that the synergy of the American nuclear triad is the key to its survivability and resilience. Each leg contributes to an important set of attributes. In short, ICBMs are responsive. Submarine-launched ballistic missiles are survivable—so long as quantum computing does not eliminate the opacity of oceans. Bombers give an adversary time to contemplate nuclear destruction, encouraging better choices, and support crisis management. Each of these attributes is critical to deterrence stability.

As to the alleged vulnerability of land-based missiles, those very “vulnerabilities” are part of the deterrence calculous that any adversary must account for when considering how aggressive they should act toward the United States. The next generation of ICBMs need not necessarily be based only in silos. Some, or all, might be deployed in mobile platforms on roads or trains, thus increasing their survivability and our ability to wait.

Past efforts to explore these options for ICBMs were faced with opposition in US domestic politics on the grounds of cost and conservation.  On the other hand, if mobility is infeasible, silo-based ICBMs might be better protected by companion small radars and ballistic missile defenses. Reducing an adversary’s probability of killing an American ICBM, even by a small amount, greatly increases the number of weapons required to strike the United States—making the decision even tougher.

Old debates about nuclear weapons are fast proving antiquated as China is adding an unprecedented threat into the bilateral face-off that was once the purview of Russia and the United States. Hypersonic weapons, quantum computing, robotics, and other technological developments are also dramatically changing the debate. The entire choreography of US nuclear modernization and arms control planning will have to change to address these challenges.

The canonical nuclear first strike scenario of the Cold War is outdated by advances in military technology and new thinking about strategy. New strike systems, including hypersonic conventional and nuclear weapons, will challenge existing assumptions about stability. Space also looms large as the new “high ground” not only for information warfare but also for kinetic attack.  Future defense planners must assume that a “nuclear first strike” will be preceded by knockout blows against early warning and command and control systems, including those based in space and terrestrial.

Thus, efforts to kill a leg of the triad appear premature and mistaken. The United States needs every tool in its kit for an uncertain future.

Given the uncertainty we face, there are useful steps the Biden administration can take to support the furtherance of peace.

The New START treaty with Russia is set to expire in February 2021. Coordinating treaty-consistent limits on numbers of deployed and other nuclear weapons might lead to reduced expenditures for nuclear modernization, but only if the administration can get the Russians on board.

Extension of the New START agreement should not be controversial. Both countries can modernize their nuclear arsenals, replacing aging systems with new and more reliable systems—all without increasing the number of deployed and nondeployed launchers and weapons. During the notional five-year extension of New START, the door is open for a more extensive agreement to limit strategic nuclear weapons and nuclear weapons of shorter ranges.

If President Biden is successful in seeing New START renewed, Moscow and Washington could also discuss measures to improve transparency in bilateral military-to-military forums, including de-escalation protocols for avoiding inadvertent clashes between American and Russian forces and their proxies. The United States and Russia could also address the consequences of the expiration of the INF Treaty for strategic stability.

An arms race in conventional weapons of intermediate range (500-5,500km) in either Europe or Asia could raise the likelihood of a large scale conventional war with the potential for nuclear escalation. Working to reduce those prospects is well worth the effort and would serve the prospects of peace far more successfully than eliminating ICBMs.

The United States is facing an unprecedented challenge on two fronts (Russia and China). This challenge is far more dangerous than the Soviet menace of the twentieth century. Reducing the nation’s nuclear arsenal’s size and capability will not signal China and Russia that we mean no harm. It will signal weakness and weakness is provocative.

American resolve should never be a point of contention. Both China and Russia possess national cultures that respect strength. Thus, eliminating the American ICBM force will have the exact opposite effect as suggested by detractors. They are well worth the security and stability they provide.

This article was first published by Real Clear Defense.