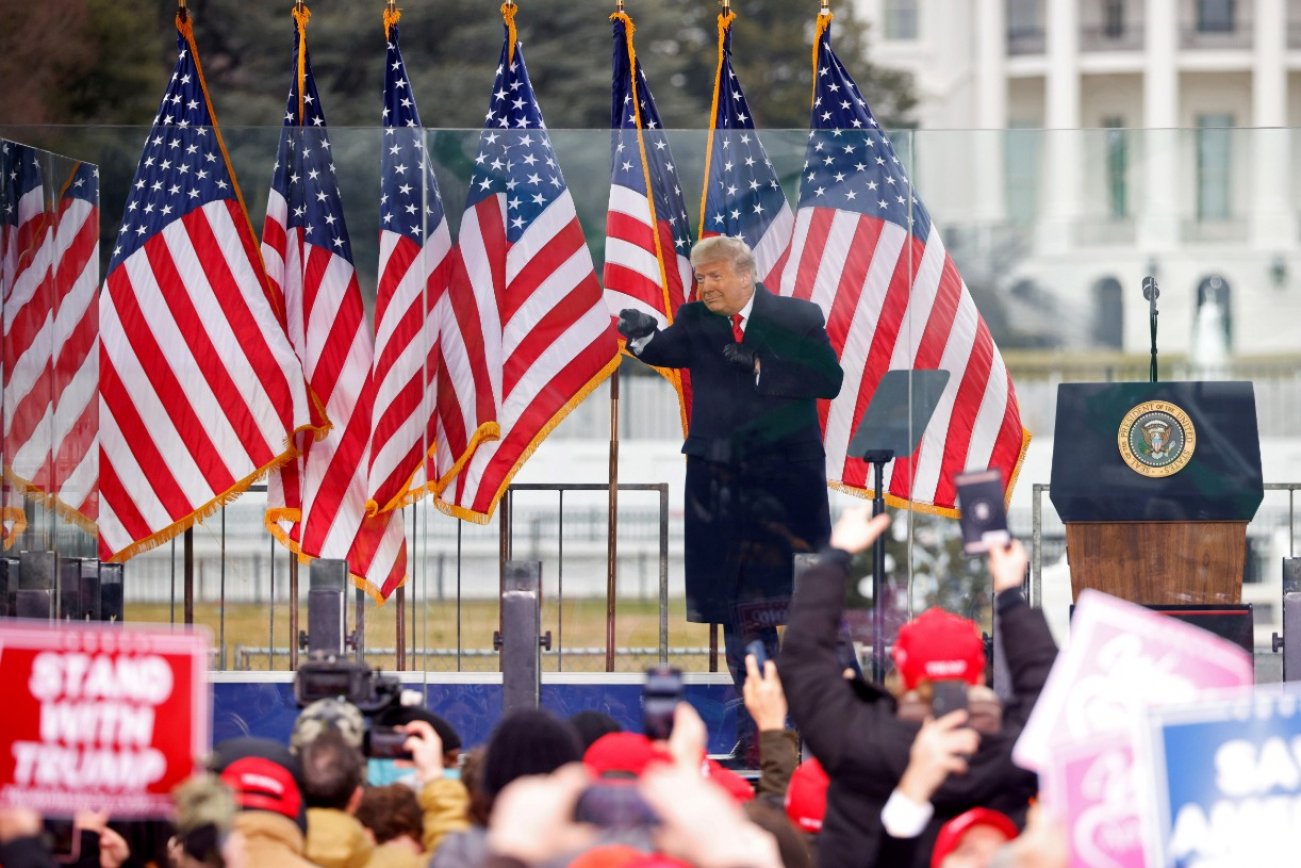 Investigations into the close outcome of the election would have been a legitimate inquiry, had it not been for Trump’s imflammatory actions and misinformation.

Because the election was close, fair‐​minded persons acknowledge that President Trump had every legal right to investigate possible irregularities. If he uncovered significant fraud, he would and should have taken appropriate steps to challenge the outcome. But the President and his surrogates opted instead to fabricate claims that he had already won the election, the process was totally corrupt, and Americans could not trust the results. Therefore, the Trumpists insisted, millions of voters should be disenfranchised by replacing their chosen electors with alternative slates to be designated by state legislatures or Congress.

Numerous elections have been contested, and final tallies are sometimes delayed pending investigations of misconduct. Accordingly, there would have been no defensible outcry if the President had said: “We have received a number of reports concerning questionable voting practices. We plan to scrutinize those reports and seek appropriate redress if justified. But if the reports are not verifiable, we will accept the outcome, congratulate our new president‐​elect, facilitate a smooth transition, and continue governing the nation to the best of our ability until January 20.”

Sadly, Trump preferred inflammatory disinformation and outright lies – undermining what might otherwise have been a legitimate inquiry. In the process, he dangerously eroded voters’ confidence in our electoral system and its republican foundations. In desperation, he put his personal interests above those of the nation – ironically but predictably lubricating a Democratic takeover of the Senate.

It’s a shame that Trump couldn’t bring himself to deliver a healing concession speech. He had much for which he could take credit – fewer regulations, lower taxes, a booming pre‐​Covid economy, good judges, and selective progress abroad. Indeed, he deserves kudos for out‐​performing the pundits’ 2020 expectations – holding some Senate seats, gaining representation in the House, and capturing statehouses and state legislatures. But rather than conciliation, President Trump decided to incite his more radical supporters, some of whom committed contemptible, pernicious, and violent acts.

Even prior to the appalling episode at the Capitol, Trump’s recorded phone call to Georgia secretary of state Brad Raffensperger arguably violated both federal and state laws. The Georgia statute implicates any person who “solicits, requests, commands, importunes, or otherwise attempts to cause” another person to commit election fraud. The federal law applies to anyone who “knowingly and willfully” facilitates the “procurement, casting, or tabulation of ballots that are known by the person to be materially false, fictitious, or fraudulent.”

During their hour‐​long call, Trump threatened Raffensperger and instructed him to “find” votes. The President’s defense would likely be that his solicitation to commit fraud wasn’t knowing and willful; he intended only to rectify election returns that were fatally defective. That defense is without merit. Even if the votes in Georgia were inherently flawed, the remedy for fraud is not an inducement to more fraud. Such an inducement cannot be excused by alleging voting infractions.

In short, President Trump’s conduct has been unacceptable. To be sure, the nation needs time to heal. So, the decision – urged by some observers – to impeach the President a second time, or remove him from office by invoking the 25th Amendment, may well hinge on prudential rather than legal assessments. Still, at a minimum, a congressional censure – joined in particular by Trump’s Republican enablers – would be both welcome and warranted.

This article was first published by the CATO Institute.