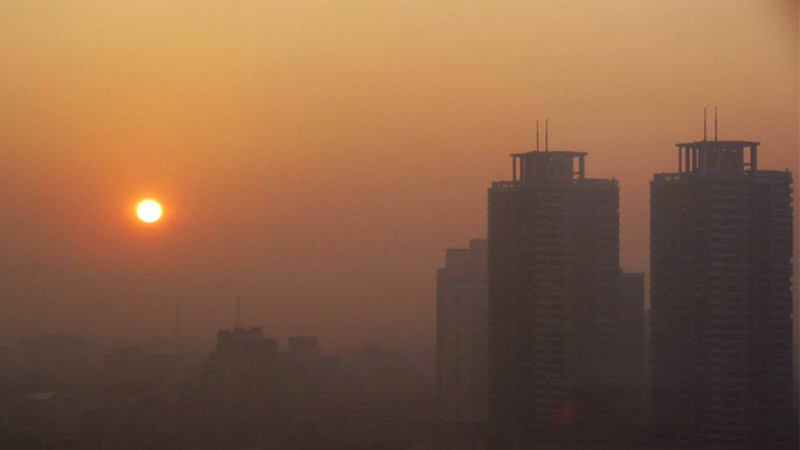 On Sunday, January 3, 2021, for the fifth consecutive day, the air quality in Tehran was reported to be very unhealthy. The regime’s meteorological organization also announced severe air pollution in seven major cities, including Tehran, Tabriz, Mashhad, Isfahan, Arak, Qom, and Karaj, until next Thursday.

The air pollution index in some parts of Tehran on Saturday, January 2exceeded 200, which means very unhealthy, in other areas it reached more than 186, and the Tehran Health Emergency Department is on high alert all days of next week.

Alireza Raessi, Deputy Minister of Health said, “33,000 people die annually in the country due to air pollution.” In the span of the past 10 months, since spring 2020, only 15 days of clean air have been recorded in Tehran.  This is even though  the coronavirus epidemic has caused a significant reduction in traffic in Tehran, with the closure of schools and universities.

Alireza Zali, head of the Coronavirus task force in Tehran said, ” Air pollution damages parts of the respiratory system and this condition makes a person weaker against coronavirus.”

What is the cause of air pollution?

On December 31, 2020, Abbas Shahsavani, head of the Air Health and Climate Change Division of the Ministry of Health said, ” The use of Mazut in power plants have caused excessive pollution in the weather conditions of Tehran and other metropolises.”.

Massoud Tajrishi, deputy director of the Environmental Protection Agency, on Saturday, January 2 said, “There is no will to eliminate air pollution in Tehran. “In addition to power plants, in recent days some foundry units in Tehran have also used Mazut.”

The Mazut produced by Iranian refineries is very polluting because it has a high sulfur content.

The Environmental Protection Agency also stated that the use of Mazut in power plants is the main cause of air pollution in Tehran.

The massive gray clouds of air pollution have become a terrifying concern for people. Now the question is:

Why has Mazut replaced natural gas?

The government has ordered the use of Mazut by Iran’s power plants and industries and has cut off natural gas in order to generate revenue from the sale of natural gas.

To address the government’s budget deficit, Rouhani has ordered gas exports to the neighboring countries, including Iraq and Pakistan, as an important source of funding for Iran. He has no regard for the health of Iranians and he exports natural gas to Iraq and finances his government from Iranians’ pockets. The government has ordered the use of Mazut and diesel fuel instead of natural gas for power plants as well as foundry plants and has closed the natural gas valves on them.

The Iranian National Gas Company announced that 80% of Iran’s power plants now use Mazut and diesel fuel instead of natural gas. This has greatly increased air pollution in cities

A spokesman for the Iraqi Ministry of Electricity on Tuesday, December 29, 2020 said that Iran has agreed to resume normal gas exports to Iraq on Wednesday in exchange for receiving a portion($ 700,000) of its $ 6 billion funds from the Iraqi government.

The mullahs’ regime needs to use this Mazut because of reaching its refinery capacity. Power plants are the priority for consumption of Mazut and its use has greatly increased the cities’ pollution.

Alireza Zali, head of the coronavirus task force in Tehran on January 2 said,  “In temperature Inversion and Air Pollution Conditions, the coronavirus is more persistent in the air, and air pollution damages part of the respiratory system, making it more vulnerable to coronavirus. People with asthma will have a worse condition if they contract coronavirus.”

With a government that does not care for the health of its citizens, it is only natural that underground gas resources are used just to finance the state’s corruption. Such an approach is reflected in the words of citizens who write on social media: “We are all dying silently in this smoky and suffocating city. We have been suffocating for years under this gray umbrella of the sky.”