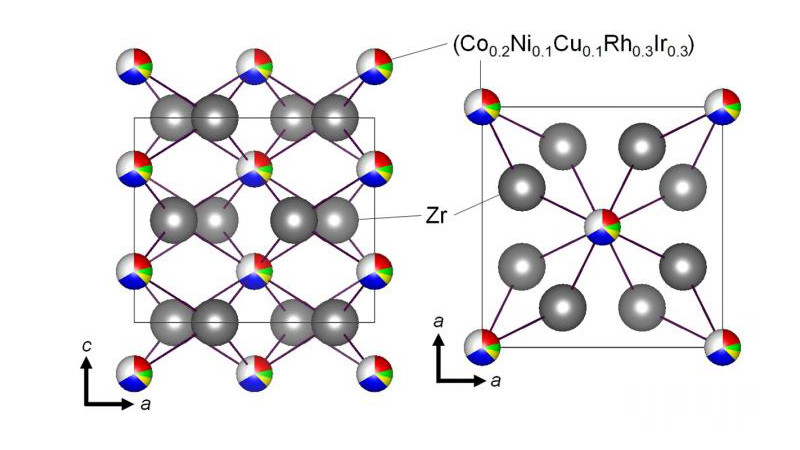 It’s been over a hundred years since the discovery of superconductivity, where certain materials were found to suddenly show minimal resistance to electrical currents below a transition temperature. As we explore ways to eliminate power waste, a way to dramatically reduce losses in power transmission is a fascinating prospect. But the widespread use of superconductivity is held back by the demands of existing superconductors, particularly the low temperatures required. Scientists need a way to discover new superconducting materials without brute-force trial and error, and tune key properties.

A team led by Associate Professor Yoshikazu Mizuguchi at Tokyo Metropolitan University have been pioneering a “discovery platform” that has already led to the design of many new superconducting substances. Their method is based on high entropy alloys (HEAs), where certain sites in simple crystal structures can be occupied by five or more elements. After being applied to heat resistant materials and medical devices, certain HEAs were found to have superconducting properties with some exceptional characteristics, particularly a retention of zero resistivity under extreme pressures. The team surveys material databases and cutting-edge research and finds a range of superconducting materials with a common crystal structure but different elements on specific sites. They then mix and engineer a structure that contains many of those elements; throughout the crystal, those “HEA sites” are occupied by one of the elements mixed (see Figure 1). They have already succeeded in creating high entropy variants of layered bismuth-sulfide superconductors and telluride compounds with a sodium chloride crystal structure.

In their latest work, they focused on the copper aluminide (CuAl2) structure. Compounds combining a transition metal element (Tr) and zirconium (Zr) into TrZr2 with this structure are known to be superconducting, where Tr could be Sc, Fe, Co, Ni, Cu, Ga, Rh, Pd, Ta, or Ir. The team combined a “cocktail” of these elements using arc melting to create a new HEA-type compound, Co0.2Ni0.1Cu0.1Rh0.3Ir0.3Zr2, which showed superconducting properties. They looked at both resistivity and electronic specific heat, the amount of energy used by the electrons in the material to raise the temperature, and identified a transition temperature of 8.0K. Not only is this relatively high for an HEA-type superconductor, they confirmed that the material had the hallmarks of “bulk” superconductivity.

The most exciting aspect of this is the vast range of other transition metals and ratios that can be tried and tuned to aim for higher transition temperatures and other desirable properties, all without changing the underlying crystal structure. The team hopes their success will lead to more discoveries of new HEA-type superconductors in the near future.