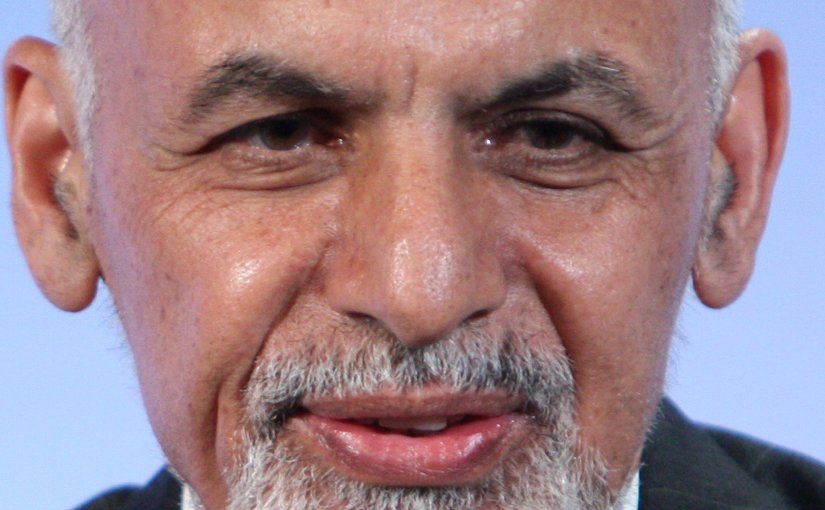 The Taliban warned Saturday that Afghan President Ashraf Ghani’s resolve to remain in office until the completion of his tenure was detrimental to peace talks aimed at finding a negotiated end to four decades of war in Afghanistan.

The insurgent group’s warning came on a day when its leaders held fresh discussions in Qatar with representatives of the Ghani government on developing “a joint agenda” for what are officially known as intra-Afghan negotiations.

The talks between the two Afghan warring sides have led to media speculation that Ghani might have to relinquish power to allow for an interim government to oversee the peace process.

But the Afghan president in an apparent rebuttal repeatedly vowed this week that he was legally bound to transfer power to his “elected successor.”

“This [presidency] is not mine. This seat belongs to the nation of Afghanistan. This system has dignity. You all voted for me,” Ghani told a public gathering in eastern Nangarhar province Wednesday.

“My basic goal is to be able to hand power, through the will of the people, to my elected successor,” he told CNN in an interview broadcast Friday.

‘Nothing but poverty, misery’

The Taliban in their commentary said Ghani’s insistence on clinging to power could obstruct the way to a “negotiated and peaceful solution” to the long Afghan war.

“Ashraf Ghani’s rule has brought nothing but poverty, misery, bloodshed, notoriety and problems to Afghanistan,” the insurgent group said.

For its part, the Afghan government condemns the Taliban for intensifying insurgent activities and killing thousands of civilians and security forces across the country. The United Nations again held the insurgents responsible for causing most civilian causalities in 2020.

The intra-Afghan peace negotiations started in September. The process stemmed from a deal U.S. President Donald Trump’s administration signed with the Taliban in February 2020 to encourage a political settlement to the war and bring American forces home.

The U.S.-Taliban agreement requires all U.S. and NATO-led troops to leave Afghanistan by May 2021. In return, the insurgent group has pledged to sever ties with the al-Qaida terror network and prevent other transnational terrorist groups from using Afghan soil as a sanctuary.

The Taliban have also promised to negotiate a political power-sharing deal with rival Afghan groups in order to end the conflict.

‘Peace of the graveyard’

“One thing needs to be clear: Afghan society is not willing to go back, and we are not a type of society that the Taliban-type approach of the past can be imposed on us. That was the peace of the graveyard,” Ghani said in his CNN interview.

The Afghan president referred to the Taliban’s harsh Islamic rule in most of Afghanistan from 1996 to 2001, barring girls from seeking education and women from working outdoors, among other controversial restrictions.

The Taliban were ousted from power in late 2001 when a U.S.-led international military alliance invaded the country to punish the Islamist group for harboring al-Qaida leaders accused of plotting the deadly September 2001 attacks on the United States.

The Taliban, however, have since waged a deadly insurgency, taking control of or extending their influence on nearly half of Afghanistan territory. The insurgents justify their violent campaign by arguing the existing governance system in Kabul is illegitimate and a product of “U.S. occupation” of the country.

However, the U.S.-Taliban deal has ended attacks on international troops in Afghanistan. The number of U.S. soldiers in the country is expected to drop to around 2,500 by mid-January from more than 12,000 at the time of the signing of the pact.

During his election campaign, President-elect Joe Biden spoke in favor of a U.S. military drawdown in Afghanistan but stressed the need for maintaining a small counterterrorism force.

The Taliban have said presence of even a single foreign soldier on Afghan soil beyond the agreed- upon deadline would mean continuation of the war.