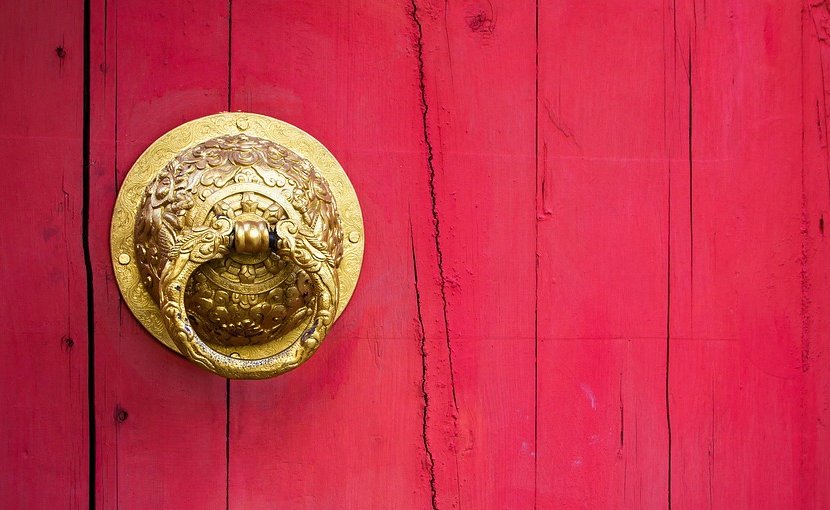 There was an understandably celebratory tone in Xi Jinping’s New Year address. “Only by polishing can a piece of jade be finer,” he declared, alluding to the experience of the difficult year gone by when China had faced and overcome COVID-19. Besides the pandemic, Beijing had to contend with an increasingly hostile US and a sharp decline in its economy. Xi went on to praise the “confident, resilient” people of China that he met in his 13 provincial tours through the year. Military images of marching medical workers, or people “assaulting the fortress” of entrenched rural poverty were scattered through the remarks.

The year 2021 is an important benchmark for the Communist Party of China (CPC), being the centenary of its founding. This coincided with the year of the completion of its 13th Five Year Plan, among whose key targets was the elimination of absolute poverty in China and the creation of a “moderately well-off society.” In 2019, China’s per capita income exceeded US$10,000, putting it ahead of Malaysia, Russia, Mexico and Serbia. Note that the World Bank definition of a high-income country is one with a per capita Gross National Income of US$12,500.

The next centenary, that of the founding of the People’s Republic is in 2049, and its goals are even more ambitious, which is to make China into a “strong, democratic, civilised, harmonious, and modern socialist country.” However, there have been challenges — marketisation of the economy hasn’t moved as fast as expected, and reform of state-owned enterprises remains a problem. But, it did meet its most important goal of moving China out of absolute poverty and Beijing has spent a great deal of money to meet this target. A Xinhua commentary on Xi’s speech said that the Chinese system boasted of “an institutional advantage of working under a nationwide framework with concentrated efforts and resources pooled for major projects.” This triumphalism has been burnished by China’s ability to combat the virus and bring its economy back on the rails by the middle of 2020.

More than that, despite the strong headwinds from the US, Beijing has pulled off a trade and investment deal with the largest economy in the world, the European Union (EU), at the end of last year. This comes hard on the heels of the signing of the RCEP trade deal in November 2019. There are indications, too, that contrary to the belief that the Belt and Road Initiative is gone and done with, China has succeeded in rebalancing it.

Through the deal with the EU, China has committed to an “unprecedented level of market access for EU investors” and agreed to provide a predictable and level playing field. The deal still needs the ratification of the EU Parliament, where important segments are likely to oppose it, but with Germany and France giving it a solid backing, there is little chance that it will be derailed. The very fact that the deal came through is, without doubt, a strategic coup for Beijing. It reveals a divide between the thinking of the US and Europe on China, with the Europeans still believing that — with China — economic and strategic interests can be separated. And of course, it also reveals a certain naïveté in valuing Chinese promises. To an extent, of course, the outgoing Trump administration must blame itself for the divide, considering the disdain with which it has handled the EU.

The economic vibrancy will affect Beijing’s relations with the incoming administration of President-elect Joe Biden in Washington, which will be focusing on normalising the American economy at the earliest. This has been manifested in the curious drama where the New York Stock Exchange first delisted three Chinese companies, then refused to do so, and a day later reversed course and agreed to go ahead with the delisting. This is a manifestation of fears that a tit-for-tat battle would deny access to US companies to the Chinese economy. As part of the reform of the financial sector, China had enhanced the scope of American banks and financial institutions to operate in China in 2020. Concern over being frozen out of the Chinese market motivated Ericsson CEO, Borje Ekholm, to lobby to reverse a Swedish ban on Huawei and ZTE. Ericsson may be a rival of Huawei’s, but it also derives 10 percent of its sales from China.

But failure continues to haunt China in one major area. This has been its goal to be accepted as a global leader on the international stage and polish its image through the use of soft power. The murky circumstances over the early handling of the COVID-19 pandemic have sullied Beijing’s image. As for soft power, in country after country, “wolf warrior” tactics have damaged rather than buffed its name. Of course, there is a flipside to this in that assertiveness — whether in the South China Sea, the crackdown in Hong Kong, or the military push in eastern Ladakh — has played well with the domestic audience.

The Chinese have yet to learn the right lessons from the fallout due to their early handling of the pandemic. This is evident from the denial of visas to the World Health Organisation (WHO) team which is studying the origins of the COVID virus. Not surprisingly, China is doubling down on its COVID narrative — that the pandemic originated overseas and entered China through frozen food, or athletes who participated in the World Military Games in Wuhan in October 2019. In an interview to Xinhua on assessing 2020, Foreign Minister Wang Yi said on 2 January: “More and more research suggests that the pandemic was likely to have been caused by separate outbreaks in multiple places in the world.”

Meanwhile, even if the WHO team gets the visas, it is unlikely that they will get access to the labs and samples they may want to look at to investigate the pandemic. According to the Associated Press, the Chinese government is strictly controlling all research into its origins and actively promoting the “foreign origin” theory. Scientists have been given huge grants to research the virus origins, but any research that emerges must be approved by a new task force managed by China’s Cabinet “under direct orders of President Xi Jinping.”

This is hardly the behaviour of a country that wants to get to the bottom of the issues relating to COVID-19. While it is true that the Trump administration hawks are not above manufacturing evidence to blame China, but by barracking the efforts of the WHO to freely investigate, Beijing is ensuring that scientists remain ignorant of the origins of a virus which is still ravaging large parts of the world. This is not good for the image that China is seeking to project as a responsible international actor.

While COVID-19 will continue to haunt the world and China, Beijing intends to press on with other goals in 2021. China hopes to move ahead with reforms such as setting up an IP court, a specialised financial court, as well new free trade zones in Hainan and Shenzhen to attract foreign investors. In the area of space, the country plans 40 plus missions with the topmost priority being given to the Chinese space station. Military industrial plans too will continue to roll out. The keel laying for the fourth aircraft carrier which is to be equipped with electromagnetic catapult launchers, with the launch of a new type of frigate with electrical propulsion along with reports talking of a new generation fighter jet are some of the projects on the horizon for China.

2021 will be the year in which the 14th Five Year Plan begins and there are a succession of key targets that China hopes to meet. By 2025, the terminal year of the Five Year Plan, as well as that of the Made-in-China 2025 plan, Beijing hopes to put its economy on the path of high quality development featuring innovation and scientific breakthroughs. So it is not surprising that in 2022, when the 20th Communist Party of China Congress takes place, Xi will ensure that he gets another term as leader of the country and the Party.

Whether China succeeds or fails, there will be geopolitical consequences which will be difficult to ignore. Even as it emphasises its foreign policy clout, China is, in the words of Wang Yi, hopeful that “the next US administration will return to a sensible approach, resume dialogue with China, restore normalcy to the bilateral relations and restart cooperation.” Of all its relationships, the one with the US will be the most consequential, and Beijing knows that. Just how the US and China manage their relationship will, of course, affect the world.

The article What China Has In Store For 2021 – Analysis appeared first on Eurasia Review.