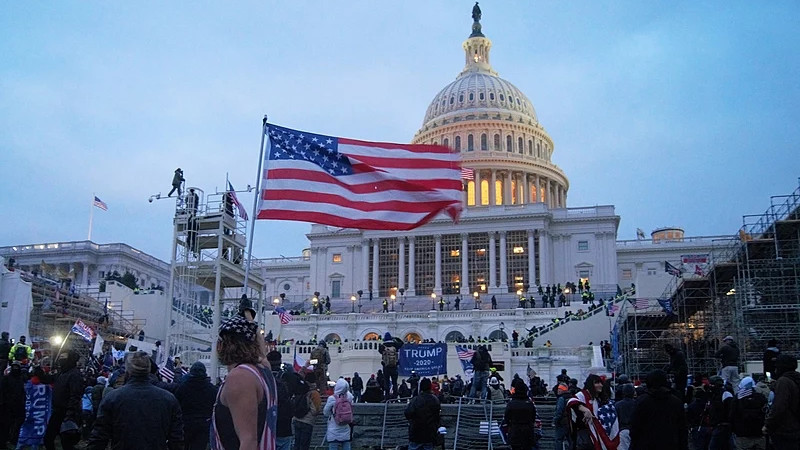 The shocking violence in Washington generated widespread global outrage and disgust. The consensus appears to be that it was a sad day for the “greatest democracy in the world.” Importantly, America is entering a period of transition as President-elect Joe Biden and Vice President-elect Kamala Harris are now confirmed by the US Congress.

What occurred at the Capitol was a manifestation of America’s core dispute: Us versus Them. The issue of the country’s division is becoming more acute. When looking at the US today, the country is divided on a number of planes, be it Red vs. Blue, race or identity. That all got jumbled by recent events. Just as after the murder of George Floyd in 2020, there needs to be an awakening in American communities regarding “ending the Civil War.”

This is key because the tenor of the country has now been shifted into a new, perhaps more volatile, arena by the Capitol insurrection.

With statues of various colonial and Confederate historical figures being torn down and a White House out of touch with domestic realities, some Americans have a growing sense of doom for the months ahead. As the new coronavirus disease (COVID-19) progresses through American society, the toll both personally and on an economic level will have strong and perhaps permanent effects.

Other Americans seem to be ignorant of the pathogen around them, which immediately politicizes the issue on the basis of “liberty or death.” Even America’s “intellectuals” failed to take seriously the extent and spread of the pathogen early on in January 2020. The volatile finger-pointing is damaging the republic, instead of healing it.

The lead-up to sedition has been a broad one. Racial tensions escalated dramatically last year, adding fuel to an already hot situation. Besides the George Floyd killing, the murder of Rayshard Brooks in Atlanta was illustrative of America’s fall season of racial tensions. Moreover, the pathogen spread due to broken protocols and US electoral shenanigans. The pandemic, combined with the emergence of a dramatic social-cultural convulsion from political rhetoric, has added to America’s divide to produce the violent mobs seen in the nation’s capital.

Let us be clear: The need to tackle America’s racism problem is critically and historically important. Fast results matter to many in the US and around the world. Overseas, America is attracting sharp scrutiny of exactly what happened to the “American dream.” Compassionate yet bold actions need to be taken now. That includes the essential task of maintaining the need for social distancing. It is surprising that many experts and pundits are shocked that classes are increasingly being held online through 2021.

The projection of the COVID-19 spread in communities remains.

Unlike other societies around the world, Americans cannot coexist with the pathogen. The sociocultural upheaval within America has been augmented by the disease, for example in the division between those who will wear masks versus those who will not; this further challenges America’s security requirements. In the light of the insurrection that occurred in Washington, DC the country urgently needs a national reconciliation campaign, as well as increasing civic lessons about historical truths.

To be sure, America went through the “reflection” or “go-look-in-the-mirror” cycle after the George Floyd’s murder, which only exacerbated the insurrectionists. Now, Donald Trump’s departure from the White House will only stir up these American militia. For them, their time has come, following the methodology presented by the novel “The Turner Diaries” to bring down the US government by insurrection. In America, Trump’s departure is only an ignition for this. There will be more resistance to transition that Biden policymakers need to work on urgently.