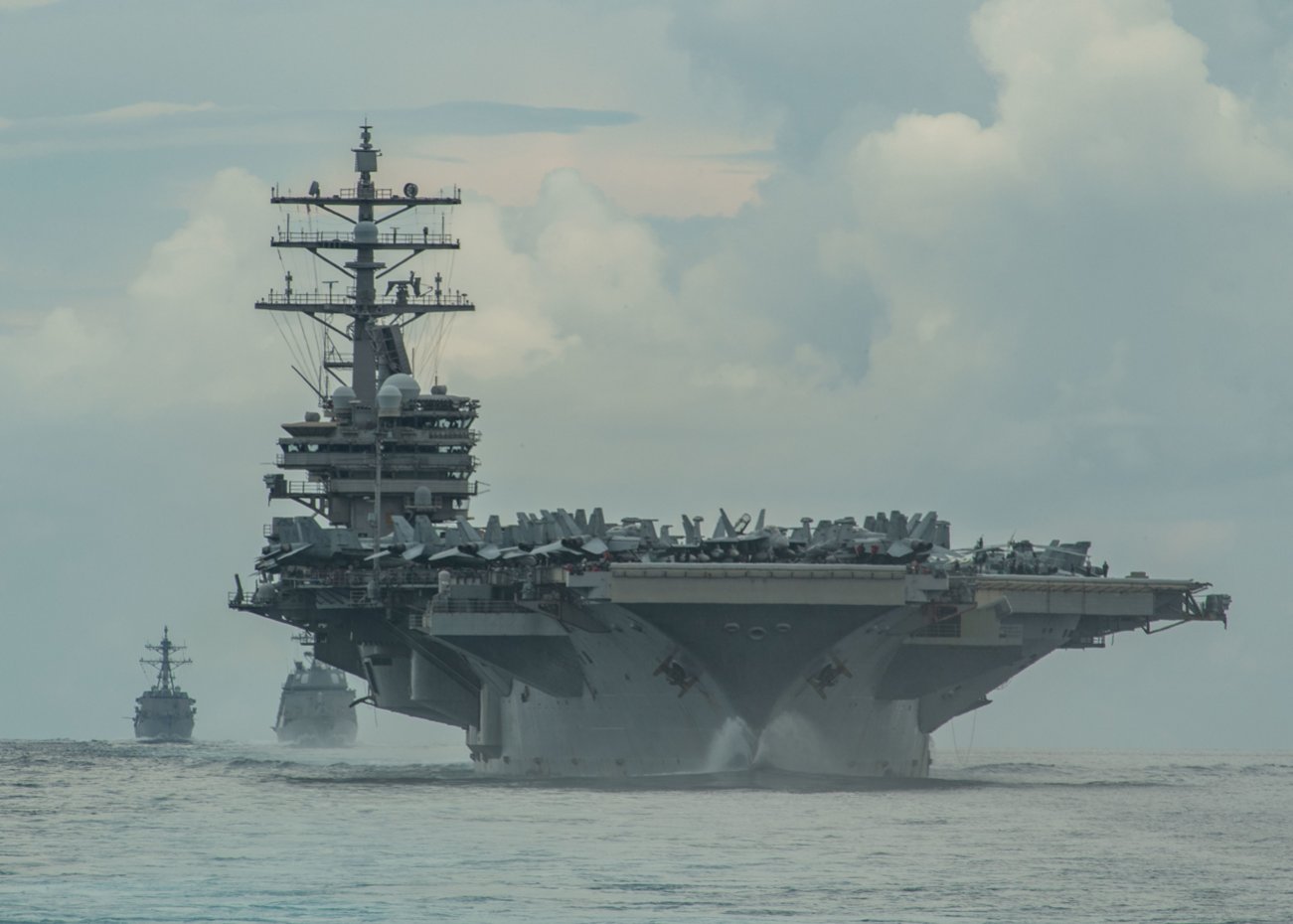 The carrier strike group spent the holidays in the distant waters and marked the New Year off the coast of Somalia to support the repositioning of about seven hundred U.S. troops to other countries in Africa. It could now be a while longer before it sails away from the region.

If the Islamic Republic thought they’d seen the last of USS Nimitz (CVN-68) and its strike group near its shores, then the government in Tehran should think again. Carrier Strike Group 11 (CSG-11) has been ordered to return to the Persian Gulf, the Pentagon announced earlier this week. The strike group had last been deployed to the region in early December.

“Due to the recent threats issued by Iranian leaders against President [Donald] Trump and other U.S. government officials, I have ordered the USS Nimitz (CVN-68) to halt its routine redeployment,” Acting Secretary of Defense Chris Miller said in a statement.

“USS Nimitz will now remain on station in the U.S. Central Command area of operations,” Miller added. “No one should doubt the resolve of the United States of America.”

The orders to CSG-11 to remain on station in the Gulf came following vows from Iranian Supreme Leader Ayatollah Ali Khameini and a senior military commander to conduct retaliatory action against the United States while marking the one-year anniversary of the killing of Iranian Quds Forces leader Qassim Suleimani. Miller’s orders reversed a Thursday statement from the Pentagon in which acting SECDEF ordered the strike group to end its deployment to U.S. Central Command and return home.

The carrier strike group spent the holidays in the distant waters and marked the New Year off the coast of Somalia to support the repositioning of about seven hundred U.S. troops to other countries in Africa. It could now be a while longer before it sails away from the region. The carrier, its embarked air wing and its escorts have been deployed since June, according to USNI News. Because of the added precautions due to the novel coronavirus pandemic, the sailors and Marines assigned to the strike group have also been isolated from their families since April 2020.

Apart from taking part in an exercise with the Indian Navy in November, and its recent mission off the Horn of Africa, the U.S. Navy carrier has been conducting operations in the Persian Gulf, North Arabian Sea and the Gulf of Oman since July. This has been in support of near-constant regional U.S. carrier operations in the region that began in May 2019.

Saber Rattling in the Middle East

Iran has called out the deployment of the carrier, and leaders from the Islamic Republic appealed to the United Nations Security Council on Thursday to stop the United States from conducting what it labeled “military adventurism,” CNN reported.

Also, on Monday, Iran was reported to have begun enriching uranium to levels unseen since the 2015 nuclear deal, while its Revolutionary Guards also seized a South Korean-flagged tanker near the vital Strait of Hormuz. The seizing of the vessel MT Hankuk Chemi came as South Korea was set to send a diplomat to Tehran to discuss releasing billions of dollars in Iranian assets frozen in Seoul.

The Iranians have claimed to have taken control of the vessel in response to its “polluting the Persian Gulf with chemicals.” In response, Seoul has deployed the Choi Young, a destroyer carrying members of the South Korean military’s Cheonghae anti-piracy unit. While there are reported to be no plans to conduct a military operation at this point to free the crew, the sending of the destroyer—along with the arrival of a U.S. carrier strike group should be a strong message to Tehran.