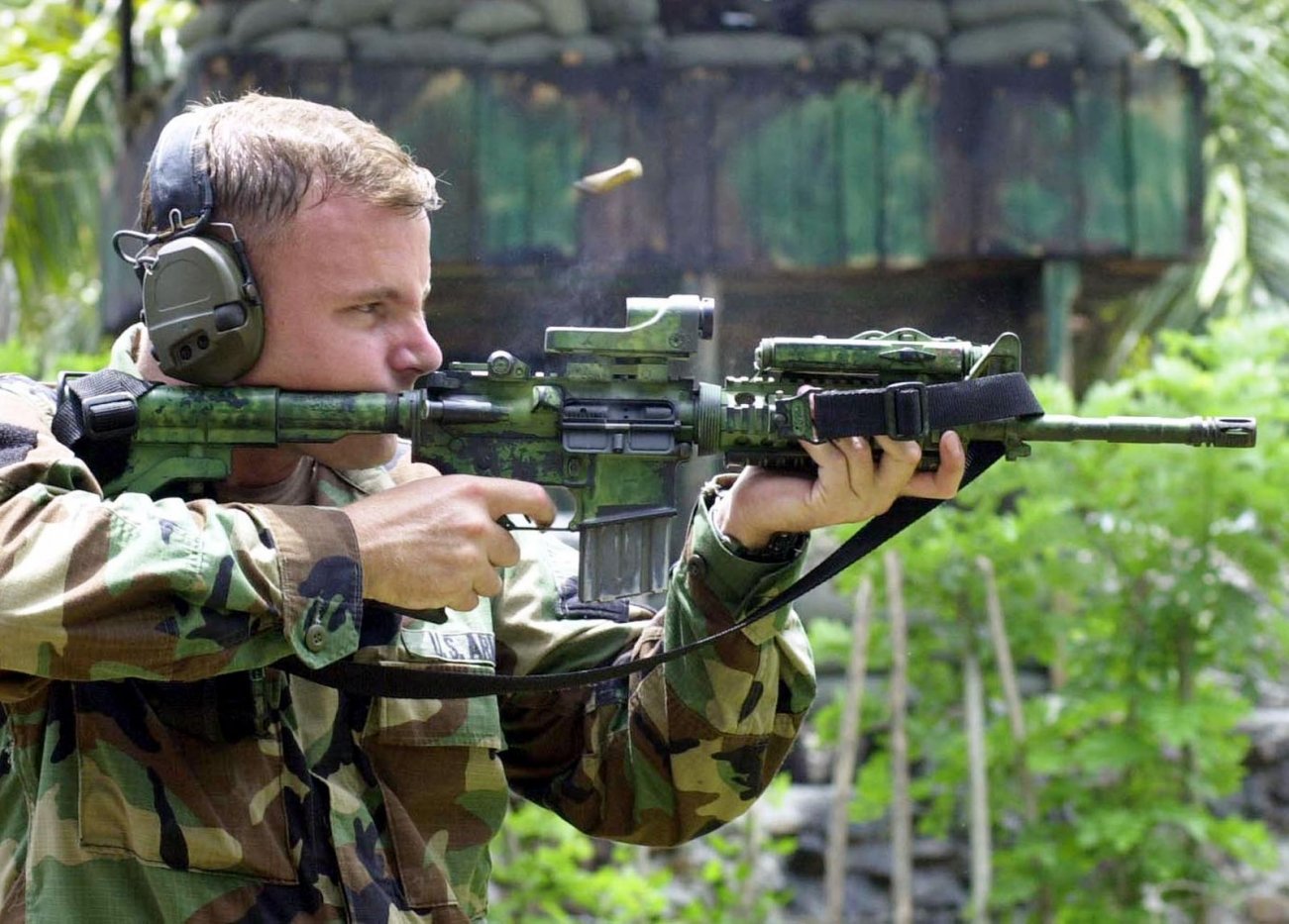 The vaunted rifle is here to stay for a while, but it will eventually be replaced.

One of the most iconic weapons employed by the modern U.S. military, the M4 Carbine has distinguished itself as a versatile and effective service rifle over the past three decades.

The Army’s search for a lightweight, compact rifle dates back to the beginning of the Vietnam War. A surge in conscripts with little or no prior knowledge of firearms, combined with reports of the older M14’s unflattering performance against the AK-47, drove the Army’s interest in a new service rifle platform. Introduced in 1964, the M16 seemed to solve many of the M14’s design and performance shortcomings. But the M16 quickly came under blistering criticism from within the military, suffering from widespread instances of jamming and even earning the nickname “Mattel toy” among frustrated soldiers. The subsequent M16A1 revision did little to salvage the M16’s ailing reputation, introducing new handling and maintenance problems. It was only with the M16A2 variant, boasting a revised barrel, different grip, and new ammunition, that the M16 platform came into its own.

The M4 was developed in the early 1990’s as a carbine variant of the M16A2. It is a gas-operated, direct impingement, select-fire carbine that resembles its M16A2 counterpart in most respects, but offers a smaller 14.5 inch barrel and is slightly lighter. The carbine also features a removable rear sight, collapsible buttstock, and mounting rails to support a wide array of accessories including grenade launchers, flashlights, cameras, and much more. Indeed, its reduced weight of 7.74 pounds when fully loaded (as opposed to the M16A2’s 8.8 pounds) provides slightly more leeway for the adoption of certain specialized add-ons.

The M4’s smaller footprint makes it easier to carry and handle in such close-quarters settings as cities or densely forested areas, as well as from the inside of armored vehicles. It also implies some of the usual performance trade-offs, including a slightly lower effective firing range of about 500 meters as opposed to the M16A2’s roughly 550 meters. Nonetheless, the M4 excels in urban warfare scenarios where the M16A2 was seen as too unwieldy for effective fast-point shooting action. It does, however, take a step back from the M16A2 in the durability department. Though not inherently unreliable, the carbine requires consistent and careful maintenance to avoid jams. Whereas the less accurate AK-47 has a well-deserved reputation for weathering staggeringly bad conditions without serious malfunction, the M4 is known not to tolerate any significant degree of abuse. Still, there is a robust body of data—drawn in large part from a 2006 CNA study— to suggest that U.S. servicemen seem generally satisfied with the M4’s combat reliability.

First introduced in 1994, the M4 began to see widespread adoption during the Iraq and Afghanistan Wars and has since made significant headway in replacing the M16A2 as the standard-issue rifle of the Army and Marines. The M4 has also spawned numerous civilian variants, albeit heavily modified to comply with a slew of U.S. domestic firearms regulations. The military has recently undertaken the task of converting its large stock of M4’s to the new M4A1 standard, which notably boasts a heavier barrel.

What’s next for the prolific carbine? The M4 is here to stay in the short run, but its long-term prospects are exceedingly scant. The Army is actively evaluating prototypes from Sig Sauer, Textron Systems, and General Dynamics Ordnance, with the intention of announcing a successor to the M4 by the end 2022.

Mark Episkopos is the new national security reporter for the National Interest.