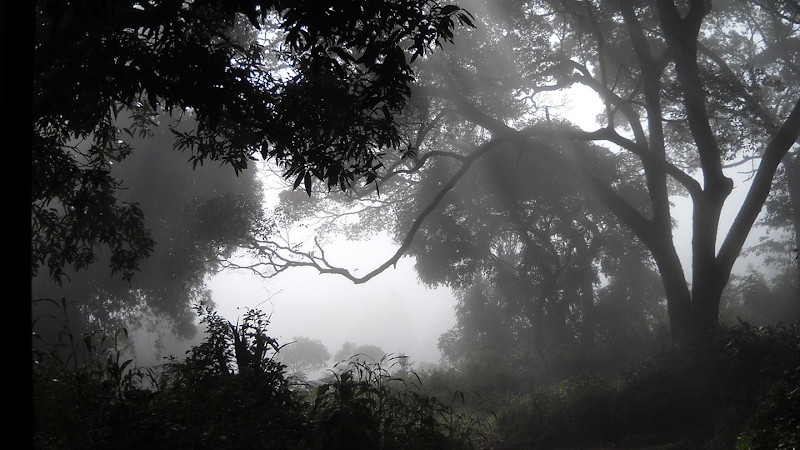 A research collaboration that included Jennifer Alix-Garcia of Oregon State University found that the Global Land Analysis and Discovery System, known as GLAD, resulted in carbon sequestration benefits worth hundreds of millions of dollars in GLAD’s first two years.

The premise of GLAD is simple: Subscribe to the system, launch a free web application, receive email alerts when the GLAD algorithm detects deforestation going on and then take action to save forests.

GLAD, launched in 2016, delivers alerts created by the University of Maryland’s Global Land Analysis and Discovery lab based on high-resolution satellite imaging from NASA’s Landsat Science program. The information is made available to subscribers via the interactive web application, Global Forest Watch.

“Before GLAD, government agencies and other groups in the business of deforestation prevention had to lean on reports from volunteers or forest rangers,” Alix-Garcia said. “Obviously the people making those reports can’t be everywhere, which is a massive limitation for finding out about deforestation activity in time to prevent it.”

Changes in land use make a huge difference in how much carbon dioxide reaches the atmosphere and warms the planet, said Alix-Garcia, an economist in OSU’s College of Agricultural Sciences.

“Reforestation is good, but avoiding deforestation is way better – almost 10 times better in some instances,” she said. “That’s part of why cost-effective reduction of deforestation ought to be part of the foundation of global climate change mitigation strategies.”

Deforestation, Alix-Garcia adds, is a key factor behind the 40% increase in atmospheric carbon dioxide since the dawn of the industrial age, which in turn is contributing heavily to a warming planet. According to the National Oceanic and Atmospheric Administration, the global average atmospheric carbon dioxide concentration in 2018 was 407.4 parts per million, higher than at any time in at least 800,000 years.

The annual rate of increase in atmospheric CO2 over the past six decades is roughly 100 times faster than increases resulting from natural causes, such as those that happened following the last ice age more than 10,000 years ago, according to NOAA.

Alix-Garcia, study leader Fanny Moffette of the University of Wisconsin and collaborators at the University of Maryland and the World Resources Institute looked at deforestation in 22 nations in the tropics in South America, Africa and Asia between 2011 and 2018 – the last five years before GLAD and first two years after.

In Africa, the results were telling: Compared to the prior five years, the first two years of GLAD showed 18% less forest loss where forest protectors were subscribing to the system.

Using a concept known as the social cost of carbon – the marginal cost to society of each additional metric ton of greenhouse gas that reaches the atmosphere – researchers estimate the alert system was worth between $149 million and $696 million in Africa those two years.

There was no substantial change in deforestation in Asia or South America, however, but possible explanations for that are numerous and suggest GLAD can make a greater difference in those places in years to come, the researchers say.

“We think that we see an effect mainly in Africa due to two main reasons,” Moffette said. “One is because GLAD added more to efforts in Africa than on other continents, in the sense that there was already some evidence of countries using monitoring systems in countries like Indonesia and Peru. And Colombia and Venezuela, which are a large part of our sample, had significant political unrest during this period.”

The GLAD program is still young and as more groups sign up to receive alerts and decide how to intervene in deforestation, the system’s influence may grow, she added.

“Now that we know subscribers of alerts can have an effect on deforestation, there are ways in which our work can potentially improve the training the subscribers receive and support their efforts,” Moffette said.