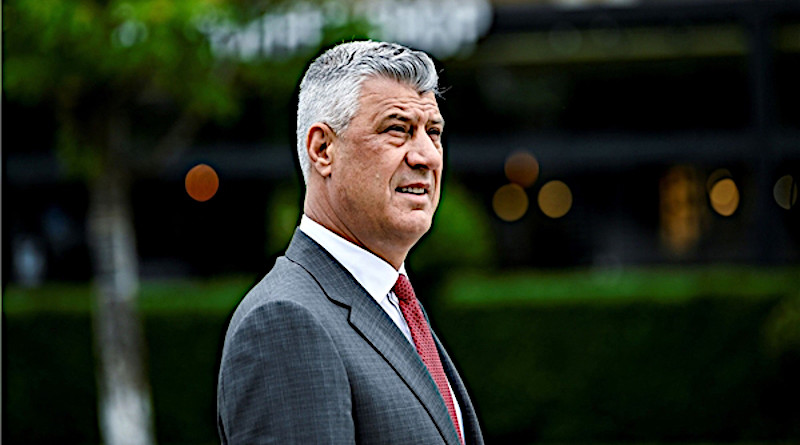 As the 2020 has come to an end, for Albania and Kosovo, it was full of challenges that were anticipated and unexpected, some domestic and other matters were international, a few obstacles were political, and some other scenarios dealt with economics and social welfare issues.

However, both countries observed in their entirety, during 2020 their performances will remain as the worst in modern history. Tirana and Pristina were faced with a year full of political crises, tensions, and overwhelming shocks, that encompass the entire life in both countries, and leave its consequences in the near future to some extent.  Certainly the specific case of Albania in the Balkans, the foreign policy and diplomacy of Albania and Kosovo have been the main creators and bearers of the whole picture in 2020.

Foreign Policy and Diplomacy – an enterprise doomed to fail

Although the constitutions of Albania and Kosovo clearly stipulate the powers, their divisions, and the competencies of each regarding foreign policy and diplomacy, it must still be emphasized that foreign policy and diplomacy in Albania and Kosovo seem to be everyone’s business and of no one’s at the same time. This is an area where everyone revamps his patriotism, politics, attracting electorate and votes and promoting themselves in and outside the two countries.  These are two countries that have ministries of foreign affairs and respective leaders do not take responsibility when a failure is in the horizon.

This approach to foreign policy and diplomacy in Tirana and Pristina, in a way, turns them into failed photocopies of each other, without understanding who the original source is and who is the copy. What is clear is the fact that foreign policy and diplomacy in both countries in recent years have been scattered without an axis and administered by unprofessional bureaucrats who have lost the sense of heritage and national interest, failed to identify new opportunities, priorities and are only focused on how to amass personal riches.  Albania and Kosovo have created an environment of confusion among their diplomacies, with direct implications in the region and European Union.

Such a chaos and confusion in Albania and Kosovo has occurred due to the absence of a clear vision, absence of priorities in both countries’ foreign policies and political appointees in foreign service have caused so much harm to both nations, as they constantly struggle to increase international exposure with a clear purpose and vision as well as suffer from patriotism in the ranks of their ambassadors and top leadership.

An identical situation has been created in Kosovo, mainly by the egocentric and extreme protagonism of former President Hashim Thaçi, who pulled down with himself, deteriorated international stature and spoiled the reputation and foreign policy of the Republic of Kosovo, in every endeavor that he was active.

Thaçi was violating his constitutional competencies and became a one man show for a long time, as a Prime Minister and President, when dealing with Kosovo’s Foreign Policy and its international presence: generally causing more harm than good to the newly formed state.

Meanwhile in Albania such a verbose behavior was undertaken by Prime Minister Edi Rama, who suffers severely from the disease of political protagonism inside and outside his country, despite his significantly limited ability in foreign policy and extremely unprofessional diplomacy. But, different from Thaçi, PM Rama formalized monopolization and centralization in foreign policy and diplomacy by unifying his position as Prime Minister and Foreign Affairs Minister. By unifying these two positions Rama set out to strengthen his control over the two spheres of politics, but in fact weakened even more the efforts for a dynamic foreign policy.

The circumstances charged and at the same time condemned Mr. Rama to carry upon his shoulders the role of a Prime Minister in a country shocked by earthquake, severely affected by the pandemic, exhausted by a terrible economic and social crisis; all these challenges were paired with Rama’s role as the Minister for Europe and Foreign Affairs that was pressured by seven failed EU integration attempts. As if that were not enough, Mr. Rama was also in charge of the OSCE leadership, at the height of security crises, democracy and transatlantic cooperation. Claiming to hold all three positions at the same time, in fact Rama failed in all three.  And this is understandable, because in a liberal democracy that Albania is building, centralization of efforts inevitably leads to failure. This is a proverb, indeed.

The foreign policy and diplomacy are the most conservative dimensions of public policy. This has been, continues to be and will remain the case since the creation of the state with its characteristics in the international political and legal order. If you look at the United States, there are many key leaders of public policy, but in foreign policy and diplomacy there are a handful of highly competent people, with archival memory, with a strategic consistency and priorities, with outstanding professionalism and skills, starting with Henry Kissinger all the way to Madeleine Albright.

While looking at Germany, its foreign policy and diplomacy for nearly three decades was in the hands of Hans-Dietrich Genscher, a great master who led at the international stage the process of German reunification and that of European integration. In Russia, Lavrov has been at the helm of foreign policy and diplomacy for more than three decades, a brilliant diplomat with a superb culture, professionalism and international skills.

Foreign policy and diplomacy are long standing archives. This means that their leaders need to have diachronic formation, to be a living memory, to know every labyrinth of international relations, bilateral and multilateral, to know treaties, agreements and international protocols, signatories, ratifications, implementations and problems, deadlines and finishing or renewing them. Thaçi and Rama were and remain tabula rasa in their archival formation. We all remember the answer that Edi Rama received from Sergey Lavrov in regards to the Albania-Russia treaty, when the Albanian Prime Minister came out openly and completely uninformed about the archive of Albanian diplomacy.

Throughout 2020, the burden of responsibility – for the failures and blunders in foreign policy and diplomacy in the two countries – falls mainly over the Rama-Thaçi medieval Duette; their refusal to respect constitutional competencies, plundering public transparency, violating comprehensive necessities in Diplomacy, and overlooking the importance of heritage and continuity in these two conservative areas of public policy have proved to be disastrous.

The article Albania And Kosovo: Without A Pivot In Their Foreign Policies appeared first on Eurasia Review.