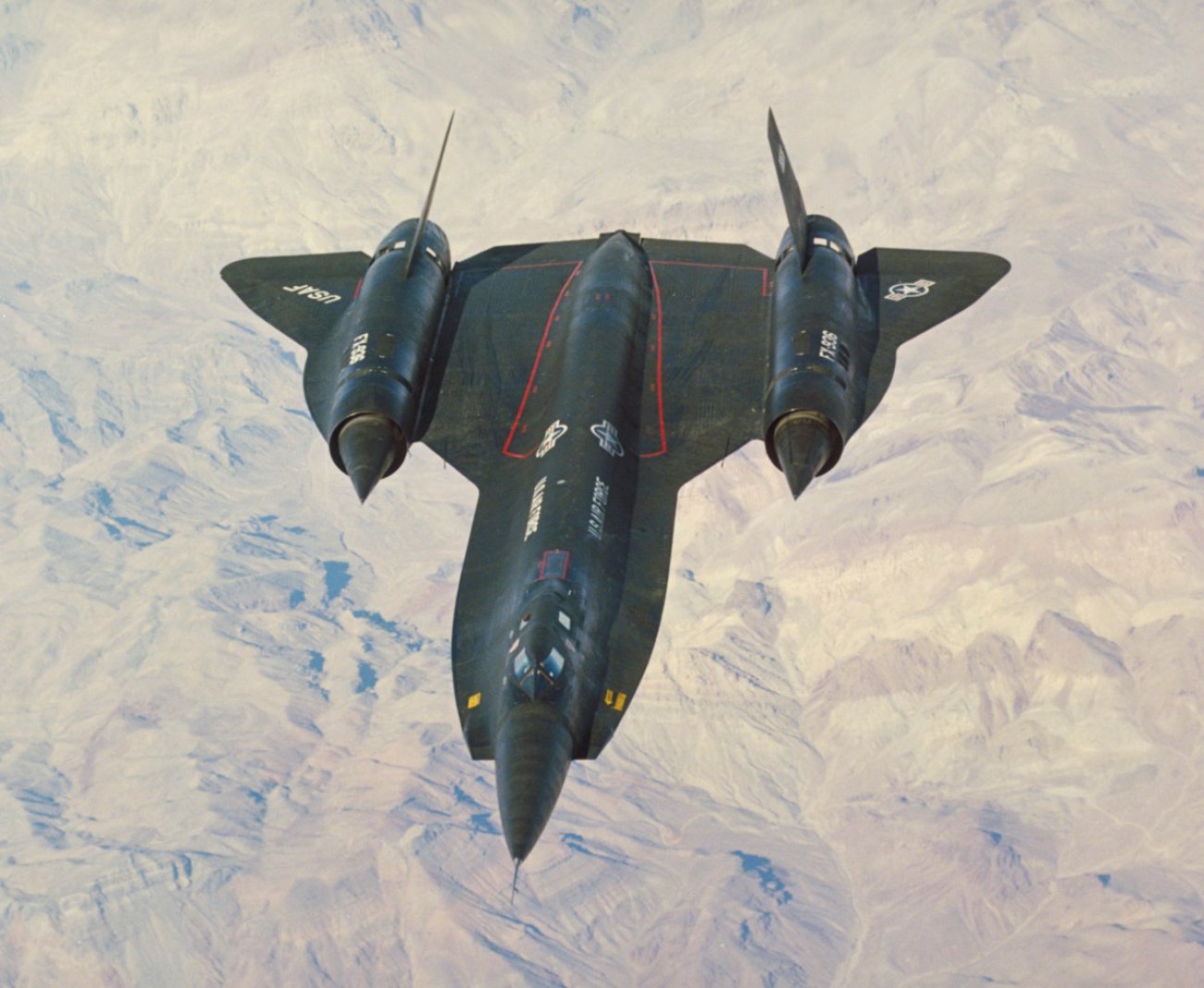 The SR-71 Blackbird may be among the most iconic airframes of the Cold War, but this incredibly fast design wasn’t always intended to serve only as a high-flying set of eyes.

Here’s What You Need to Remember: The U.S. Air Force’s order for 93 F-12B interceptor fighters was originally placed on hold for three long years, due largely to the ever-climbing costs of the war in Vietnam. At the same time, the Soviet Union was having new success with the R-7A Semyorka intercontinental ballistic missile — a design based on the world’s first such missile, the R-7 Semyorka. The introduction of ICBMs into Cold War nuclear posturing meant that the most looming nuclear threat was no longer long range bombers, it was missiles.

The SR-71 Blackbird may be among the most iconic airframes of the Cold War, but this incredibly fast design wasn’t always intended to serve only as a high-flying set of eyes. In fact, a variant of the SR-71’s predecessor program, the faster and higher flying A-12, actually had a fighter-interceptor sibling in the form of the YF-12, and eventually (in theory at least) the F-12B.

While the A-12 had been designed specifically to serve as a viable replacement for the high-flying, but much slower, U-2 spy plane, the U.S. Air Force was also on the hunt for a new fighter that could replace the F-106 Delta Dart interceptor. While the Delta Dart was designed to be “the ultimate interceptor,” the rapidly advancing aviation technology erupting from think tanks on both sides of the Iron Curtain soon made it clear that the F-106’s Mach 2.3 top speed wasn’t quite as “ultimate” as it had seemed at its inception. Like so many forward-reaching aircraft to come about during the Cold War, the F-106’s biggest problem was falling behind the curve of ever faster, more capable aircraft.

The need for a Mach 3 interceptor

With the looming threat of long range Soviet nuclear bombers, the U.S. Air Force knew they needed a high speed interceptor they could task with closing with and destroying bombers before they could reach American targets. However, America’s involvement in the Vietnam War made funding difficult to come by.

The Defense Department first believed the Mach-3 capable North American XF-108 Rapier would be a worthy successor to the F-106, but rising development costs amid the ongoing conflict prompted the program’s cancelation. Now, with no Mach 3 interceptors in development, Lockheed’s famed designer Kelly Johnson proposed a variant of their A-12 Oxcart that could carry an air-to-air missile payload. While the A-12 was technically being developed for the CIA, the U.S. Air Force was interested, and placed an order for three of these super-fast, high flying interceptor fighters.

The biggest changes the YF-12 saw when compared to its A-12 sibling were at the front of the aircraft, where a second cockpit was added for a fire control officer tasked with managing the interceptor’s air-to-air arsenal. The nose was also modified to accommodate the Hughes AN/ASG-18 fire-control radar that had been developed for use in the defunct XF-108 program. The new nose had a negative effect on the aircraft’s stability, so ventral fins were added to the underbelly to offset the change.

But the most important change between the A-12 and the YF-12 came in the four bays designed originally to house powerful cameras, film, and other reconnaissance equipment. One of the four bays was converted to house fire control equipment, while the others were modified to house an internal payload of three Hughes AIM-47 Falcon air-to-air missiles.

Three YF-12A prototypes were built to demonstrate the platform’s capability as a high-speed interceptor that the United States could count on to hunt down and destroy Soviet bombers. The first took to the sky in August of 1963 and by 1965, the aircraft already held several records — including one for speed (2,070.101 mph or nearly Mach 2.7) and another for altitude at 80,257.65 feet. The YF-12 was the largest and heaviest interceptor on the planet, but it was also the fastest.

During that span of time, the YF-12 was actually the first of this lineage of aircraft to be announced to the public. President Lyndon B. Johnson announced the YF-12’s existence on February 24, 1964 — in part to support keeping the A-12 under an ongoing shroud of secrecy. With the public now aware of the YF-12, A-12 testing could go on without drawing much attention.

From YF-12 to F-12B: The world’s fastest intercept fighter

In May of 1965, the Air Force was officially convinced, and an order was placed for 93 F-12Bs to support the U.S. Air Defense Command. The F-12B was to be a more refined and capable version of the already highly capable YF-12A, boasting an increased range of 1,350 nautical miles (over the YF-12’s 1,200) and improved radar and fire control systems that could locate and track enemy bombers from as far away as 125 miles.

It wasn’t just the aircraft itself that looked promising. The Hughes AIM-47 Falcon missiles, also originally designed for the XF-108 program, were among the most advanced air-to-air weapons of the era. Based largely on the design for the AIM-4 Falcon missile, the AIM-47 could engage targets at ranges as far as 100 miles at speeds in excess of Mach 4.

Only about 80 of these missiles were ever built, with seven total guided launches attempted from the YF-12. Six of those test launches resulted in kills, with the propulsion system failing on the seventh. Despite never seeing operational use, the AIM-47 would go on to serve as the basis for the legendary AIM-54 Phoenix missile later carrier by the Grumman F-14 Tomcat.

Canceled before it could fight

The U.S. Air Force’s order for 93 F-12B interceptor fighters was originally placed on hold for three long years, due largely to the ever-climbing costs of the war in Vietnam. At the same time, the Soviet Union was having new success with the R-7A Semyorka intercontinental ballistic missile — a design based on the world’s first such missile, the R-7 Semyorka. The introduction of ICBMs into Cold War nuclear posturing meant that the most looming nuclear threat was no longer long range bombers, it was missiles.

As a result, the YF-12 program was cancelled before the first production F-12B could roll off of the assembly line. In January of 1968, the fastest intercept fighter in the world was canceled before it ever found a fight.

A total of just three YF-12s were produced for testing. One was lost on June 24, 1971 when both pilots ejected due to an in-flight fire. Another was damaged beyond repair in a landing mishap, but the rear half of the aircraft was salvaged and used to build a static test-frame for the SR-71, in what would be known as the world’s only SR-71C.

The last remaining YF-12 saw continued use, however, in joint supersonic cruise testing between NASA and the U.S. Air Force, until it was ultimately retired to the National Museum of the United States Air Force at Wright-Patterson Air Force Base in November of 1979.

The YF-12 name would be used once again, however, when the U.S. Air Force loaned an SR-71 to NASA for continued propulsion testing. In order to maintain secrecy around the SR-71 program, it was re-designated as a YF-12C with a fictional serial number.

This article first appeared at Sandboxx.