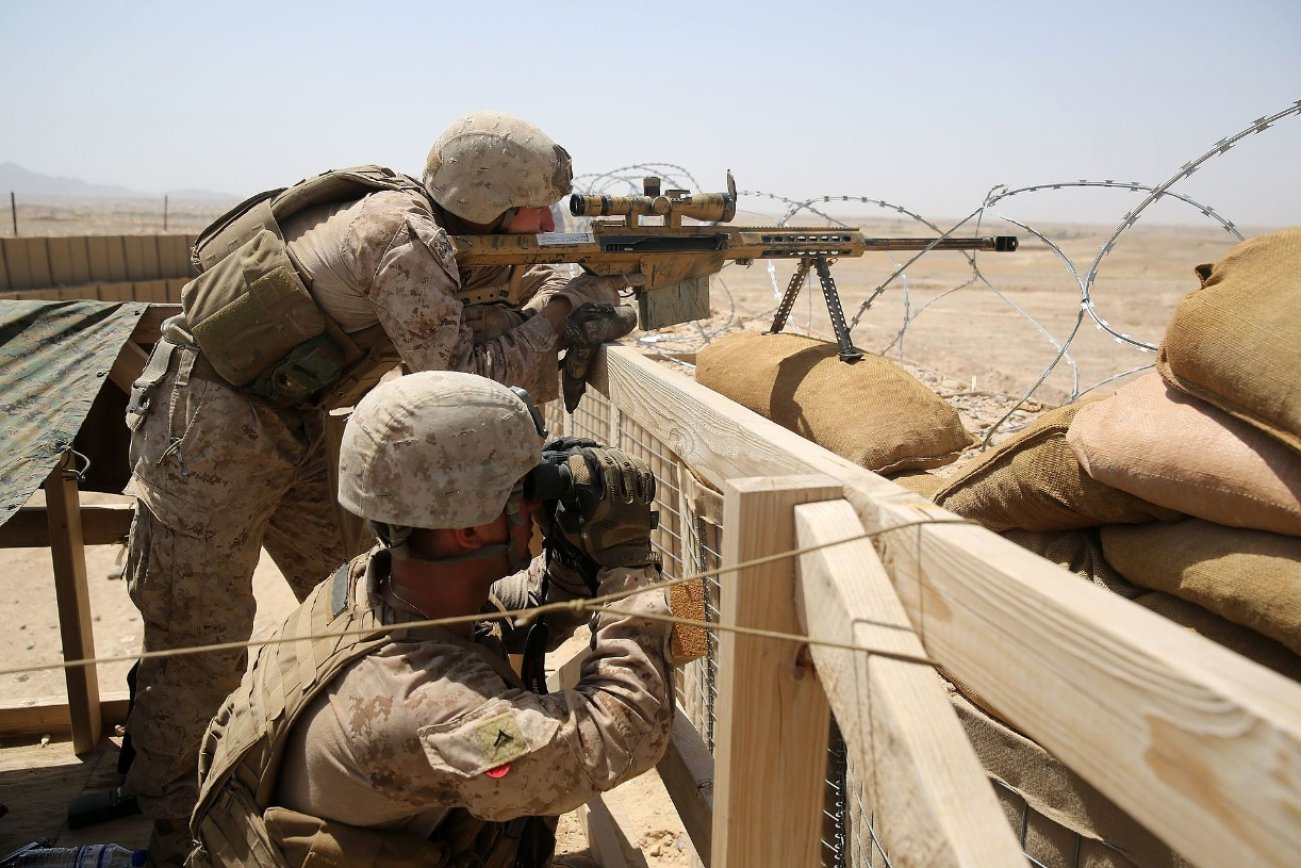 This is the rifle that set the standard.

Here’s What You Need to Remember: Variations of the M82, or copycats of it, are used around the world.

In 1982, Ronnie Barrett was a professional photographer taking photos of a military patrol boat on Tennessee’s Stones River. The patrol boat was armed with two M2 .50 caliber heavy machine gun mounts. Barrett was intrigued by the guns and wondered if a rifle could be designed to fire the .50 BMG bullet.

With no firearms design experience or training, Barrett hand drew a design for a .50 caliber rifle. Barrett drew the rifle in three dimensions, to show how it should function, and then took his design to local machinists. Nobody was interested in helping him, believing that if a .50 caliber rifle was useful someone would have developed one by then. Barrett finally found one sympathetic machinist, Bob Mitchell, and the two set to work. Less than four months later, they had a prototype rifle.

Barrett’s first rifle, the Barrett .50 BMG, was completed in 1982. The Barrett .50 BMG was a shoulder fired, semi-automatic rifle designed around the .50 BMG cartridge. Unique among firearms, Barrett rifle’s barrel recoiled backward after firing. A rotating-lock breech block equipped with an accelerator arm used part of the recoil energy to push back the block on firing. This cycled the action, cocked the firing pin, and loaded a new round from a ten-round steel magazine.

The result was a weapon that should generate sufficient recoil to make repeated firings uncomfortable, but the use of recoil energy to cycle the action and the weapon’s weight reduced felt recoil. A double baffle muzzle brake that vented exhaust gasses to the left and right was added later and further reduced recoil.

Barrett built thirty initial production rifles and placed an ad in The Shotgun News. The initial order quickly sold out and Barrett increased production. The Central Intelligence Agency saw the ad and placed an order for rifles to equip the Mujahideen guerrillas that were fighting Soviet Army occupiers in Afghanistan. The CIA saw the Barrett rifle as the ideal weapon for engaging the Soviets from long range. The Barrett’s ability to destroy enemy war material such as communications equipment, vehicles, weapons and other items with the heavy .50 BMG round created a new category of weapon—the antimaterial rifle.

The Barrett M82 was fifty-seven inches long, had a twenty-nine-inch barrel, and weighed 28.44 pounds. The M82 delivered previously unheard levels of energy and distance in a sniper rifle. The M33 .50 BMG bullet weighed 661 grains, or 1.5 ounces, compared to the fifty-five grains of 5.56mm ammunition used in M16 type rifles. The M33 round had a velocity of 2,750 feet per second at the muzzle and delivered an amazing 11,169 foot pounds of energy, compared to just 1,330 foot pounds for the 5.56 round. The Barrett round was so powerful it still retained 1,300 foot pounds of energy after traveling 2,000 yards downrange. At a distance of 1.4 miles the M33 round still packs 1,000 foot pounds of energy—more than three times the power of a 9mm pistol bullet.

The Barrett M82A1/M33 combination could also hit at very long ranges. While the M16 series of rifles had a maximum effective range of approximately 600 yards, the Barrett can reach out to 1,500 yards or more, and the company warns new owners that stray bullets can travel up to five miles. Properly trained shooters can push the round out to 2,000 yards or more but must contend with a considerable amount of bullet drop due to the effect of gravity on a slowing bullet.

In 1989, the Swedish Army placed the first military order for the Barrett Model M82A1, ordering 100 rifles. In 1990, the U.S. Marine Corps placed an order for 125 M82A1s and the rifles participated in Operation Desert Storm, the campaign to liberate Kuwait. The Marines bought 400 more rifles in the 1990s, and the U.S. Army finally came onboard and purchased the rifle as the M107 in 2002. The utility of the heavy caliber sniper rifle, which as Ronnie Barrett once pointed out can disable a multi-million dollar jet on the ground with a two dollar bullet, has been repeatedly proven over numerous conflicts, including the wars in Iraq, Afghanistan and against the Islamic State.

Today the Barrett M82A1 is used by more than sixty countries, mostly NATO countries and U.S. allies in Asia and the Middle East. All the major military powers field their own 12.7mm/.50 caliber-class sniper rifles, with Russia’s OSV-96 rifle serving with the Russian Ground Forces and China’s Zijiang M99 serving with the People’s Liberation Army. The Barrett M82A1, the rifle nobody wanted to build, ended up starting a revolution.

Kyle Mizokami is a defense and national security writer based in San Francisco who has appeared in the Diplomat, Foreign Policy, War is Boring and the Daily Beast. In 2009 he cofounded the defense and security blog Japan Security Watch. You can follow him on Twitter: @KyleMizokami. This first appeared in January 2018.