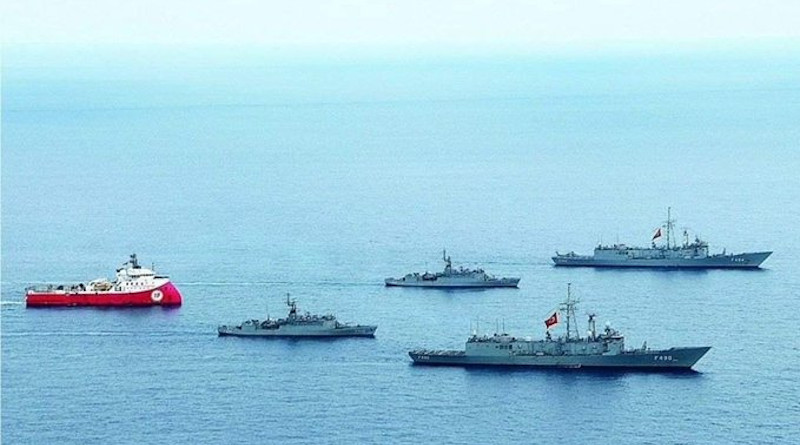 Recep Tayyip Erdogan has authorized controversial oil exploration by a survey vessel in the eastern Mediterranean for a further six months, until June next year.

The Turkish president has also obtained parliamentary approval for troop deployment in Libya for another 18 months, after his ruling Justice and Development Party (AKP) and its allies outvoted the opposition.

The survey vessel Oruc Reis will now continue searching for oil and gas in territorial waters claimed by Greece and Cyprus, in a move that will infuriate the EU.

In Libya, after a pact on military cooperation between Ankara and Tripoli in 2019, Turkey sent its troops thereon a year-long mandate in January. Turkey recently appointed Kenan Yilmaz, a bureaucrat who was involved in the Libyan talks from the outset, as the new ambassador to Tripoli.

“Turkey extended its deployment in Libya because the Turkish government knows there is rapidly increasing cooperation between Greece and regional allies such as Egypt and Israel, as well as the UAE and France,” said Evangelos D. Kokkinos, an geopolitical expert in Athens.

He told Arab News that Erdogan was trying to raise tensions abroad to maintain his influence inside Turkey. However, a full-scale war would come at a political cost to Erdogan, meaning a military standoff between Greece and Turkey was likely.

“Greece will keep on pressuring the EU for an arms embargo and sanctions against Turkey, and not just against Turkish individuals. A large force of the Greek Navy has been deployed across Greek borders and will defend Greek sovereignty, no matter the cost,” he said.

Greek defense agreements with the UAE and Egypt would deter military escalation in the region, he said.

“Turkey intends to stay in Libya for the long term,” he said. “The goal of Ankara is to create facts on the ground in Libya, Syria, Somalia, Qatar, and other states to justify its involvement and keep up pressure on countries it views as enemies, such as Egypt.”

Frantzman said such a move gave Ankara leverage over the Mediterranean and the chance to continue to threaten to blackmail countries such as Greece, Egypt, and Israel every time it needed a distraction or some new chest-beating populist cause to claim it was challenging other countries.