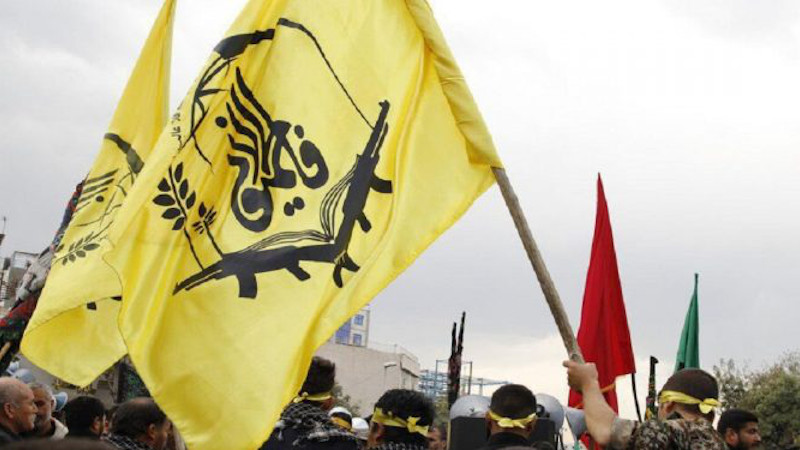 New comments by Iran’s Foreign Minister has drawn criticism from Afghan analysts about the role the regime’s proxy group will play in the absence of US forces.

Zarif also defended the creation of the Fatemiyoun Division by the Iranian regime, which is accused of bringing in tens of thousands of Shiite fighters from countries such as Pakistan and Afghanistan to fight for Syrian dictator Bashar al-Assad.

His comments drew criticism from senior Afghan analysts. Speaking to Arab News, Tabish Forugh, an Afghan scholar based in the US, said Afghanistan should not “risk provoking unnecessary sectarian violence in the country.”

He added that Kabul could not under any circumstances recruit IRGC militias used as mercenaries in the wars of the Middle East.

“We need peace, not overtures for the use of mercenaries,” Shafiq Haqpal, an analyst, said.

“Suggesting such an idea is like adding fuel to a flame that can become a big fire eventually. We do not want Afghanistan to become another Syria or Iraq.”

Despite claims by the regime that the Fatemiyoun are made up of volunteers, a former IRGC official said in February that they received salaries from the regime.

In a video circulating on social media on April 3, Parviz Fattah was seen talking on a show on state-run TV in mid-February about the dead commander of the Quds Force, Qasem Soleimani.

Fattah told state run TV that when he was the head of IRGC Cooperative Foundation, Soleimani asked him for money to pay the wages of the Fatemiyoun Brigade.

The Brigade, known also as the Fatemiyoun Division, is a mainly Afghan Shi’a militia formed by the IRGC’s Quds Force in 2014.

According to a Fatemiyoun commander, “More than 80,000 forces in the Fatemiyoun Brigade were deployed to Syria.”

Various sources in the past have said that Iran-backed fighters received around $900 a month. The regime also lures impoverished Afghan immigrant children into joining the Division.

Many Afghans think of the IRGC’s Fatemiyoun mercenaries as terrorists and traitors. In the past, the Fatemiyoun flag was shown alongside ISIS’s flag on Afghan TV saying that they equally threatened Afghanistan’s security.

With the planned withdrawal of US forces nearing and the likelihood of the Taliban taking power, the Iranian regime is looking to use the Fatemiyoun Division, dubbed a terrorist group by the US, to gain leverage in Afghanistan.

However, judging by the regime’s unpopularity in regional countries, it is doubtful that it will attain its desired influence.