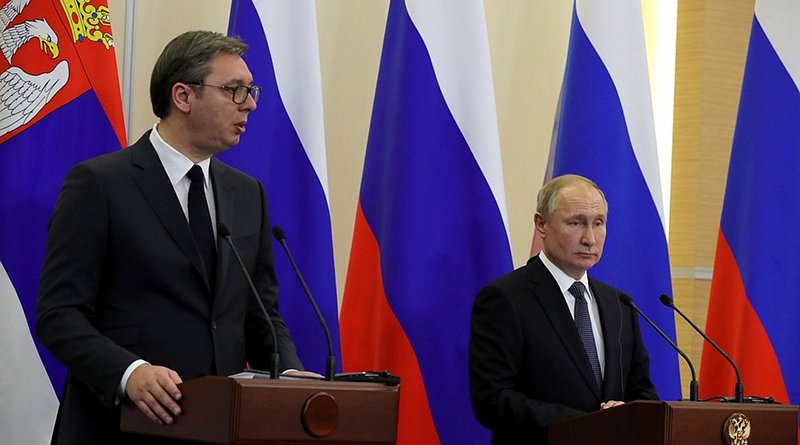 The summer of 2015 has seared itself into Europeans’ collective memory: more than a million migrants fleeing conflict in the Middle East streamed into the European Union (EU), the responses of European governments to this migration crisis were haphazard, all too often unilateral, and have continued to haunt European politics to this day.

However, what is often forgotten is that more than 120,000 of those people applying for refugee status in Germany in 2015 were actually Europeans themselves—from the Western Balkans. The fact, that more than 120,000 people from this small region made the trip to Germany, despite the almost nonexistent chance of being able to stay speaks volumes about the lack of opportunity they see in their own countries.

The COVID-19 pandemic will not only further exacerbate this situation but also leave the region more vulnerable to malign outside powers – like Russia and especially China. Conversely, Washington’s upcoming conversion from disruptor to constructive actor also presents a chance to reenlist US support for a common transatlantic approach. 25 years after the Dayton Agreement, it is high time for the EU to offer the region a new level of association short of full membership.

After the violent break-up of Yugoslavia, the only possible path forward for the six Western Balkan states (Albania, Bosnia and Herzegovina, Kosovo, Montenegro, North Macedonia, and Serbia) appeared to be their eventual accession to the EU. After all, membership in the bloc seemed to embody the promise of peace, prosperity and generous subsidies – in other words a better life. Thereby, helping to stabilize the region and creating a powerful impetus for reform.

However, much has changed since European leaders pledged to make Western Balkan countries “an integral part of the European Union” in 2003. For one, the near-glacial progress of the accession process has led to rising popular disillusionment in the region and with the prospects for membership growing more distant, the pace of reforms has been noticeably slow. This development is compounded by the EU’s growing enlargement fatigue, with new members increasingly perceived not as an overall benefit, but as an additional burden.

Forever Stuck in the Anteroom?

Accordingly, it might be quite a while until the Western Balkan countries will be ready, and more importantly, are allowed to join the Union. In the absence of full membership, the EU should create a new level of economic association with the bloc. In practice, this should include becoming part of the European Union Customs Union (EUCU), as well as enhanced access to the EU’s single market and budget. Being part of the EUCU, would not only mean the removal of non-tariff barriers, but even more importantly, it would also entail adopting the EU’s external tariffs. This is significant because it would resolve the issue of the highly politicized tariff rates that some Balkan states have levied against each other and thereby drive interregional economic cooperation.

Additionally, the EU should consider granting countries in the region greater access to its budget, by building on its existing pre-accession aid and strengthening its lending capacity. This is especially relevant when it comes to infrastructure for two reasons. First, the Balkan’s decrepit infrastructure has been a major factor in holding the region’s economic development back. Therefore, investing in the region’s public infrastructure would not only help to drive economic development, it would also enable their integration into the supply chains of the major Western European economies.

Secondly, it would constrain China’s corrosive influence in the region. Since Chinese investments do not come with any of the EU’s good governance or rule of law strings attached, they tend to reinforce local corruption and non-transparent procurement practices. Naturally, such an à la carte level of association with the EU should have a time limit and be subject to periodic review to prevent abuse. The financial impact on the bloc would be minor, but it would send a strong signal that the EU has not given up on the region.

The Geopolitics of the Pandemic

And such a signal is sorely needed, to reverse the credibility damage of the EU’s hasty decision to ban medical exports to the Balkan countries in the early days of the COVID-19 pandemic. Although this step was quickly reversed, the impression of abandonment it left will not be so easy to undo. Particularly, since multiple state actors were quick to exploit the EU’s lapse of judgment; for example, the flashy propaganda campaign where China “donated” several planeloads of medical supplies to Balkan countries. Serbia’s strongman President, Aleksandar Vučić, has been keen to brandish his nationalist credentials, by denouncing the “illusion of European solidarity.” Unsurprisingly, Russian disinformation efforts have also jumped on the chance to undermine the EU’s standing in the Balkans. Moreover, while these geopolitical chess games have been going on, the pandemic has also served as an excuse for democratic backsliding in the Balkans.

Yet, one crucial reason for this messy situation predates the pandemic. In the 30 years after the violent break-up of Yugoslavia, it was the United States, in close cooperation with the Europeans, that have made the Western Balkans into the most successful example of transatlantic peacebuilding. Yet, in the last four years, the American side of the equation has not just been missing in action but had turned malignant. Thus, the election of a US president with experience and interest in the region is also a chance to return to a common transatlantic front in the Balkans. By coordinating their approach, both sides would have a much easier time affecting positive change in the region.

In the end, the reasoning behind the EU’s engagement with the Western Balkans is fairly simple: either the Union succeeds in exporting stability to its neighborhood or it will remain a source of instability. Consequently, promoting the rule of law, democratic institutions, and economic reforms in the Balkans are not just steps in a legalistic accession process. Rather, these measures should be regarded as an investment in the future stability of the European Union. The bloc’s new Economic and Investment plan for the region worth €9 ($10.85) billion is a start, but much more will be required. Nature abhors a vacuum and if the EU continues to neglect the Western Balkans, other powers like Russia and China will only be too happy to fill that void.

The article A New EU Deal For The Balkans: Time To Remake The Anteroom – Analysis appeared first on Eurasia Review.