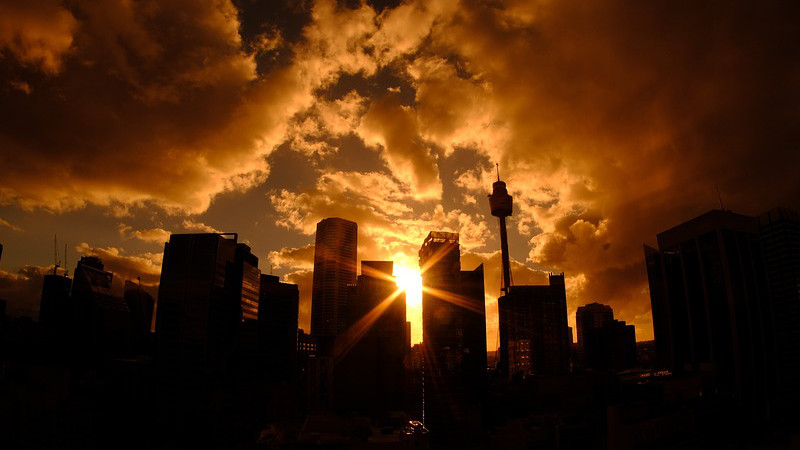 Australia has various advantages as an island continent.  It is monumental and only accessible in the most impractical ways.  It is discouragingly far and almost impossible to invade without a huge investment of personnel and material.  The decision to place convicts on the island by the British was audaciously cruel and illogical, setting a precedent for future decisions by Australian governments to send undesirables to distant, inaccessible outposts, at cost.

But distance has not spared the country from the COVID-19 pandemic.  Assisted by human error and misjudgement, quarantine defences were breached as they will no doubt continue to be.  In Victoria, it proved most costly, leading to community transmission in a deadly second wave with a single-day peak of 725 cases in August.  In the largest state in the country, New South Wales, pride was taken at developing a contact tracing system to deal with arrivals from outside Australia. Withering judgment, notably by the Morrison federal government, was cast on hapless Victoria.  New South Wales received gushing praise.

Praising NSW was silly in its unequivocal confidence.  Viruses care little for reputations.  In time, the “gold” standard of NSW containment proved to be gilded. Hit the gilding, and you realise it might be gold leaf.

It came in the form of that will be known in the epidemiological sagas as the Avalon outbreak.  Confirmed cases were found this month at the Avalon RSL and the Avalon Bowling Club in Sydney’s Northern Beaches.  Genomic testing suggests that the strain in the Northern Beaches cluster is a variant of the virus currently circulating in the United States.  According to epidemiologist Catherine Bennett, no one quite knows how this particular international strain found its way into the community.  NSW Premier Gladys Berejiklian has also confirmed that, “health experts have yet to identify how the cluster was transmitted into the community or how it started in Avalon.”  The event that seeded the virus remains inscrutable.

Politics being what it is, criticism of the Berejiklian government, having the same political stripes of the federal government, was always going to be muted.  The federal government made sure their Liberal counterparts at the state level would not be chastised and sprayed for any errors.  This, despite the public health stumbles regarding the Ruby Princess, a cruise ship with 2,650 passengers who were allowed to disembark when it docked in Sydney on March 19.

That decision proved critical: 900 infections resulted, along with 28 deaths.  The Report of the Special Commission of Inquiry into the Ruby Princess did not mince words: “In light of all the information the (NSW Health) Expert Panel had, the decision to assess the risk as ‘low risk’ – meaning, in effect, ‘do nothing; – is as inexplicable as it is unjustifiable.”  The inquiry also had words on  “the directive to allow passengers to onward travel interstate and internationally after disembarkation on March 19”.  The move “did not appropriately contemplate or comply with the terms of the Public Health Order that came into effect on March 17.”

Berejiklian found herself apologising “unreservedly to anybody who is continuing to suffer, or has suffered unimaginable loss because of mistakes that were made within our health agencies.”  Lessons had been learnt, she declared, and such “circumstances should and will never happen again in New South Wales.”

Abundant criticism has instead been directed at the Labor government of Dan Andrews for quarantine breaches in Victoria that led to a second surge.   When strict curfew and lockdown regulations were imposed on Melbourne, the federal treasurer Josh Frydenberg wished for their lifting.  “More than 1,000 jobs are being lost every day on this premier’s watch,” he spluttered in October.  “The bloody-mindedness is unforgivable.  The stubbornness is unforgivable.”

Even now, the NSW state government is being incautiously proud, assuming that its tracing system is without peer.  In the hyperbolic assertion of Berejiklian, “We do have, I believe, one of the best if not the best contract tracing team on the planet.”  A tedious Morrison continues to toot the claim that “NSW is the gold standard,” having handled the pandemic in exemplary fashion where others “faltered”.

Refusing to adopt the dramatic, and at times draconian policy of the Andrews lockdown formula, especially given the Christmas period, the Berejeklian government is gambling on prowess and precision.  Premier Berejiklian, for instance, has urged people not to use public transport without wearing a mask or frequent a supermarket or place of worship without one.  “It would just be crazy” not to do so.

A more localised containment approach has been adopted, with a focus on the Northern Beaches area.   Residents leaving their home face fines of $1100 unless undertaken for approved reasons.  The area has now been divided for the Christmas period into two zones with slightly different regulations.

For all its self-praise, the government has done much to stifle discussion on flaws in its own quarantine policy, not least its approach to handling the isolation of flight crews.  A degree of latitude has been permitted to airline staff to self-isolate in hotels of their own choice.  Only now has this approach changed, with thirteen crewmembers of an LATAM Chile flight from South American fined $1,000 for leaving their hotel to attend various city venues.  The airlines, for the most part, feel that quarantine conditions are not the province of the state government.  The Australian airline Qantas, for instance, would prefer exemptions for their crew to remain while they manage their own quarantine arrangements.  What could go wrong?

Whatever happens in terms of managing the Sydney outbreak does not detract from the distinct inconspicuousness, if not absence, of the prime minister.  From the start of the pandemic, Morrison has made the states and territories the chief custodians of public health defence.  His biosecurity eye has been stubbornly closed.

As has been pointed out by the veteran journalist Paul Bongiorno, this has been nothing short of a grand abdication of responsibility.  “Early in the pandemic at the first meeting of Scott Morrison’s national cabinet – the rolling summit of the state and territory leaders – according to a source close to the meeting, the states were shocked when the Prime Minister came to the meeting with no quarantine plan.”  It took the promptings of Premier Andrews, backed by other state and territory leaders, to create a state-funded hotel quarantine scheme.

In its interim report, the Australian Senate inquiry into the Morrison government’s approach to the coronavirus found that it “did not have adequate plans in place either before, or during the pandemic.  Not only did it fail to heed warnings prior to COVID-19 about the National Medical Stockpile of personal protective equipment, there were inadequacies in its approach to pandemic planning exercises.”  Specific sectors also suffered, as there was no developed “COVID-19 plan for the [aged care] sector, which was unprepared and ill-equipped to protect the safety of residents when the pandemic hit.”

With such outbreaks, questions will gather, and remain unanswered.  Sounding a touch stringent, but nonetheless relevant, Magda Szubanski suggested that “the only thing preventing this country from having a normal, healthy, prosperous life” was permitting the continued arrival of overseas travellers.  In a remark, she asks the nagging question: “surely the issue is – why do we not have a coherent, tough, effective FEDERAL quarantine approach to international travellers?  God knows we can manage with asylum seekers?”  Certainly something for the prime minister to chew over.

While Andrews will always be saddled with the errors, misjudgements and desperately poor decisions of the initial quarantine arrangements, his critics were unwise to assume the throne of judgment.  Eventually, the riverbanks would break elsewhere.  Other states would have to face a viral surge, their defences and containment measures bypassed and mocked.  As with all absolute measures to seal off a community, breaches will take place and exceptions made.

In all of this, Morrison remains silent on matters that remain within the jurisdiction of the Commonwealth.  To date, there have been no announcements about revising quarantine exemptions for returning diplomats, aircrew or the specially chosen ones.  The prospects for another seeding event remain; the gold has come off the standard.

The article The Gold Comes Off: A COVID-19 Outbreak In Sydney – OpEd appeared first on Eurasia Review.