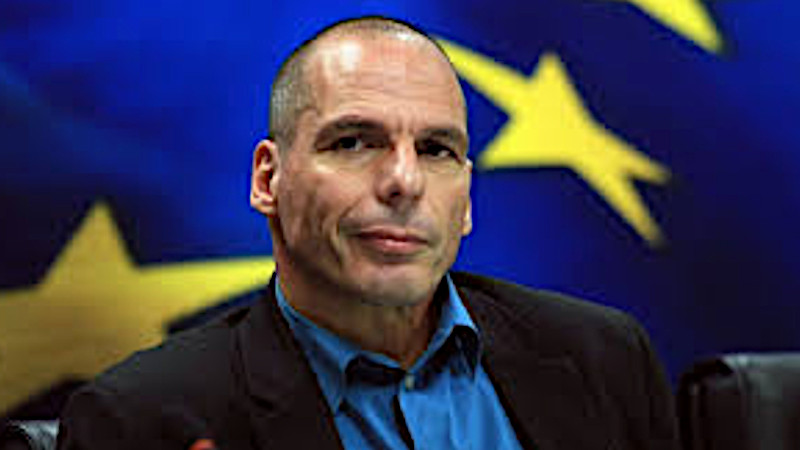 Despite its intensification with the advent of the Covid-19 pandemic, Varoufakis argues that this crisis simply amplified the basic workings of the 2008 financial crisis, which was never adequately addressed. As a result, relatively low investment on savings and perpetual stagnation have produced sinister byproducts of populism, racism and xenophobia. The crisis of 2008 proved to be a pivotal moment in which a variety of actors agreed that a recalibration of global financial institutions was imperative due to the imbalances in trade and flow of capital.

Professor Varoufakis reflected on the emergence of the Bretton Woods system in the 1940s, specifically the vision of Harry Dexter White, representing the United States, which would characterize the new world order.  White proposed a structure anchored on the American-post war trade surplus.  This entailed fixed exchange rates pegged to the US dollar. Such a system implies that the surpluses of certain countries are “recycled” into deficit countries, with the United States being the only surplus position at this time in history. This dynamic ushered in an era of capitalism characterized by growth, low inflation, shrinking inequality, and low unemployment.

When this surplus collapsed in the late 1960s and with the advent of the oil crisis, American trade deficits began to increase. This meant that by the mid 1980s, The United States was importing en masse from Germany, Italy, the Netherlands  Japan, China and the various petrol states. As a result, this deficit left factories in other parts of the world facing less demand.  Moreover, 70% of profits of these net import countries were “recycled” into the American financial market. This period was marked by an enormous wave of capital and its financialization from the 1980s until 2008.  The resulting austerity measures in the aftermath of the crisis led to an imbalance between global savings and global investment, and consequently economic stagnation.

Varoufakis offered his vision for an alternative to this structure, a sort of new Bretton Woods that would reflect the rejected vision of British economist, John Maynard Keynes at the conference. According to Varoufakis, global stability is undermined by capitalism’s innate tendency to create a wedge between surplus and deficit economies. Surplus and deficits become larger in periods of growth. However, when the “bubble bursts” into a recessionary period, the burden to rectify this pattern falls disproportionately on the deficit, decreasing global demand everywhere.

Porfessor Varoufakis seeks to modernize the proposal of Keynes to establish an international clearing union that acknowledges a world of variable exchange rates. Like Keynes’ model, all trade and capital flow would be denominated in some new unit and it would consist of two levies.  The first one, an automated process compiling all trade interactions where percentages are taken from all surplus and deficit countries proportionally and placed into a global equity green wealth account.  The second mechanism would employ a sort of capital surge levy for cases in which capital has flowed but also been drained from rising economies.  This rapid flow typically results in a crash as the rush of capital creates an asset price inflationary period.  Real estate increases, imports explode, and access to loans proliferates.  When owners of this capital observe how their returns are not as high as expected, the capital flows out. Therefore, his proposed mechanisms would impose a levy on actors who are responsible for this sort of exploitation. The funds acquired from these two levies will then be directed towards prioritizing a green transition. These mechanisms should also ideally lessen trade and capital imbalances that inevitably lead to crisis.

Varoufakis ended his discussion on the quandary surrounding potential leaders for this new system.  He did assert, however that such a system would require tight cooperation between the United States, the EU and China. Though he expressed doubts on each entity’s ability to do so, claiming the US has effectively abandoned its leadership role in the world since 2008, trapped by its own constitutional limitations.  China faces its own domestic challenges concerning its human rights record and authoritarianism.

Finally, for Varoufakis the EU is incoherent and in a constant state of paralysis. The onus must fall on Western states, particularly the EU but also polities themselves to impose on their leaders and demand for international institutions that lessen crisis and capitalism’s tendency to create new ones while also tackling climate change.

In the group discussion with the UMEF students and other participants, professor called upon on the younger generation to question power however it manifests.  He cited the astronomical wealth of Jeff Bezos for example to underscore how these sorts of figures accrue immense wealth simply through the possession of existing wealth, demonstrating a system of power beyond the market. The vision Adam Smith offered for the market would ensure a system where no one individual or entity monopolized power, allowing smaller and medium sized actors to thrive.  However, today the vast majority of capital and wealth belongs to a handful of companies, a sort of modern feudalism.  Moreover, these companies own the vast majority of existing media institutions and by default, the information provided to consumers.  Therefore, he re-affirmed the importance of thinking autonomously in a world characterized by this neo-feudalism. In regard to questions surrounding global populism and recent American elections, Varoufakis called for the overthrow of the ruling political class which has been corrupted by the semi-feudal financial elite and cannot be persuaded to reform.

Regarding Europe, Professor Varoufakis asserts that the EU is not a genuine union, and functions more like a cartel since its inception. The project began as an economic community, but sought greater political legitimacy as it expanded, culminating in the founding treaty of the EU. However, he claims that this cartel possesses a hierarchical structure of appointed officials, which cannot be considered democratic, with a parliament that is unable to even pass legislation. The source of Europe’s problem for Varoufakis lies in its claim to enormous wealth misdirected and poorly invested.  Consequently, the current generation is condemned to precarious work and the impending impacts of climate change.  Such an arrangement is not inevitable however, if resources are directed towards a green transition which prioritizes more secure labor. The new generation must place pressure for such a transition with the older generation offering tools and a roadmap to effectively utilize this wealth.

Varoufakis ended the discussion by answering a question regarding the failure of communism to respond to capitalism.  He reminded listeners that moments of progress did not consolidate overnight, citing the French revolution’s and the Haitian revolution’s experience with various spouts of violence and counter-revolution for centuries. Therefore, we must constantly re-imagine a new world order, as the current system increasingly threatens the liberal individual with the big tech industry pre-determining our tastes and interests. His new book, Another Now: Dispatches from an Alternative Present,  addresses this question, seeking to create a more utopian world where we are free to choose our lifestyles and are free from fear of hunger, precarity, ill-health etc. This book, therefore, offers an alternative to the brutal form of feudalist capitalism we are experiencing today.

*Marie-Christine Ghreichi, graduate of Sciences Po, Paris and the US, is a French International Security specialist with a focus on Diplomacy and the Euro-MED.

1. Former Finance Minister of Greece, Professor Ioannis Varoufakis answered the call of the Swiss UMEF University in Geneva on November 23, 2020, and gave this lecture under the auspices of the Geneva Lecture Series – Contemporary World of Geo-economics.

The article What New Institutions Do We Need For An International Green New Deal To Be Feasible? – OpEd appeared first on Eurasia Review.