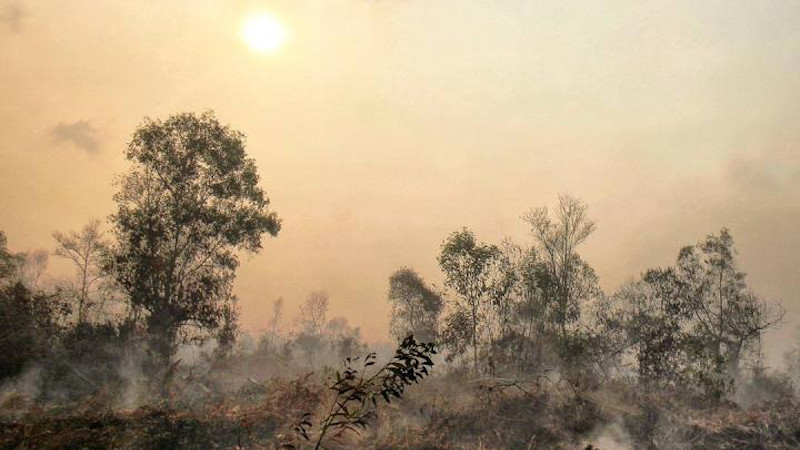 A new study led by researchers in the Geography Department at Swansea University reveals the extreme scale of loss and fragmentation of tropical forests, which once covered much of the Indonesian islands of Sumatra and Kalimantan.

The study also reveals that only 10% of the forest that is left remains fire-resistant. The researchers warn that protecting this is crucial for preventing catastrophic fire.

An area of tropical forest and peatland larger than the Netherlands has burned in Indonesia in the past five years, according to Greenpeace.

Yet the study shows that contiguous tracts of undisturbed forests are not susceptible to burning even under current drought conditions.

“Undisturbed tropical rainforests are naturally resistant to fire due to the humid and cool micro-climate they maintain, effectively acting as a fire barrier. Contrary to the widely-held perception that worsening droughts are threatening the remaining rainforests, tropical forests in Indonesia become susceptible to fire only after human disturbance.”

However, the study also reveals that currently only a small fraction (~10%) of the remaining total tropical forest cover remains fire-resistant. The rest (~90%) has been severely fragmented or degraded and therefore is no longer able to maintain a fire-resistant microclimate.

The authors emphasize that the preventative role tropical forests play against fire is yet another important reason for the preservation and regeneration of the few remaining contiguous tracts of forests.

“Protecting tropical forest is critical not only for biodiversity and carbon storage but also for preventing future catastrophic fire episodes. This is true for Indonesia, as well as for tropical forest in Africa and South America”.

The research was published in a Nature group journal, Communications Earth and Environment.