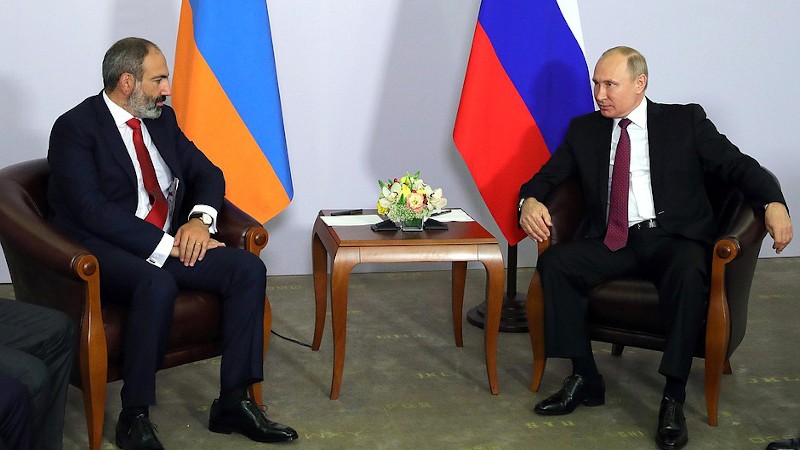 Russian President Vladimir Putin brokered a truce between Azerbaijan and Armenia last month after fierce fighting for 44 days that claimed the lives of about 5,600 civilians and troops on both sides.

No sooner was the cease-fire signed than quarrels started to break out in the former battlefields. The agreement was too general and did not elaborate on the subtleties, which are now surfacing slowly.

Armenians blame Russia for having placed Nagorno Karabakh as an autonomous region within the Azeri territory and cut its territorial link with Armenia. Azerbaijan blames Russia for having helped Armenians settle in the region, changed its ethnic composition.

After the cease-fire, individual breaches were only to be expected. One occurred two weeks ago in two contested villages, Kohne Taglar and Chalakkala, where four Azeri soldiers were killed. Each side accused the other.

Armenian authorities said last week that contact had been lost with a number of military posts, thought to have been captured by Azeri soldiers. The number of Armenian military personnel missing in action is estimated to be between 60 and 160.

Russian observers said there was one breah of the cease-fire, but did not put the blame on either side.

The most important issue by far is of course the ultimate status of Nagorno Karabakh. Armenia’s maximalist position is to proclaim it as an independent state. The strong Armenian diaspora in the EU is actively lobbying to raise this question in the European Parliament. Azerbaijan’s maximalist position is to entirely lift the autonomous status of Nagorno Karabakh and make it a fully integrated part of Azerbaijan. Russia is doing its best to find a fair middle ground between these two maximalist approaches.

Meanwhile the strengthening of Turkish-Azeri ties is a new phenomenon that has to be reckoned with. The practical results of the cooperation may yield other consequences beneficial to both.

Turkish-made armed and unarmed drones that were battle-tested in the Syrian province of Idlib against Assad (and partly against Russian) forces, and in Libya against Khalifa Haftar’s forces, proved to be successful in the latest Azeri-Armenian clashes as well.

This cooperation may need to be further consolidated because of new arms embargoes that may be imposed on Turkey by the EU and the US. Azerbaijan, an oil-rich country, may also be tempted to initiate its own defense industry. This common goal may lead these two friendly countries to cooperate more closely in the field.

An important item for Turkey in the cease-fire agreement was the construction of a road to link the Nakhichevan exclave of Azerbaijan to Azerbaijan proper. Armenia will probably drag its feet to kill the project, because it will also link Turkey to Azerbaijan and from there to the central Asian Turkic republics. This scenario irks many nations in the region except peoples of ethnic Turkic stock. Russia supports this project as a counter-weight for the Lachin corridor that links Karabakh to Armenia.

An agreement between Turkey and Azerbaijan reciprocallys lift the obligation for Turks and Azeris to carry passport when they visit each other’s countries, in addition to the visa exemption that had entered into force on Sept 1, 2019. This mesure, coupled with the construction of the road, will boost Turkey’s relations with Azerbaijan.

To conclude, Armenia is surrounded by countries with whom it has problems. Despite several laudable merits of its people, it cannot indefinitely rely on other countries to solve them. No matter how supportive they may be, foreign countries will lend support only to the extent that their own national interests match those of Armenia.

Turkey, in turn, also has problems with many of its neighbors. Azerbaijan is luckier. It is doing nothing but trying to preserve sovereignty over its territories.

The wisest policy in these circumstances would be for these three countries to put aside the past that they cannot change and work out a forward-looking strategy to enjoy the advantages of a stable relationship.

The article Why It’s Time For Cool Heads In The Caucasus – OpEd appeared first on Eurasia Review.