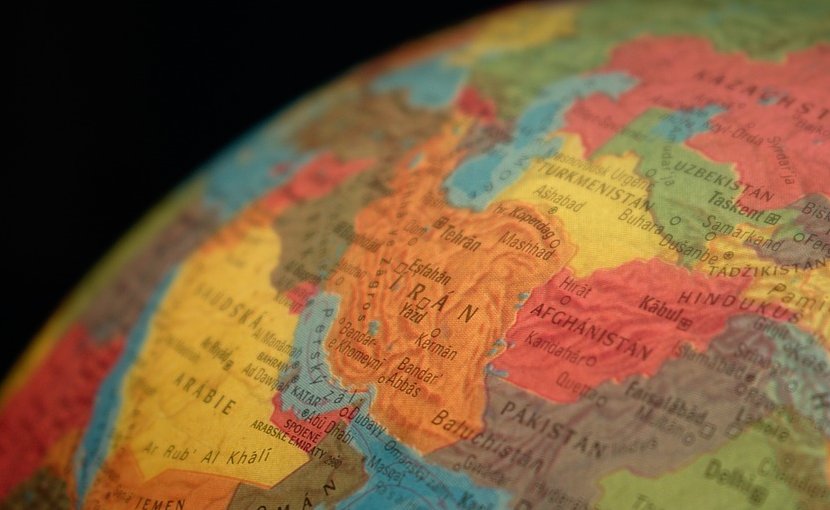 Turkey is leveraging its successful backing of Azerbaijan’s recent war against Armenia to counter Iran in the Caucasus and gradually challenge Russia in Central Asia, the heart of what Moscow considers its backyard.

The Turkish moves have elicited different responses from Russia and Iran, two countries Turkey views as both partners and rivals.

Turkish President Recep Tayyip Erdogan has been careful not to jeopardize his newly found status as a Russian recognized-player in the southern Caucasus.

By contrast, Mr. Erdogan seems determined to provoke Iran with statements and postings by-his state-run broadcaster that potentially call into question the territorial integrity of the Islamic republic.

In doing so, Mr. Erdogan is fueling Iran’s deepest fears. Iran, not without reason, has long believed that the United States and Saudi Arabia are bent on instigating ethnic unrest in a bid to force Tehran to alter policies, if not topple the Iranian regime.

Mr. Erdogan adopted his provocative posture as he moved to exploit new geopolitical transportation opportunities created by the Russian-brokered deal that sealed Azerbaijan’s defeat of Armenia in the recent Caucasus war.

The deal opens a corridor that links Azerbaijan with Nakhichevan, an Azeri enclave in Armenia that straddles the border with Turkey. The opening boosts Turkish efforts to expand transportation tie-ups with the Caucasus, Central Asia, and China’s infrastructure-driven One Belt One Road Initiative that seek to bind Eurasia to the People’s Republic.

Turkish transportation minister Adil Karaismailoglu was quick to announce that his office was about to complete a study for the construction of a railway through the corridor as part of US$5.7 billion project to link Turkish, Azeri and Georgian transportation nodes and ports.

Turkey this month dispatched its first China-bound freight train that travelled on the newly opened rail line from the northeastern Turkish city of Kars to the Azeri capital of Baku via Tbilisi in Georgia and then across Kazakhstan to Xi’an Province.

The Caucasus ceasefire deal includes no security provisions for the use of the corridor by Armenia even though Armenian Prime Minister Nikol Pashinyan and Russian Foreign Minister Sergei Lavrov have suggested that a railway linking Armenia to Iran was a possibility.

Turkey’s advantage in Nakhichevan reinforces the significance of last week’s opening of a 220-kilometer long railway linking Khaf in northeastern Iran to Herat in western Afghanistan.

Iran and Afghanistan are discussing with Kyrgyzstan and Tajikistan extension of the rail link to China.

Mr. Erdogan’s verbal toying with a break-up of Iran as a nation state, like the railway competition, is one facet of Turkish and Iranian efforts to carve out their individual places in an emerging rebalanced world order.

In doing so, Turkey and Iran are exploiting a vacuum created by reduced US engagement, China’s economic-driven approach to geopolitics, and challenges across the former Soviet Union to Russian hegemony in a swath of land that stretches from Afghanistan via the Caucasus and the Eastern Mediterranean into North Africa.

Mr. Erdogan’s provocative playing with words and images that were certain to raise Iranian eyebrows came as he was taking steps to improve relations with Iran’s archrivals, Israel and Saudi Arabia, that were certain to curry favor with incoming US President-elect Joe Biden.

The Turkish president appointed Ufuk Ulutas, a 40 year-old Hebrew-speaking think tanker who studied the Middle East at Hebrew University in Jerusalem, as his first ambassador to Israel in two years.

The appointment was announced as the United States imposed long-anticipated sanctions on its NATO ally over Turkey’s procurement and testing of  Russia’s S-400 air defense system.

Turkey has also diverged from positions shared with Iran by significantly toning down its harsh criticism of the establishment of diplomatic relations between Israel and Arab states.

“Every country has the right to create ties with any country it wants,” said Turkish Foreign Minister Mevlut Cavusoglu in response to Morocco becoming the latest Arab country to formally recognize the Jewish state.

Earlier, Mr. Cavusoglu, in the first face-to-face meeting between senior Saudi and Turkish officials since the October 2018 killing of journalist Jamal Khashoggi, met with his Saudi counterpart, Prince Faisal bin Farhan, on the sidelines of an Organization of Islamic Cooperation (OIC) conference in the African state of Niger.

“A strong Turkey-Saudi partnership benefits not only our countries but the whole region,” Mr. Cavusoglu tweeted after the meeting.

The meeting came days after Saudi King Salman telephoned Mr. Erdogan on the eve of last month’s virtual summit hosted by the kingdom of the Group of 20 (G20) that brings together the world’s largest economies.

Mr. Erdogan sparked the most recent spat with Iran when he recited a nationalist poem by Azeri poet Bakhtiyar Vahabzadeh during a military parade while on a visit to Azerbaijan. The poem depicts as artificial the border along the Aras River that divides Azerbaijan from ethnic Azeri provinces of Iran. It suggests that Azeris on both sides of the river will one day unite again.

State-run Turkish Radio and Television’s Arabic service this week published a map on Instagram depicting Iran’s oil-rich province of Khuzestan with its large population of ethnic Arabs as separate from Iran. Iran has blamed Saudi Arabia for intermittent attacks by nationalist groups that it says are backed by the kingdom.

The publication came days after the disclosure that Habib Chaab, a leader of the Arab Struggle Movement for the Liberation of Ahvaz, or ASMLA, had been kidnapped in Istanbul by an Iraqi Kurdish drug baron in cooperation with Iranian intelligence and transported to Iran. Mr. Chaab had been lured to Istanbul in October from his exile in Sweden.

Turkish intelligence officers and police have detained 11 men, all Turkish citizens, who have been arraigned on charges that include “using weapons… to deprive an individual of their liberty through deceit,” a Turkish official said.

ASMLA aims to gain independence for Iranian Arabs who have long complained of discrimination and neglect.

Iran blames ASMLA for a 2018 attack on a Revolutionary Guard military parade in the Khuzestan capital of Ahwaz that killed 25 people and wounded more than 50 others.

Iranian and Turkish officials have largely sought to downplay the significance of the incidents.

“Based on my past knowledge of Mr Erdogan, it is very unlikely that he had any intention of insulting our territorial integrity. He always recites poetry in his speeches,” said Iranian President Hassan Rouhani.

Mr. Rouhani may have helped to squash for now an escalating spat but statement by protesters outside the Turkish consulate in Tabriz, the capital of the Iranian province of East Azerbaijan, carried by the semi-official Fars News Agency left little doubt about what Iran’s true sentiments are.

“Those who have greedy eyes on the territories this side of the Aras River had better study history and see that Azerbaijan, specifically the people of Tabriz, have always pioneered in defending Iran. If Iran had not helped you at the night of the coup, you would have had a fate similar to that of former Egyptian President Mohammed Morsi,’ the protesters said, addressing Mr. Erdogan directly.

The protesters were referring to the failed military coup against Mr. Erdogan in 2016 and the toppling of Mr. Morsi in 2013 in a takeover by the Egyptian armed forces.