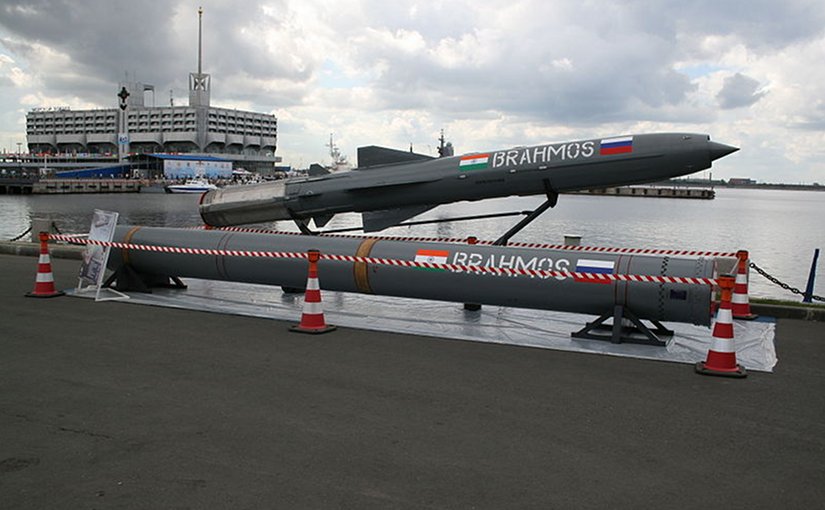 The Philippines’ interest in purchasing India’s BrahMos cruise missile has thrown a spotlight on the growing security ties between Manila and New Delhi. The acquisition of the supersonic anti-ship missile, which can be mounted on multiple platforms, would signal the arrival of Delhi as a new security partner for the Southeast Asian country. Not only would it be the first export of the missile co-developed by India and Russia, it would also be India’s first major defense sale to the longtime U.S. ally. The deal is expected to be signed next year in a summit between Philippine president Rodrigo Duterte and Indian prime minister Narendra Modi. The deal would be set against a background of growing convergence between India’s Act East Policy toward Southeast Asia and Philippine efforts to diversify its partners in pursuit of an independent foreign policy.

India’s relation with the Philippines is one of the most underdeveloped Delhi has with any country in Southeast Asia. But more spaces are being opened by Manila’s recent drive to expand ties with non-traditional partners. This effort is seen as a cushion against growing great power competition and a response to increasing concerns about overexposure to a limited set of economic and security partners. In his speech before the virtual 75th session of the United Nations General Assembly in September, President Duterte cited two multilateral bodies with which the Philippines is working to demand the Covid-19 vaccine be a global public good: the Association of Southeast Asian Nations (ASEAN) and the Non-Aligned Movement (NAM). The reference to NAM, in which India is a founding member, recalls the value of a third bloc as the escalating U.S.-China rivalry draws striking parallels to the United States’ geopolitical contest with the Soviet Union during the Cold War. India’s membership in both the BRICS (Brazil, Russia, India, China, South Africa) grouping and the Quadrilateral Security Dialogue (which includes Australia, Japan, and the United States) provide a valuable lesson in engaging partners on both sides of the current geopolitical divide.

Philippines-India ties can anchor national and regional synergies. The transition of India’s Look East Policy of the 1990s to the Act East Policy in 2014 dovetails with Philippine aspirations to extend the bounds of its diplomacy to reach out to new partners. Delhi’s Indo-Pacific Oceans Initiative jibes with the ASEAN Outlook on the Indo-Pacific. Both the Philippines and India are members of NAM and are developing countries. Furthermore, there is plenty of synergy between New Delhi’s “Make in India” initiative and Manila’s “Build, Build, Build” infrastructure program. The Indian infrastructure company GMR Group, for instance, partnered with Philippine-based Megawide Construction Corporation to operate and develop the Mactan Cebu International Airport, the Philippines’ second largest. The partnership also recently completed a new passenger terminal for Clark airport and will be upgrading the Philippines’ busiest airport in Manila.

Bilateral relations have gathered momentum in recent years. The Philippines-India Joint Commission on Bilateral Cooperation (JCBC) met in early November five years after it was last convened. In the meeting, both sides agreed to enhance cooperation in fields including health (notably in addressing the Covid-19 pandemic), defense, trade and investment, education, tourism and people-to-people ties. Significant milestones were also reached. Prime Minister Modi became the first Indian prime minister to visit the Philippines in 36 years as he attended the ASEAN-India and East Asia Summits hosted by Manila in November 2017. Ahead of his visit, the two sides held their twelfth Philippines-India Policy Consultations and third Strategic Dialogue in New Delhi. The Philippines was also the destination for Nirmala Sitharaman’s first overseas trip as India’s defense minister when she attended the ASEAN Defense Ministers Meeting – Plus in October 2017.

In a clear signal of its interest to deepen ties with Southeast Asia, all 10 ASEAN leaders, including President Duterte, were invited to India’s Republic Day for the first time in 2018. In his Delhi trip, Duterte obtained $1.25 billion worth of investment pledges. Indeed, warming ties between both sides have been felt across the board. In 2018, the first office of the International Rice Research Institute outside the Philippines was established in Varanasi, India. In October last year, Indian president Ram Nath Kovind met Duterte in Manila as the two countries marked 70 years of diplomatic relations. Kovind attended the India-Philippines Business Conclave and the fourth ASEAN-India Business Summit held in the Philippine capital. Last June, President Duterte and Prime Minister Modi held a telephone call committing to cooperate in alleviating the health and economic impacts of Covid-19. Despite India opting out of the recently-concluded Regional Comprehensive Economic Partnership, both sides are exploring a preferential trade agreement and a bilateral investment treaty.

Defense and maritime cooperation were among the areas highlighted in the JCBC meeting in early November. Both sides aimed to implement this through “military training and education, capacity building, regular good-will visits, and procurement of defence equipment.” The two countries identified counter-terrorism as an area for security cooperation to be facilitated through information exchange and support for specialized training needs. Delhi donated $500,000 in support for the rehabilitation of Marawi city in Mindanao, which was devastated in a five-month battle with radical militants in 2017. In 2018, a bilateral Memorandum of Understanding (MOU) on Defense and Logistics was signed, while another MOU on Sharing of White Shipping Information—non-military/non-government shipping vessel information—was inked last year. Likewise in 2018, Defense Secretary Delfin Lorenzana met his Indian counterpart Sitharaman, and visited the Indian Western Naval Command headquarters in Mumbai along with several Indian defense companies. In May 2019, the Philippine Navy joined its counterparts from India, the United States, and Japan for a group sail exercise in the South China Sea. Also last year, Indian Coast Guard Ship Shaunak made a port visit to Manila in February and Indian naval vessels—guided missile frigate INS Sahyadri and anti-submarine corvette INS Kiltan—followed suit in October. Last May, India repaired the Philippine Navy ship BRP Alcaraz after it caught fire and provided refuge from inclement weather to BRP Davao del Sur as the two ships picked up personal protective equipment and stranded Filipino workers and tourists. Early this year, the third meeting of the bilateral Joint Defense Cooperation Committee was held in Manila. All these events mark significant progress in expanding security cooperation between the two Indo-Pacific countries.

The BrahMos missile acquisition, if completed, will take bilateral ties to a whole new level. But while the deal has attracted significant attention, it is not the first time India has tried to take a serious part in Philippine military modernization. In 2016, Indian state-owned shipbuilding company GRSE submitted a bid for the Philippine Navy’s warship project, but eventually lost to South Korean shipbuilding titan Hyundai Heavy Industries. In September last year, Mumbai-based defense firm Larsen & Toubro Limited received a contract to upgrade the engine and fire control systems of light armor units of the Philippine Navy and Air Force. Delhi also rolled out a $100 million credit line for defense purchases for Manila. Strategic, economic, and security factors—notably the drive to diversify partners in a region in flux—will sustain these nascent gains. Whether these can be insulated from the potential disruption of leadership change remains to be seen.

This article was also published at Asia Maritime Transparency Initiative