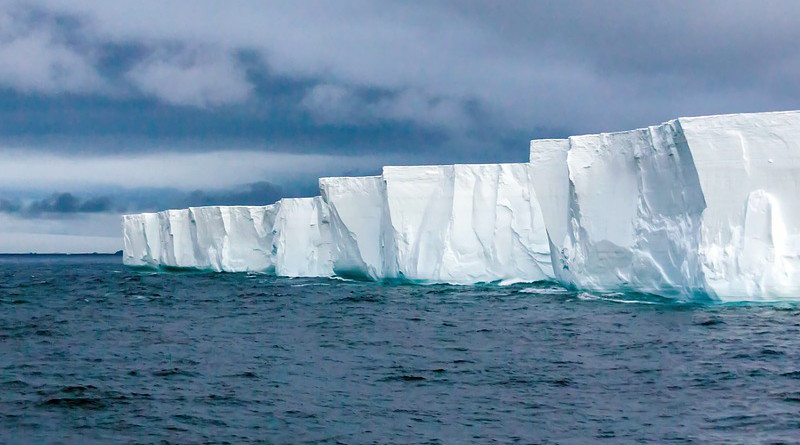 Sea level could rise higher than current estimates by 2100 if climate change is unchallenged, according to a new assessment.

Its authors say understanding the way strong global heating affects polar ice sheets will be crucial to projecting sea level rise over the next century. However, uncertainties remain and current knowledge about ice sheets suggests sea-level rise under continued strong warming could be higher than the Intergovernmental Panel on Climate Change (IPCC) ‘likely’ range by 2100.

The authors of the study, published in the journal One Earth, also suggest ways scientists can make predictions more certain, by improving our understanding of ice-sheet dynamics, such as how they interact with warming oceans and how they fracture and break apart.

Lead author Professor Martin Siegert, from the Grantham Institute – Climate Change and Environment at Imperial College London, said: “Greenhouse gas emissions are still on the rise, and strong heating, of more than 4°C by 2100, is well within the realm of the possible if emissions continue unabated.

“Currently, hundreds of millions of people live in regions susceptible to coastal flooding, and the likelihood of even worse flooding will significantly increase with severe sea-level rise. The sea-level rise we have already faced has been somewhat mitigated by flood barriers and other measures, but we are unprepared for higher rates of rise that could overwhelm these measures. If we don’t do more to avert dangerous global heating, we may reach a point where we can no longer protect people.”

The team reviewed current models of the effect of warming on ice sheets that the IPCC’s 2019 report on sea-level rise relies on. For the strong heating scenario of more than 4°C of temperature rise by 2100, the report gave a ‘likely’ range for sea-level rise of between 0.61 and 1.10 metres above 1950 levels.

However, the team’s analysis showed that ice sheet models do not include sufficient detail on key processes that may lead to significant mass loss under strong warming, meaning sea level rise above the IPCC’s likely range is far more possible than below it.

Co-author John Englander, President and Founder of the Rising Seas Institute, said: “Sea-level rise will be one of the most challenging issues faced by society in the coming decades. We need to recognize that we cannot stand by and wait for clarity about actual sea-level rise to begin planning for it.

“Waiting for better confidence in predictions is not a reason to delay building a margin of safety, for example into building codes and zoning, recognising the inevitability of sea-level rise and its catastrophic implications.”

There are two main ways sea level can rise substantially at a global level. Throughout the twentieth century, rise has been dominated by thermal expansion – added heat driving water molecules apart, expanding the volume of the ocean water. In the twenty-first century, however, the second mechanism has become dominant: the addition of water from melting ice sheets and glaciers.

While sea-level rise due to thermal expansion can be predicted using relatively simple relationships between the temperature and the expansion, ice sheets and glaciers respond to rising temperatures in complex and interconnected ways that make prediction more fraught.

Researchers looking ahead to the next century of climate change and its increasing impact on human society, nature and the environment often look back at previous episodes of natural climate change for clues as to how various earth systems will react.

At the end of the last ice age, there is evidence that ice sheets responded to warming by rapidly losing mass at rates that at times were higher than currently observed, leading to several metres of sea-level rise per century.

The team say this means current projections of sea-level rise may be underestimates, as the ice sheets may lose mass faster over the coming century than our current models predict.

To improve models and predictions, the authors identify key areas of research that are needed to fill in our gaps in knowledge. These include better mapping of the ground beneath glaciers and ice sheets, collection of data at the margin where glaciers meet the ocean, and improved coupling of models of the atmosphere, oceans, and ice sheets.

While the network of existing observations of ice sheet dynamics already gives scientists a very strong warning signal and causes for concern, the authors say these improvements could lead to a next-generation ‘early warning system’ focused on signals of rapid change in sea level, such as increases in ocean water temperature along the margins of ice sheets.

Professor Siegert said: “We already have a good start on an early warning system for dangerous sea-level rise, with satellites, airborne platforms, robotic devices, field investigators, and expert knowledge. While this network is growing and getting stronger, it has major weaknesses at ice-sheet boundaries that require urgent action. We need to develop an array of robotic devices in key parts of Antarctica and Greenland that are most vulnerable and capable of rapid sea-level rise in the future.”