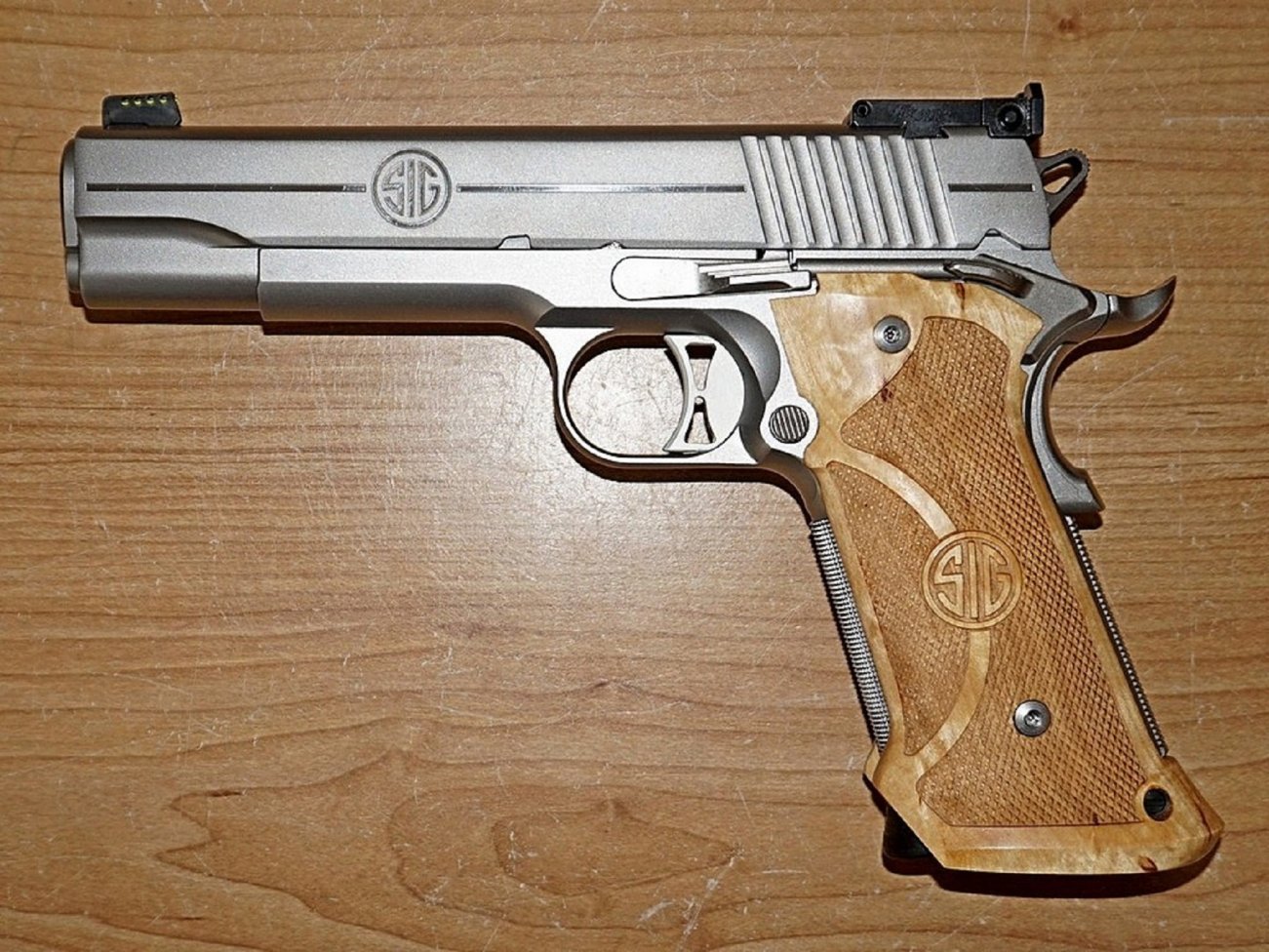 In the light of recent snarky social media commentary by Heckler and Koch as to why they didn’t put out their own version of the 1911, it might be worth examining Sig Sauer 1911.

Here’s What You Need To Remember: The GSR pistol is considered to be superb – although it’s worth noting that Sig Sauer does not make all the parts for it themselves.

As Sig Sauer, Inc. established itself as a truly American company distinct from its German counterpart Sig Sauer, GmbH, one of the first products it rolled out was its take on the 1911, a classic American design. In the light of recent snarky social media commentary by Heckler and Koch as to why they didn’t put out their own version of the 1911, it might be worth examining Sig Sauer 1911. Is it worth it for modern manufacturers to do their own take on the classic American pistol?

Partially. Sig Sauer, Inc.’s 1911s have come in a wide variety of models and vary greatly in the quality of parts, and whether they bring anything new to the 1911 market thus varies by the individual model.

The result was the Sig Granite Series Rail (GSR), a nod to the railed frame and the nickname for New Hampshire, the “Granite” state, where Sigarms was headquartered. By most accounts, the GSR was an excellent pistol, though a lot of the parts that went into the pistol were not made by Sigarms in house, but rather produced by a litany of renowned 1911 part manufacturers, and then sent to Sigarms for final finishing and assembly. Sigarms would also mill the slide with a distinctive pattern and rear serrations similar to those on their P22(x) series of pistols.

The GSRs are generally regarded as superb pistols at their price point due to the pedigree of parts used in them. But Sigarms would later phase the GSR line out and begin to manufacture more parts in house around 2008 or 2009. Around the same time, they changed their name from Sigarms, Inc. to Sig Sauer, Inc. The GSR was replaced with the Sig “Revolution” line, due to an increase in the number of models offered and the change in finishes and parts. Eventually, Sig Sauer, Inc. would name the line “SIG 1911” and produce both regular and railed variants of the pistol, though all featured the distinctive milling on the slide emulating their P-series.

But around the same time, Sig Sauer, Inc. started to face criticism for using Metal-Injected Molding (MIM) parts in some of their guns, including their 1911 line. Sig Sauer, Inc. is not transparent about which parts are MIM molded in their 1911s, but generally, MIM parts are considered to be inferior to those machined out of bar stock. Some owners have had issues with MIM parts breaking in their SIG 1911s, but the more expensive models in the line continue to get good reviews. Small Arms Review wrote an approving review of the 1911 TACOPS model in April 2015.

But SIG is starting to face harsher competition. The prices on custom shop 1911s are falling as modern CNC techniques make it easier to produce parts. Dan Wesson 1911s are now priced at around the same level as SIG 1911s. As Dan Wessons are known to have absolutely no MIM parts, they might be a better option for those who are skeptical of the quality of MIM parts.

Charlie Gao studied Political and Computer Science at Grinnell College and is a frequent commentator on defense and national security issues. This article first appeared in 2019.